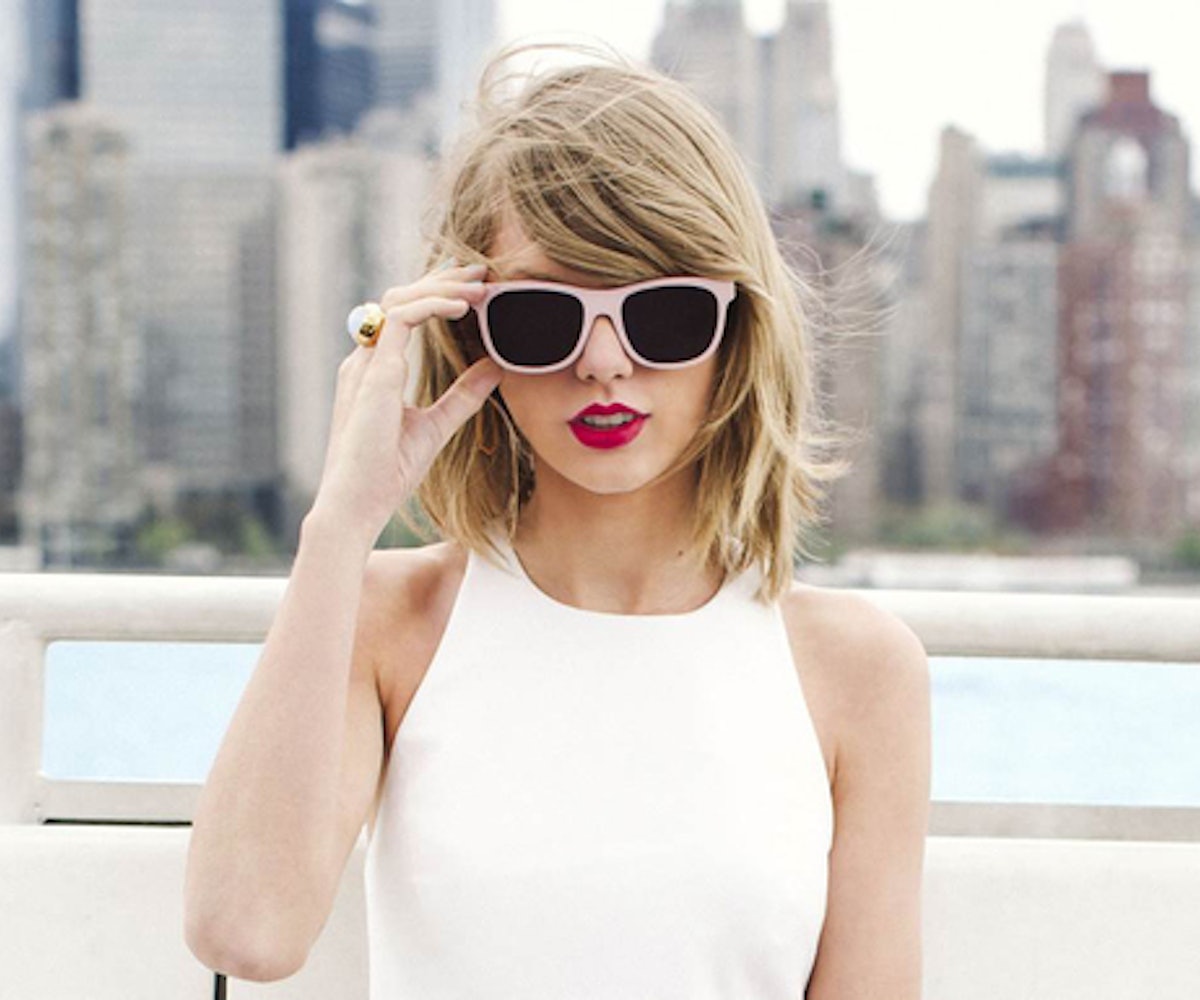 Update 8/22/17: Taylor Swift posted another cryptic video of what's definitely a snake to her social channels today. Fans have identified the reptile as being a bush viper, but have yet to decipher what it all means.

Today marks the first time in nearly 100 years that a solar eclipse will cross America from the Pacific to the Atlantic and the first one in 38 years to be seen in the States at all. It's what you'd call a BFD, so what better time for Taylor Swift to ask her manager to hold her morning artisanal tea and emerge from her social media blackout. There can only be room for one eclipse in this world, and Taylor Swift is no stranger to the art of eclipsing. (Can we get a witness?)

Late last Friday, Swift's social media accounts went "dark." All photos, tweets, Facebook updates, and Tumblr posts disappeared, and Swift narrowed the number of people she follows to a big 'ol zero. Oh, and her website went dark, too. (She cleans up!) Something was obviously going on, with my predicting an album announcement, and I guess I, too, cared because I woke up this morning and genuinely wondered whether Swift's profiles were still dark.

Well, ask and you shall receive! At 11am EST, Swift uploaded a GIF of what appears to be a snake's (or a dragon's?) tail moving around and glitching to her social media accounts. Her website appears to be entirely down, too. Either Swift, like many of us, is very sad about that death in last night's Game of Thrones episode or she's reclaiming the snake label Kim Kardashian West and the #TaylorSwiftIsOverParty revelers helped foster. Either way, something is coming.

Coincidentally, Katy Perry released the trailer for her alleged Swift dissing "Swish Swish" video today, which touts a basketball game between the Tigers (Perry, "Roar") and the Sheep (Swift, the alleged "wolf in sheep's clothing" Perry subtweeted at the peak of their exhausting beef). Swift: 2, Perry: 0.

Anyway, Swift's GIF has only been around for less than an hour, and it's already eclipsing the actual solar eclipse talk on the internet. I guess this is Taylor Swift's world and we are all really just living in her shadow.