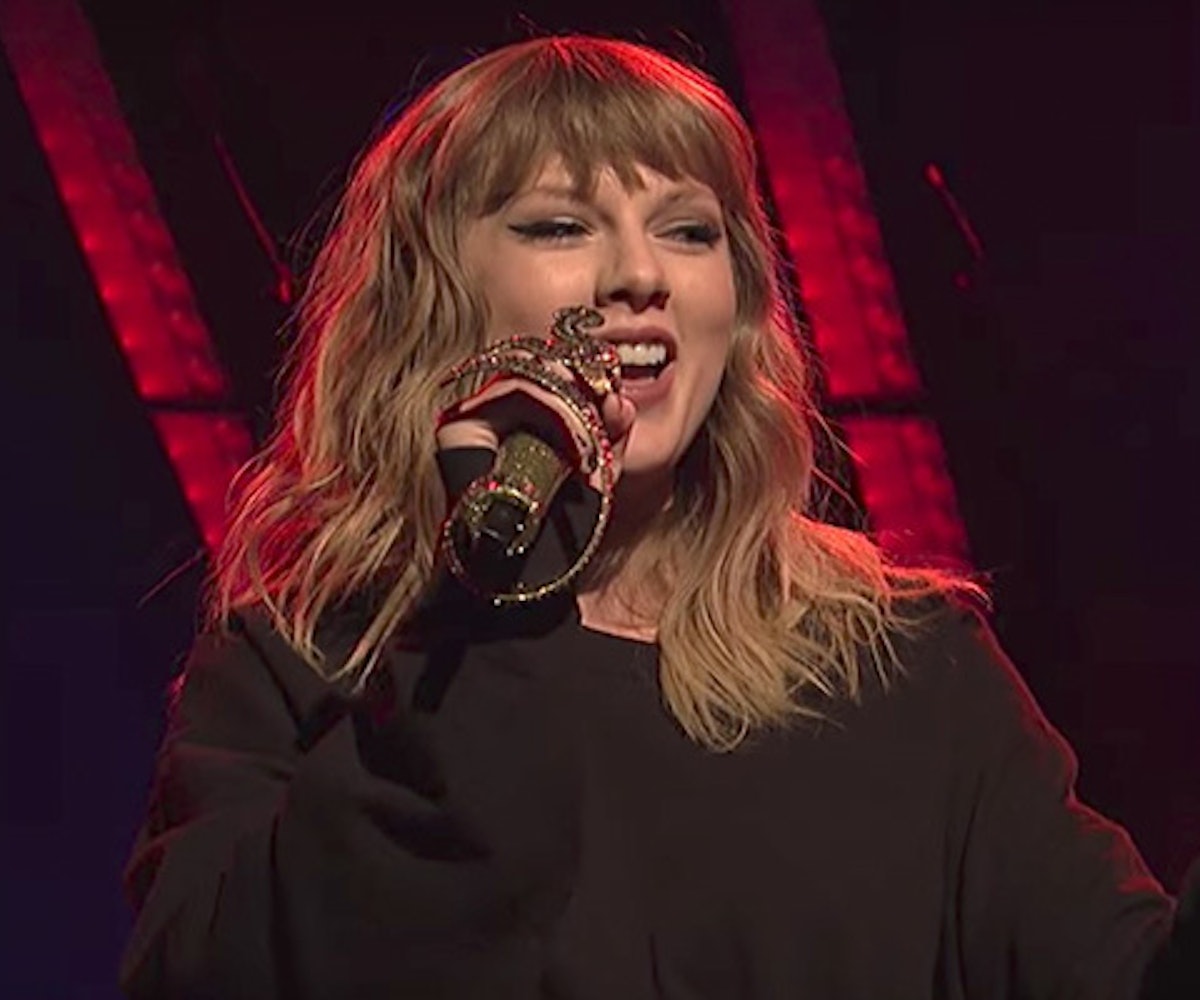 Taylor Swift continues to embrace the whole snake thing as part of her New Taylor™ brand. During her performance of "Ready for It?" on Saturday Night Live, the singer used a rhinestone-encrusted snake-shaped microphone, just to remind everyone that there is no grudge too petty for Swift to not hold on to forever.

Oh, but also? Her fans were living for it. Seeing as it was Swift's first time performing her singles for a live TV audience, and her first time on the show since 2009, Swifties were very excited, especially when they saw her snake mic.

A lot of people love that she's co-opting an image that was used against her, by Kim Kardashian and her fans last year.

Swift's performances got a lot of people pumped for her upcoming Reputation tour.

She also sang an acoustic version of "Call It What You Want," which is basically about how she's moved on from the drama of 2016 and is in a better place now.

A lot of fans think Swift is at the top of her game.

Unfortunately, we didn't get to see her in any sketches in last night's episode.

But, she still managed to trend worldwide, because she's Taylor Swift.

You can watch both full performances below.

"Call It What You Want"