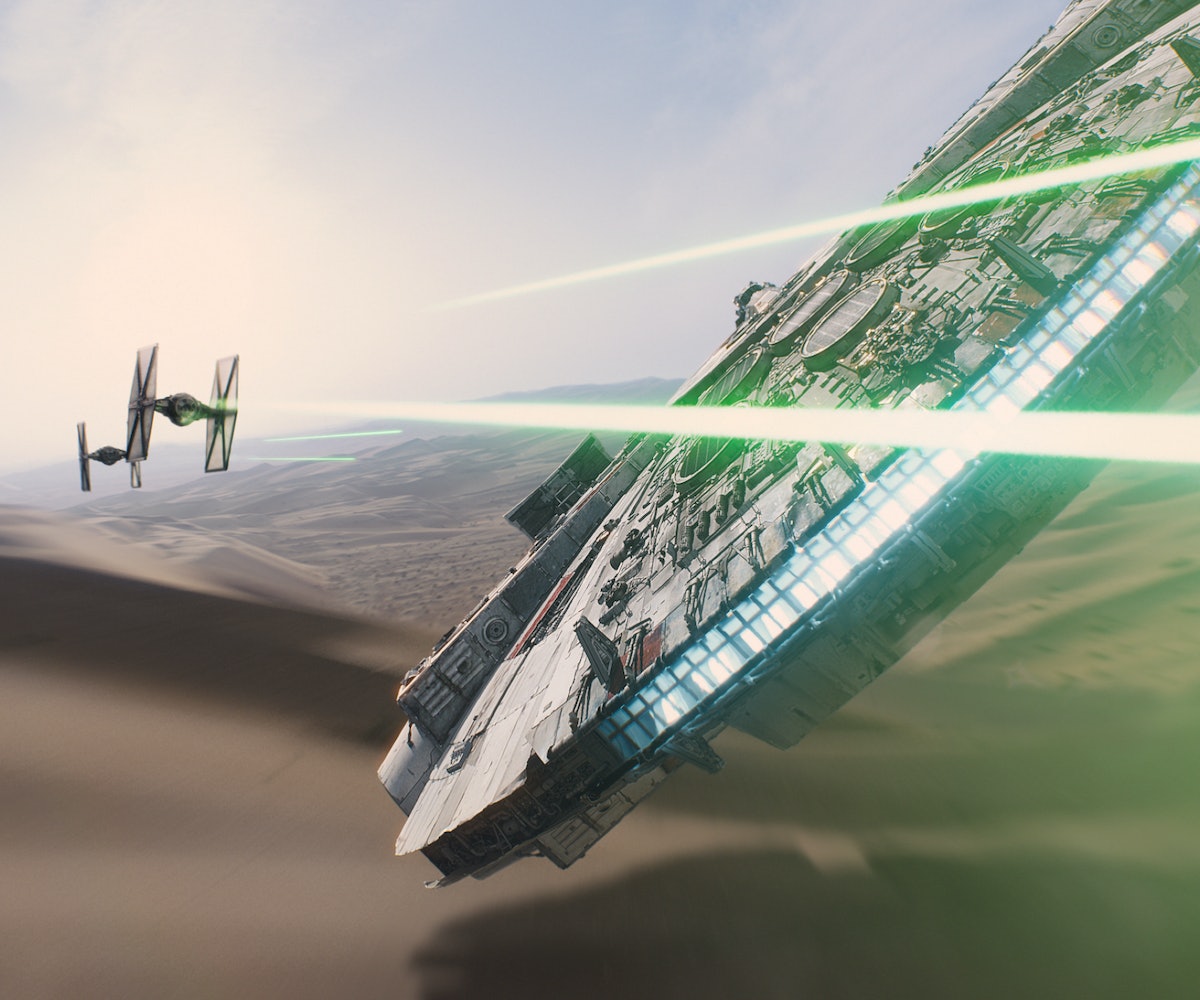 Nowdays, movie studios might spend tens of millions of dollars on a film's marketing campaign. There are billboards, posters, junkets, merchandising, premieres, and on and on. But the backbone of any good promotional effort has always been the trailer, traditionally appearing in theaters before a screening, but now ingrained in our everyday online experience. And in many cases, trailers themselves have been elevated to an artform, telling you less of what a movie's going to be about and more of how it's going to actually feel. Here are ten movie trailers that to do just that.

Every trailer for this post-apocalyptic blockbuster was breathtaking and set off a frenzy online. We chose this one arbitrarily but really, they all deserve a spot on the list. What’s even more remarkable is that the actual movie was even more bonkers than this.

The most anticipated trailer of all time did not disappoint. Trading on enough nostalgia to get die-hards misty eyed while showcasing the franchise’s fresh blood, it was sufficient to make this 88-second clip the most viewed movie trailer in YouTube history. And that final shot of the Millennium Falcon is instantly iconic.

Where the Wild Things Are

What would this trailer be like were it not scored to Arcade Fire’s towering anthem, “Wake Up”? Not sure, but with it, the clip is transcendent.

For this searing drama about marital infidelity, the trailer uses the sound of an oncoming train to build tension and an inevitable, fast-approaching dread. It’s a perfect metaphor for infidelity itself: no matter how hard you try and hide, the truth always comes out.

There Will Be Blood

Paul Thomas Anderson is an atypical filmmaker so it makes sense that he’ll put out an atypical trailer. No music here, just a terrifying monologue courtesy of Daniel Day Lewis about his character’s—oil man Daniel Plainview—general disdain for the human race. We get a lot of shots of PTA’s bravura filmmaking, but as this trailer makes perfectly clear, the real showstopper is Day Lewis himself.

There isn’t much to say here except that this is probably the greatest single trailer of all time. Also, the song is called “Faith in Love” by CSS in case you are wondering, which you are.

The Lawrence of Arabia of movie trailers. We have no idea why this thing clocks in at just under six minutes, and like the movie itself none of it makes much sense. It is, however, mesmerizing to look at, and at about the halfway mark it transforms into one of the greatest music videos M83 never made.

The Internet had been buzzing about Alfonso Cuaron’s lost-in-space thriller for years. The rumor was that the director employed revolutionary filmmaking techniques to create something that had never been done before. This trailer proves those rumors to be very, very true.

Our first look at Christopher Nolan’s psychological blockbuster kept the movie’s mind-bending plot a secret, but it’s notable for making that blaring horn sound the universal signifier for a major motion picture event.

Requiem For a Dream

This came out before trailers made their debut online and before Darren Aronofsky was a household name. We can imagine arthouse audiences staring at the screen with their mouths agape as the hyperkinetic editing and pulsating music shocked their system. This is what a movie trailer doped up on methamphetamines looks like.

NEXT UP
Fashion
You Can Now Wear A Keith Haring Piece On Your Wrist, Thanks To Pandora
Fashion
This Y2K-Beloved Bag Is The Most Sought After Item Of 2022
Entertainment
YDE On Her EP, Lady Gaga & Making New Short Film 'Send Help’
Entertainment
Paramore Announces Album 'This Is Why' For February 2023