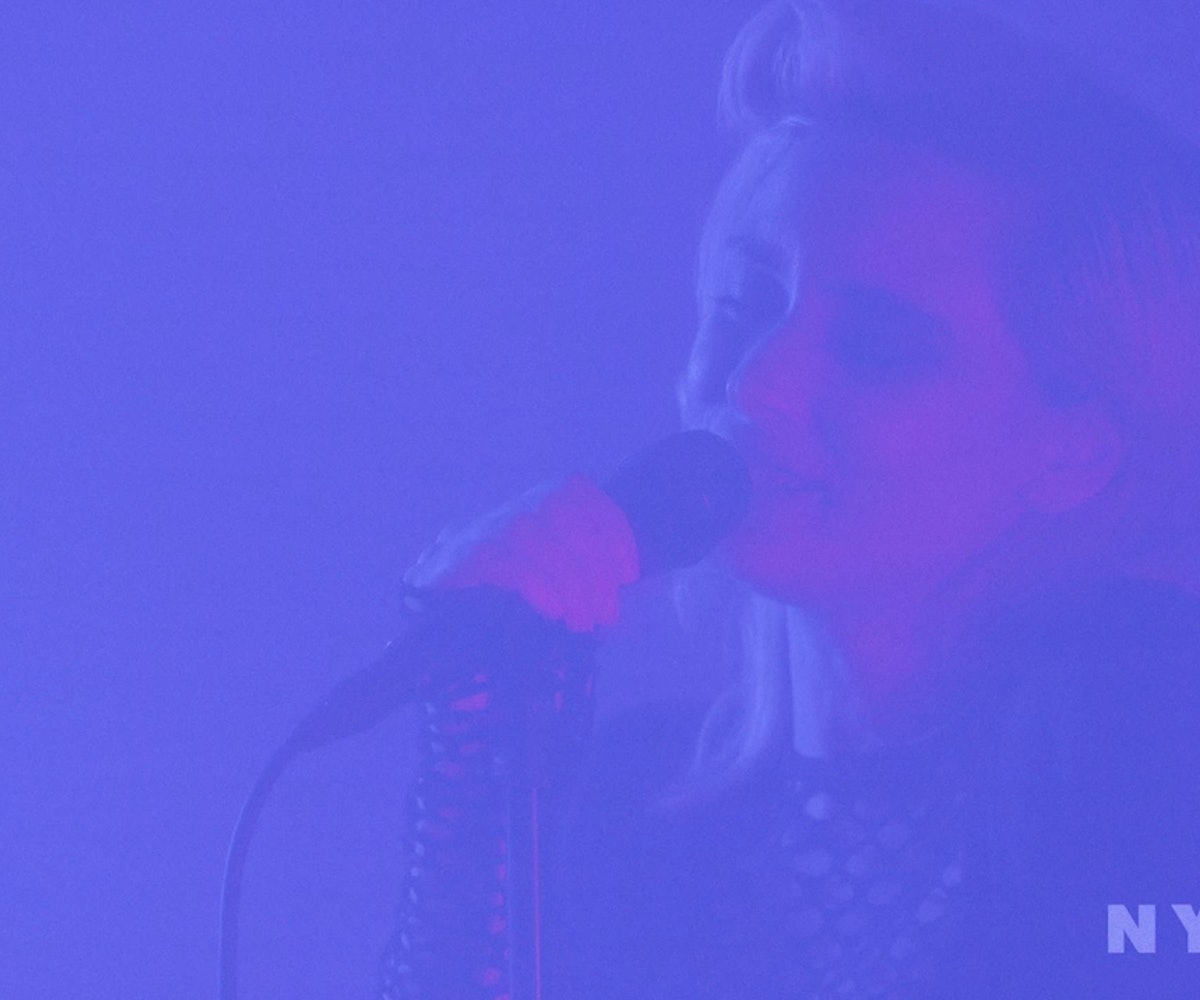 Terror Jr is the future of pop and electronic music. The enigmatic duo comprised of Lisa Terror (real surname: Vitale) and David “Campa” Singer-Vine have courted mystery for well over a year now since their debut single "3 Strikes" soundtracked Kylie Jenner's lip gloss ad-slash-music video. Now, with three EPs and a wildly successful headlining tour under their belt, Terror Jr is on their way to becoming the success story anyone of their exceptional caliber so rightfully deserves.

We've been singing the duo's praises since the beginning, so it is with great honor that we present Terror Jr's first proper music video. Shot on-location in the NYLON studio while they were in NYC for their Grapeland tour, Lisa Terror brings the hazy world of the Terror Jr live set to life. Aside from the grape-scented fragrance they pump through whatever venue they're playing, the stage setup is true to form. (If only Willy Wonka's Smell-O-Vision were real.) Their live rendition of "Truth," the final song off their first Bop City EP, is chilling. Love, after all, can be a torrid thing. When you lie together, does it then become truth?

Hard to say, but what is true is Terror Jr is the realest of the real deals. The terror they're bringing is rising. Bop this way.

NEXT UP
Entertainment
Björk's Music Video Evolution, From Fresh-Faced Star To Avant-Garde Master
Entertainment
Måneskin Is The Hot Italian Rock Band To Watch Right Now
Entertainment
Getting Ready With Pale Waves For Their 2022 New York City Concert
Entertainment
On ‘Cool It Down,’ A Spitfire Band Matures