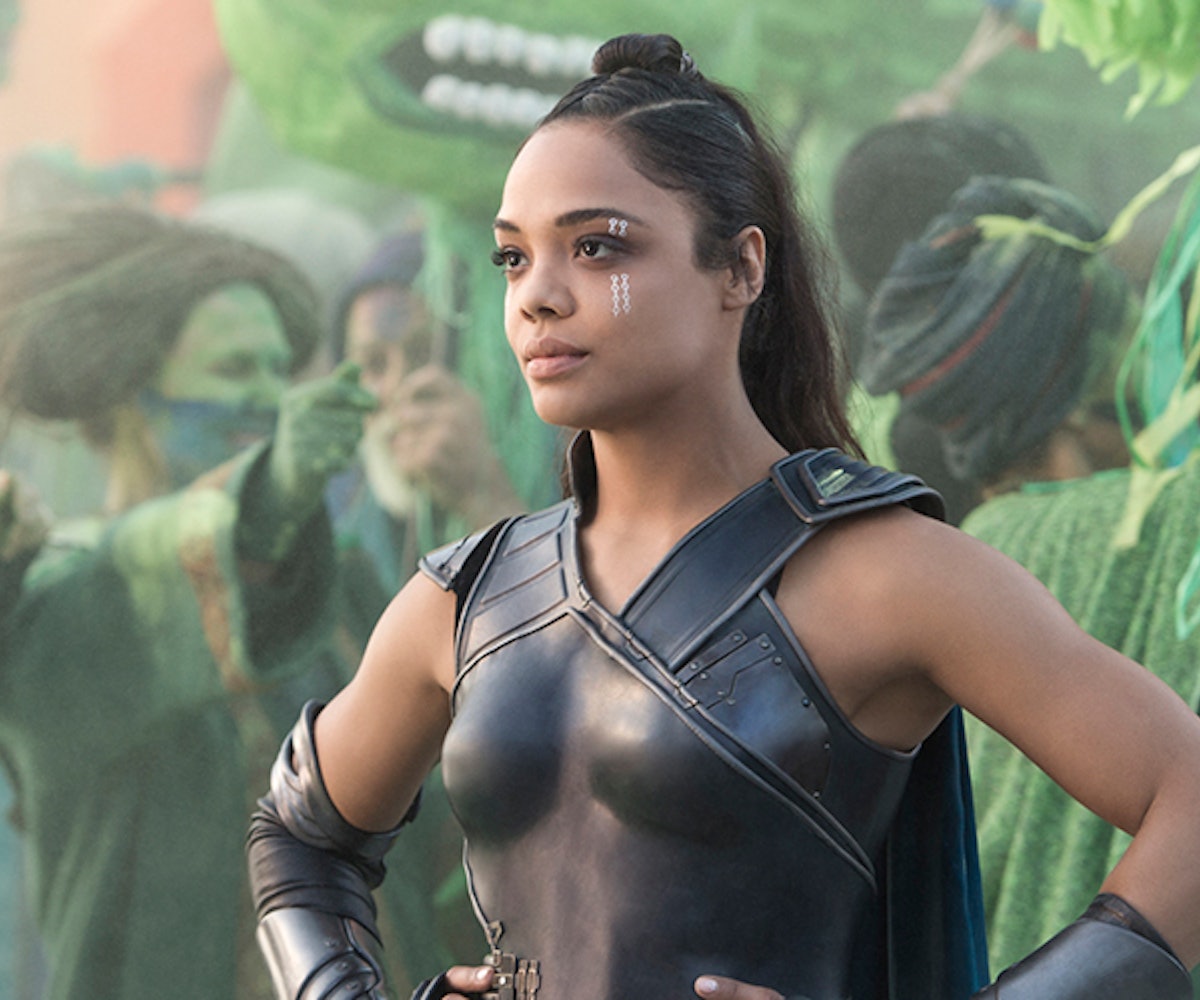 The Avengers: Infinity War campaign promises it will be "the most ambitious crossover event in history." It's bringing together nearly 40 superheroes across a handful of Marvel universes to fight the Big Bad: Thanos. Considering it picks up right after Thor: Ragnarok ends, you'd be safe to assume the boozing and brooding Valkyrie would be included in such a crossover, but, dear friends, you would be wrong. Tessa Thompson's character is not part of the box office-shattering film. At least... not how you would expect.

Thompson, likely taking a break from celebrating Janelle Monae's Dirty Computer release (which she stars in), commented on Valkyrie's absence Sunday night. She shared a photo of Sebastian Stans' Bucky, hair blowing in the wind, holding a little white goat. "Me in Infinity Wars," she captioned in before correcting the spelling of the movie in a follow-up tweet. (It's War, Tessa. Not Wars...) Anyway, mystery solved. There she is, a goat. Which begs the question Monae asks in "Django Jane": "If she the G.O.A.T. now, would anybody doubt it?" Not me!