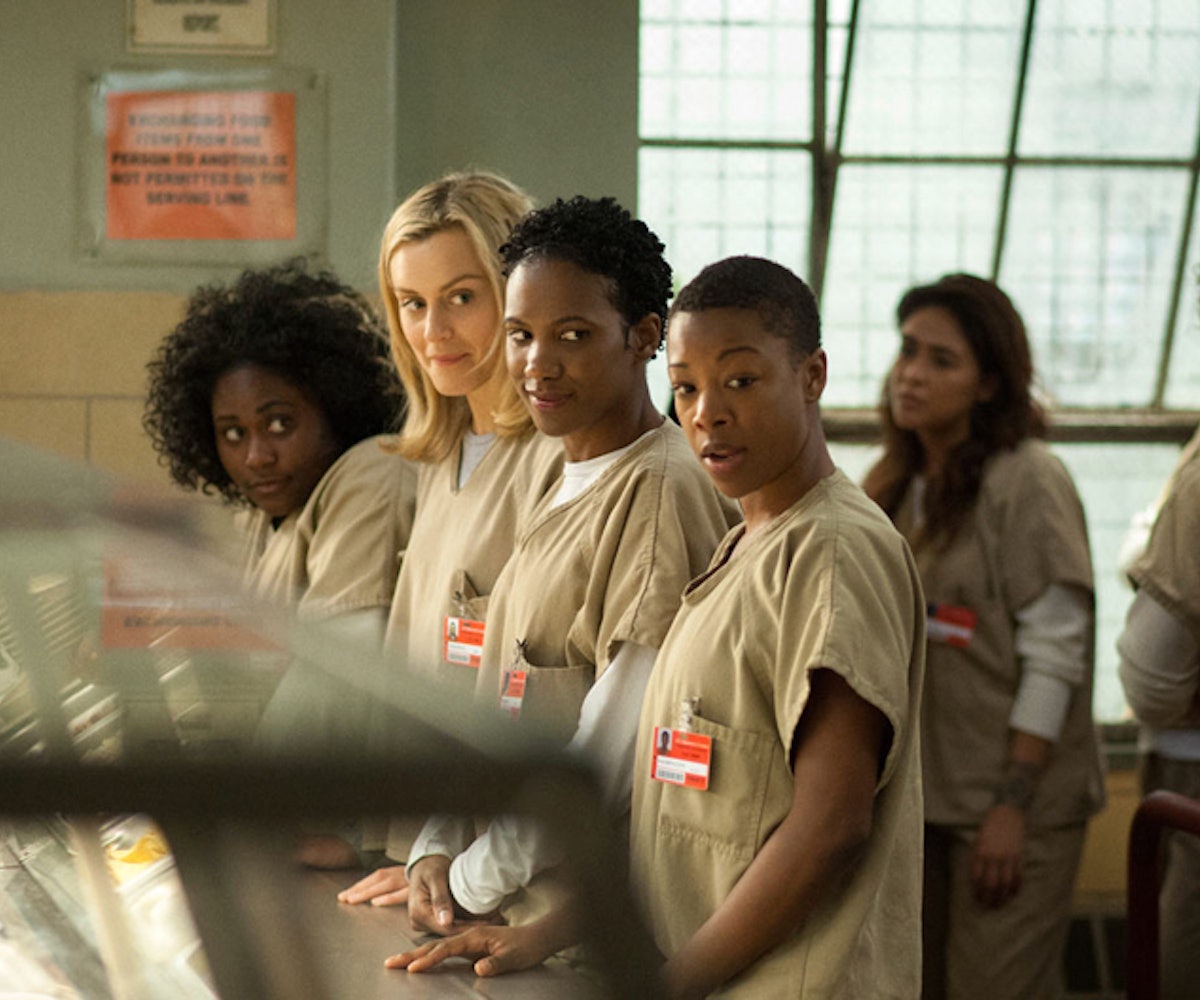 If your holiday break goes anything like mine, it will start with a lot of eating, followed by a lot of Netflix viewing.

But what if you could combine them?

The geniuses at the online streaming service did just that--they teamed up with celeb chef Curtis Stone to come up with holiday-ready recipes for our favorite original series, Orange is the New Black and Arrested Development. Try them, eat them, eat them while watching all four seasons of AD in a row....

"I couldn't resist creating a recipe inspired by the character Red on the Netflix hit show Orange is the New Black...she is a chef, after all. This version of the classic White Russian cocktail includes orange liqueur and orange zest. Orange truly is the new black!" says Stone.

1. Fill a rocks glass halfway with ice cubes. Add the Kahlua, vodka, and Cointreau and gently stir to blend.

2. Pour the cream over so that it floats on top of the Kahlua mixture. Using a fine grater, grate some orange zest on top. Serve immediately.

"The wildly dysfunctional Bluth family on Arrested Development always seems a little bananas, drunken, spicy, or up in flames, and since they've brought me so many hilarious moments, I created this recipe in their honor! And what could be more perfect than a flamed banana dessert? AD fans, you feel me, right?!" asks Stone. Um, yes.

Make-Ahead: The spiced ice cream can be made up to 3 days ahead, kept frozen. The flambeed bananas must be served as soon as they are made.

To make the spiced ice cream:

To cook the bananas:

2. In a 12-inch nonstick frying pan, melt the butter over medium heat. Stir in the brown sugar, lemon juice, and cinnamon. Slice the bananas in half lengthwise and lay the bananas cut side down in the butter mixture. Cook for about 3 minutes, or until the bananas are caramelized on the underside and the sugar mixture has melted and become golden brown.

3. Remove the pan from the heat. Add the rum. Using a long match, carefully ignite the rum. Be sure to do this in a well-ventilated area and away from any flammable material. Allow the flame to burn out. Turn the bananas over. Return the pan to medium heat and stir in the cream. Baste the bananas with the caramel sauce for about 1 minute.

4. Divide the bananas between two plates. Spoon some sauce over the bananas. Top each with a scoop of ice cream, and then drizzle the remaining sauce over and around the ice cream and bananas. Serve immediately.

Inspired by: Orange is the New Black

Recipe 2: Up In Flames Drunken Bananas with Spiced Ice Cream