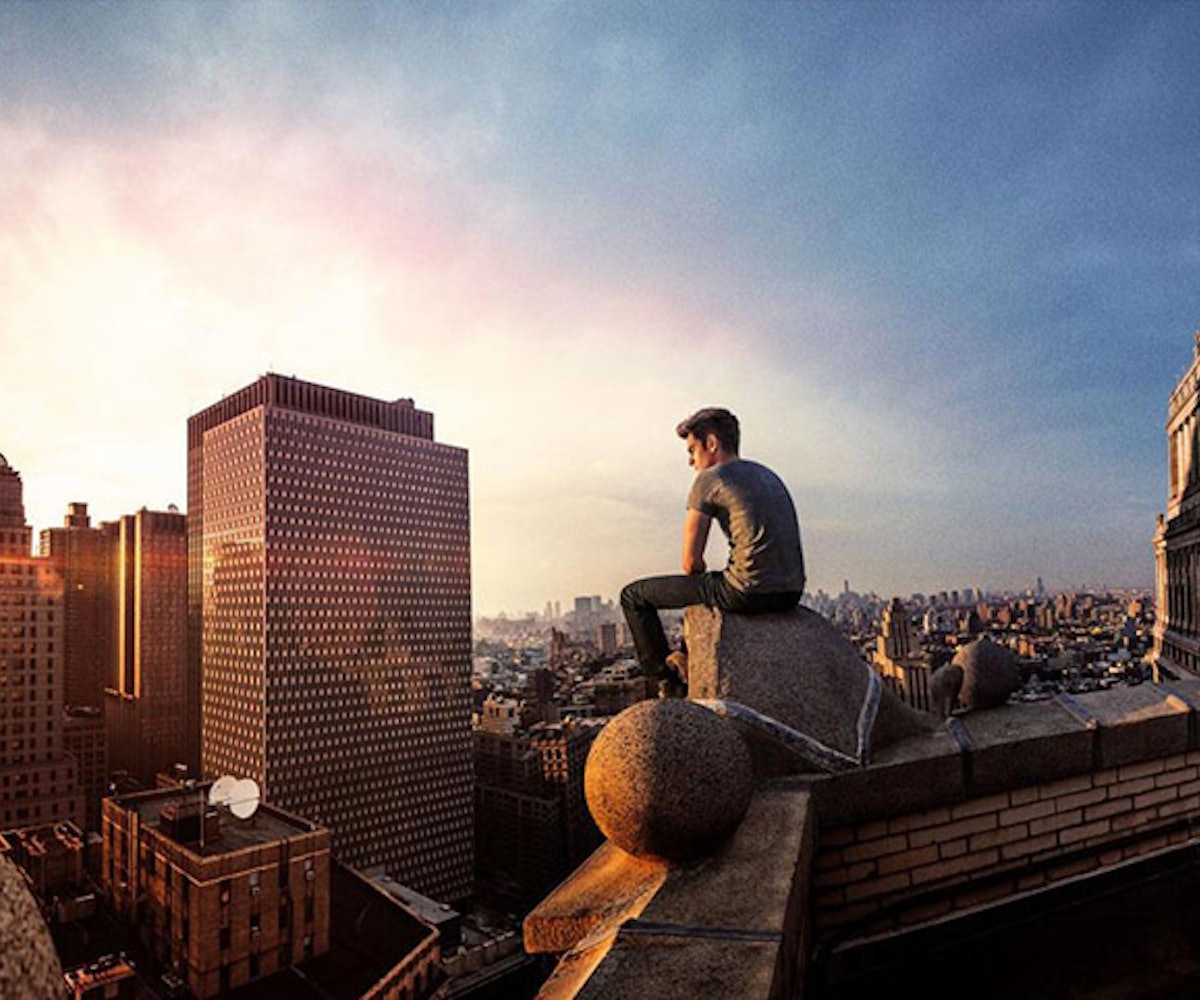 Hollywood churns out superhero franchise films like McDonald's does burgers; at a rate we appreciate but can't consume fast enough. We unfortunately live in a world where attractive men and women don't fly around New York City in spandex and fight crime with superpowers, so we're all for the influx of films giving us an immersive look into this alternate reality. The Amazing Spider-Man 2 makes staying engrossed easy, but the web of stories feels all too familiar.

Little has changed since we last left Peter Parker/Spider-Man (Andrew Garfield). He may have defeated Dr. Curt Connors-turned-Lizard in the first installment, but now he's got three new villains to worry about, and of course the evil Oscorp is responsible for their creation. The film opens with a chase and sets the scene for constant excitement, but much of the film is filled with anticipatory dialogue and repetitive destruction. Spider-Man fights the villains one at a time, never culminating in the ultimate battle that the audience deserves.

Much of the violence is skirted and the special effects look so surreal that the film actually resembles a comic book. Spider-Man's mutated blood is a central plot line, but would-be gruesome deaths remain mostly bloodless and glossed over. Garfield is so good at being a cute, empathetic hero, that when Spider-Man strangles someone with his web it's barely flinch-inducing. The action isn't missed in favor of sentimental moments.

Outside of the crime-fighting, Peter's still dating the scholastic Gwen Stacy (Emma Stone) and trying to protect her by keeping her out of the action. It's no surprise that their attempt at separation doesn't last long, and thank goodness, because their tumultuous romance is the most solid storyline in the script. When the film gets too male-driven, Stone looks on wide-eyed, acting as the moral arbiter to Peter's cavalier take on crime fighting. Fans of the comics will be equal parts pleased and saddened to hear the fate of their story stays true to the source.

All-in-all, it's refreshing to see a superhero who is such an extension of his alter ego. In this second installment we see Peter blur the distinction between himself and Spider-Man. Unlike Batman who controversially buys his power and Superman who uses his good looks, Spider-Man relies on comedic retorts and what appears to be haphazard stunts. He really gives Hamlet a run for his money as the snarkiest teenage boy ever--minus the psychosis.  Instead of sitting on the edge of your seat with fear, you'll be looking on in awe as a teenager once again manages to save the city.

This might not be the action-heavy story you're looking for, but it is a coming-of-age story worth all the spectacle.

The Amazing Spider-Man 2 is in theaters today, May 2.