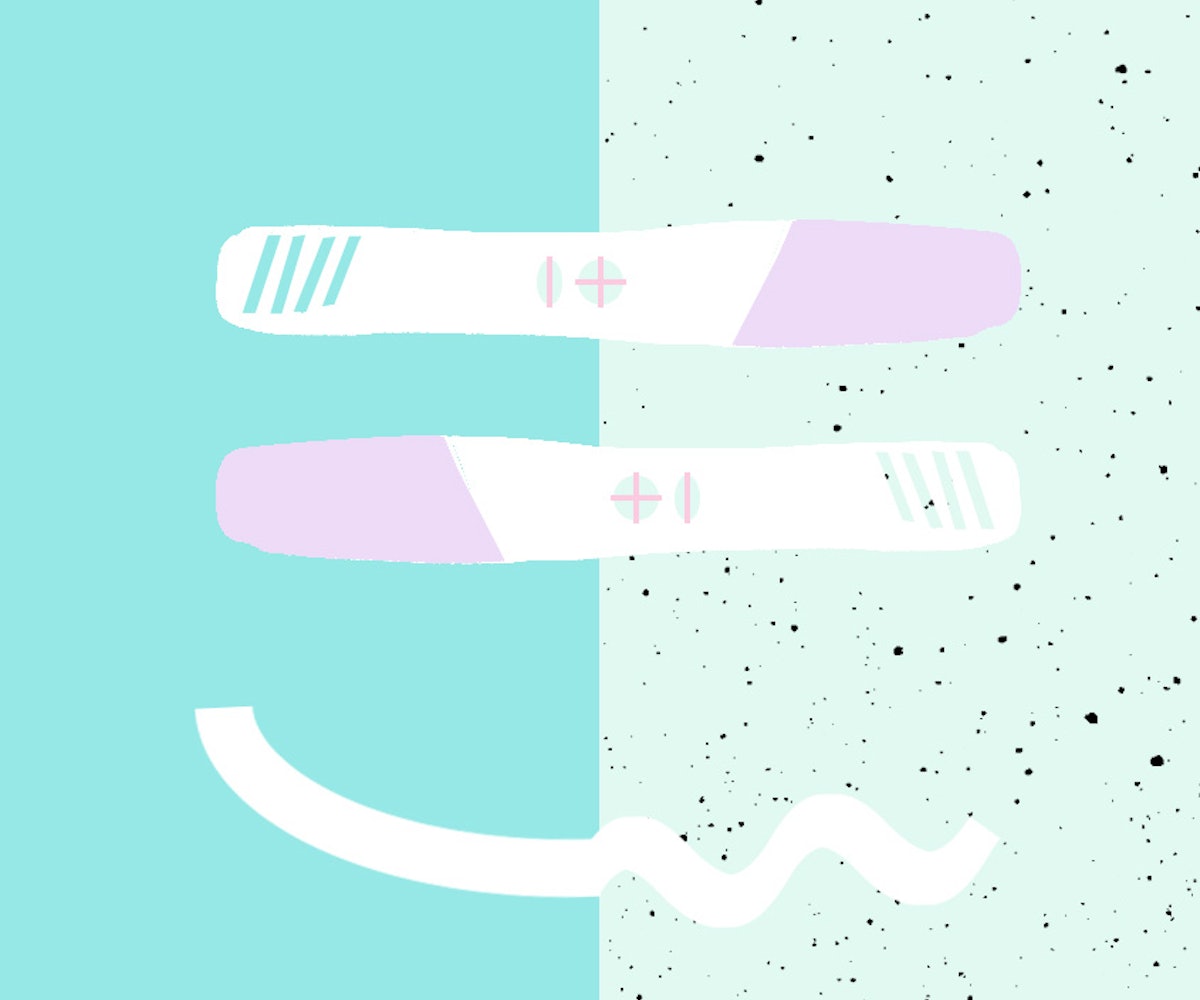 If you ask Stoya what she does for a living, her stock response is: “Google it...but not at work.” In a short, 10-words-or-less description, Stoya has sex, on film, for money. Yes, she is a “porn star,” but that is only one of her many descriptors—which also include director, activist, sex educator, columnist, feminist, New York Times contributor, artist, and lover of cats. She is also included in this year's tome Best Sex Writing of 2015: Volume 1, which is a compiliation of humorous, educational, honest, titillating, and thought-provoking pieces of content on sex, which is where this piece was originally published. Here is another look on what Mother's Day may mean for those of us who aren't interested in motherhood.

I had the privilege of growing up with a second wave feminist/reformed hippy mother. Before I sprouted my first pubic hair she handed me a mirror and a flashlight and told me to get to know my vagina. I was raised to believe that my body was mine to share with whoever I chose, whether that was one man, a couple of women, or a whole bunch of people over the course of my life. My mom homeschooled me for most of my childhood, and the parts of history that most excited her were the struggles for social change. When I was in fourth grade we drove down to Atlanta and took a tour of an old plantation. Afterwards we stood on the giant lawn and my mother’s bright green eyes turned an unsettling shade of yellow from emotional overstimulation as she educated me about the history of -isms in America and how important freedom and tolerance are.

A year or so later we found this book, The Movers and Shakers, in a used bookstore outside of Charlotte. It was about activists in the sixties. The black cover with orange and yellow writing made the contents seem urgent but the dust and used-book smell made it seem old and historical, like something important had happened in the distant past. This book prompted my mother to share her own experiences of being a young adult in the early '70s. She’d fought for civil rights, she’d celebrated when Roe v. Wade was decided in favor of reproductive rights, and she’d been the only woman working in the engineering department at a nuclear plant when she got pregnant with me. I was ten or eleven when I first heard these stories. I thought my mom was positively ancient and I had little contact with other kids or the outside world. I believed she’d helped make the world a better place a very long time ago and thought that everyone was accepting of everyone else now. I thought that all the battles for human rights had been won already and I imagined prejudice as a relic of the past; if it still existed it must have been decaying next to a gramophone or icebox in a junkyard somewhere. I saw the effects of the sexual revolution and the right to abortion as gifts that my mother’s generation had given mine.

The first time someone tried to shame me for sexual activities, I thought they were the cultural equivalent of the missing link. It took me years to really understand that there are at least as many anti-equality, anti-sex work, anti-homosexual, and anti-all sorts of other things people in the world as there are people who think like me. Sometimes I still forget. For instance, when I said in my first article for Vice that “I’ve been pretty successful at avoiding pregnancy,” I was surprised when people assumed that meant I’d never had an abortion. What I should have said was that given the amount of sex I’ve had (and without doing the actual math) three abortions seems statistically low. In the same way I feel entitled to have the kind of sex I want to have, purchase condoms, leave the kitchen, wear shoes, and put my body through attempts to find a hormonal birth control method that works for me, I feel entitled to have an abortion when necessary. They’re a last resort and I do try to avoid them, but an abortion is still a better option in my opinion than an unwanted child. All three of my abortions were medication induced. Taking RU-486 to end a pregnancy is more painful than my worst period but less painful than a burst ovarian cyst.

Just like I prefer to avoid getting pregnant at all, I’d prefer to always catch unwanted pregnancies as early as possible and avoid the more invasive aspiration or dilation and evacuation procedures. I will take a pregnancy test if I don’t see my period for twenty-nine days or if it’s suspiciously light. I’ve been on Loestrin 24Fe (a kind of hormonal birth control) since January 7. I take my pill every single day between 7am and 9am. I missed one of the placebo/iron supplement pills about a month ago and took a double dose the next day. I’ve heard that this pill occasionally causes women to stop menstruating entirely, but I haven’t seen anything resembling full-on menstruation for a suspiciously long time and I have actually taken pregnancy tests when I haven’t even touched a penis for months just to see the little minus sign or the “not pregnant” and be happy that there’s at least one thing that isn’t currently a problem if I’m having a bad week. So I went to the drugstore a couple of days ago and got a pregnancy test from the family planning aisle.

The phrase "family planning" hanging on a sign above the pregnancy tests and condoms irritates me because it implies that everyone plans to have a family at some point. As the cashier was ringing me up another woman behind the counter asked me how my day was going. I told her that I was on birth control, pointed out that I was purchasing a pregnancy test and a bottle of Aleve, and said she probably didn’t want to hear the actual answer. She chuckled awkwardly and wandered off. I usually go for EPT or Clearblue, but this time I went with First Response. When I pulled out the test and instructions, a cardboard gizmo fell out. First Response has taken the presumption that everyone wants to have a baby one step further by including a congratulatory contraption that tracks one’s due date and has a helpful form on the back for “Moments & Milestones” including possible baby names, birth time, and weight. I’d hoped that the asterisk next to “A general guide for your enjoyment” would lead to a footnote saying “You know, if you’re interested in having a baby.” But it was a disclaimer stating that only a physician can determine due dates. I grumbled while I waited three minutes for the results and seethed when both tests came up with error messages.

Inferior products aside, the thing that makes me angry is the insidious suggestion that all women want children and the subtle shaming of people who exercise their reproductive rights. This is part of the reason women feel the need to say things like “I only had one abortion” or “a baby at that point would have ruined my college prospects.” I resent the way this sneaky societal pressure has wormed itself into my brain enough that I feel the need to explain my mild latex allergies and issues with hormonal birth control or follow the number of pregnancies I’ve terminated with a reminder of how many sexual acts I’ve engaged in when talking about my own abortions. I’m uncomfortable about the way that I’ve allowed these messages to undermine my belief in my rights enough to feel defensive about exercising them. Every time that a woman like Molly Crabapple or Chelsea G. Summers vocally stands behind their decision to abort, it’s a drop in the bucket that maintains balance against people like Todd Akin and Jack Dalrymple. It reminds me that the freedoms we do have are precarious and that a sizable chunk of America sees women, homosexuals, and anyone who is different than they are as lesser beings. And it makes me that much more appreciative of those who do support freedom of choice.