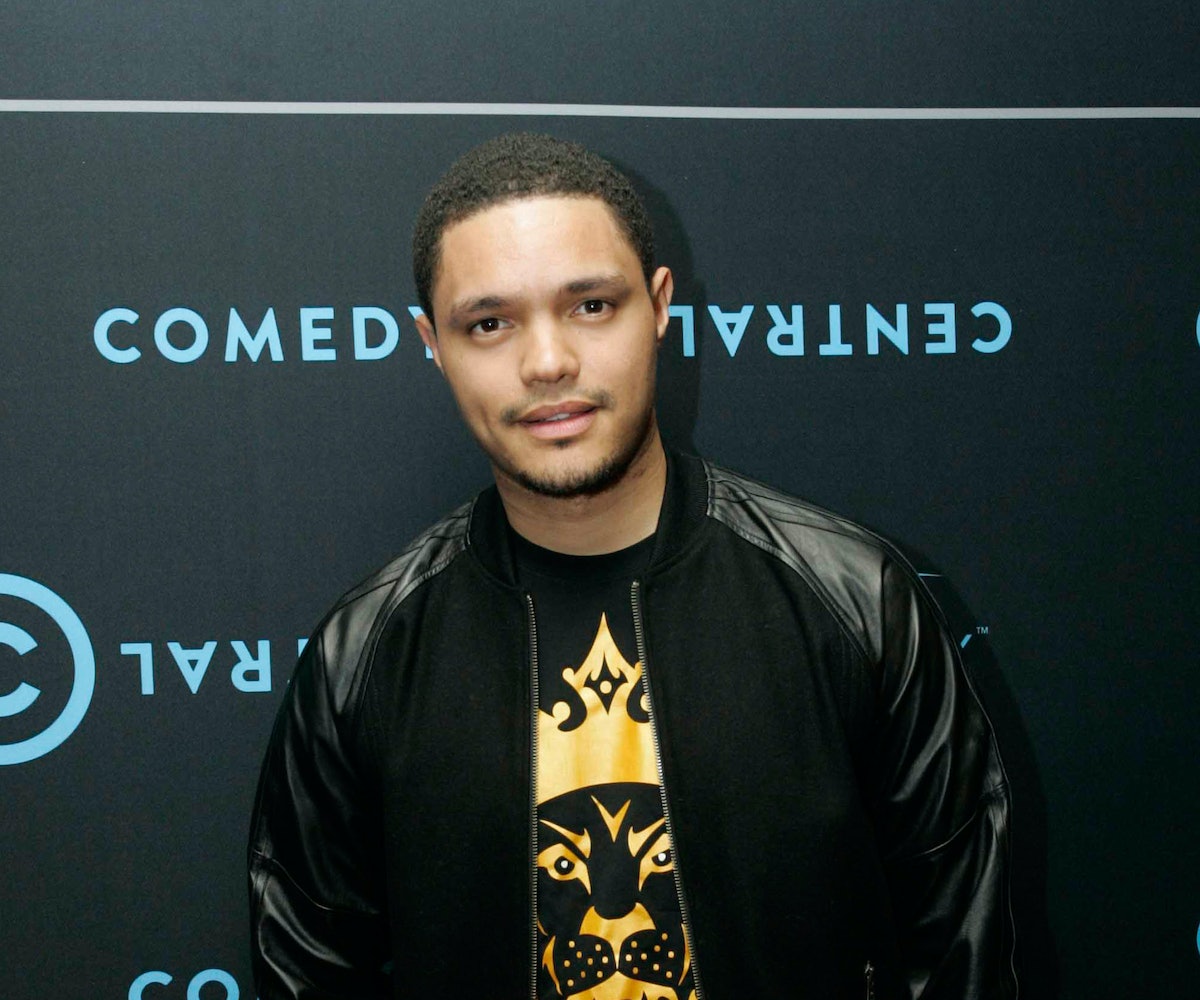 Well, that didn't take long: Not even one day after it was announced that Trevor Noah would be replacing Jon Stewart as host of The Daily Show, the South African comedian came under fire for a series of old tweets that were deemed offensive by the internet's ever-watchful outrage police. The jokes, which dated as far back as 2011 and were as recent as this year, were aimed mostly at women, Jews, and lesbians. Sexism, anti-semitism, and homophobia are never acceptable, in any form, full stop. So naturally, we were concerned that the comedian we had just declared our excitement for was turning out to be something of a bigot.

But after examining the tweets in question—tweets like, "Almost bumped a Jewish kid crossing the road. He didn’t look b4 crossing but I still would hav felt so bad in my german car!” and "I'm watching Olympic women's hockey. It's like lesbian porn"—our office (editor's note: including the Jewish lesbian editing this story) has determined that the most offensive part about Noah's tweets is just how lame they are. Making fun of oppressed minorities for a few cheap laughs? Next.

Yesterday, Noah's surprise hiring felt inspired, as highlights from his prolific-yet-unheralded standup career circulated the web. He was young; he was fresh-faced. But most of all: He was funny. In light of these poor attempts at humor, we can't help but lose some of our original Noah-induced enthusiasm. Thankfully he'll have plenty of chances to redeem himself once he takes over for Stewart later this year.

UPDATE: Comedy Central has issued the following statement: " "Like many comedians, Trevor Noah pushes boundaries; he is provocative and spares no one, himself included. To judge him or his comedy based on a handful of jokes is unfair. Trevor is a talented comedian with a bright future at Comedy Central."