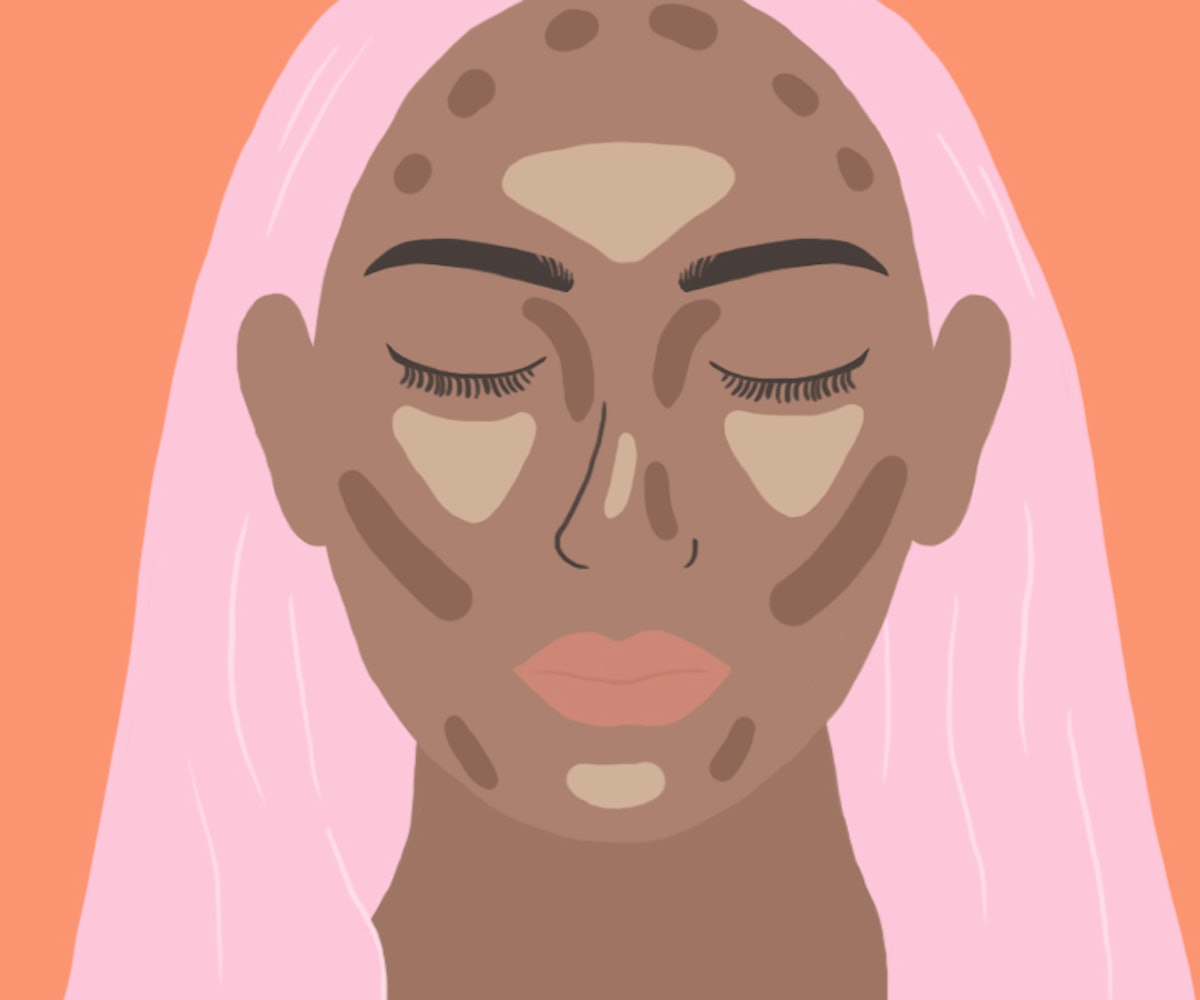 Whether you’re a contouring believer or hater, there’s no denying that there may have been no other beauty trend as popular in the last couple of years. (Well, if you ignore all things "unicorn" and "mermaid," that is.)

While it has certainly earned its right as a pop culture phenomenon (along with the fame of the reality TV stars that wear it), a lot of us feel that it can be, well, a lot and that the act of over-contouring has become something of an epidemic. But will it end?

Who would know better than industry vets themselves? We were dying to know whether the trend is here to stay or if it’s finally on its way out, so we chatted with three makeup artists to get their expert thoughts on the matter.

Let the record show, contouring is not a new concept; even the super-intense applications we’ve been seeing all across our Instagram feeds as of late have a long history. In fact, contouring has been around for some time and is rooted in a much different community than that of social media influencers and the Kardashians.

“It’s a well-known fact that contouring began in drag culture, used to create the illusion of having a feminine face shape and creating shadows to reform features,” says British makeup artist Omayma Ramzy.

Due to this origin story, some people feel that it’s wrong to mainstream this form of makeup application. “One thing I always think about when talking about the crazy contouring happening is that it’s basically drag queen cultural appropriation,” says New York-based makeup artist Ashleigh Ciucci. “These techniques have been used by queens for decades, and suddenly [cis] women are latching onto the trend and making it their own.”

So how did a beauty technique trickle down from the drag community and launch full force into one of the biggest beauty crazes to ever hit social media? Well, we might have a few specific people to thank for that. “I hate to say it, but it’s the 'krazy krossroads' of the Kardashians and Instagram,” says Ciucci. “The massive popularity of the Ks paired with selfie culture is the perfect storm for the birth of the current contour craze.”

While the concept of contouring has actually been used outside of drag for quite some time (in fact, early techniques date back to the 1500s), it’s not until recently that the dramatic takes on the trend started to dominate our feeds. “I think the newer generations are experiencing contouring in such a different way than those of us who are working artists and have been in the industry a while,” says New York hair and makeup artist Lindsey Williams. Though, she doesn’t knock its popularity. “Who wouldn’t want to appear chiseled by the Gods?!” I guess we can’t really argue with that.

And her, we’re not here to judge anyone’s beauty preferences—self-expression is extremely important. If you want to wear neon lipstick that matches your neon hair, we say go for it! If you choose to go au naturale every day, we salute you. And if you want to contour it up, by all means do you! However, there is a fine line between self-expression and modifying your face to try and achieve perceived perfection. “I think it’s so easy to feel the pressure from things like social media and Instagram to achieve a state of ‘beyond perfect’ that’s really not attainable and looks totally different in real life,” says Ramzy.

Williams tells us of a recent party experience she had. “I was terrified to experience the contoured 'Instamakeup' in real life. At least 90 percent of the room had on the exact same makeup. I felt like I was in a bizarre attack of the beauty contour clones. Individuality was completely lost on the entire room—yet they all wanted to stand out.” Editors will agree that the same goes for many industry events. I personally find it uncanny how easy it is to spot an Instagram influencer—and it's not because I recognize them from their feeds, but rather because of the amount of makeup they’re wearing in order for their selfies to look a specific way.

While all of the artists I spoke with actively use the technique (to a degree) in their work, “Instamakeup” is never an option. “I see beauty in every face I do makeup on, and I like to think that makes it easier for me to achieve a perfect natural beauty look,” says Ramzy. “I like to promote that we are beautiful, not that we need to be. There’s nothing I love more than seeing actual skin, a full real brow, natural freckles showing through, and the real flush of skin. I mean, what can I say? I think it’s cool to see when someone is actually blushing or caught some sun.”

She personally feels that the contouring craze has gotten out of hand, with it triggering a somewhat dangerous desire for perfection in young women—to the point of more permanent modifications beyond makeup. “I see 19-year-old girls with lip fillers past their noses in L.A., and there’s a certain cultural pressure to appear visually photo-perfect. I hope that young girls today don’t feel that they have to physically alter their faces to be considered beautiful in society,” she says.

So, just like every trend or fad that becomes immensely oversaturated, is the popularity of contouring every going to die out?

For those of us who don’t like to wear a pound of makeup on a daily basis, here’s some good news: It does look like a shift toward less-is-more approach is coming. Women are starting to move in the direction of a more natural look, and brands are shifting to a heavier focus on skin care rather than cosmetics. “Thanks to brands like Glossier, I like to think we have a shift in makeup trends for the masses gearing toward ‘skin first,’” says Ramzy. “With that being said, I’ve also started to see more of a separation in aesthetic—one end being the Glossier girl versus the other, where ‘contour meets reality’ with the actual modification of the face by fillers and other injectables.”

Williams agrees that cleaner, more natural looks are on the rise. “Beauty trends will always fluctuate, but I do feel that strategic, clean makeup is becoming a little more accepted, especially as people struggle to feel unique and individual in their own realization of the copycat style they may have adopted,” she says.

Of course, this just means that as one trend begins to fade out, another will replace it. This cycle moves faster than ever with the use of social media, allowing photos and videos to go viral within hours, thus sparking new trends and fads in the blink of an eye. An example of this would be the rise in highlighting and strobing, the opposite of contouring, essentially. What’s next? We’ll just have to wait and see.

Still, as beauty trends phase in and out of popularity, it means that nothing is likely to disappear forever. “I don’t think contouring will ever truly die because it’s been around for long before this current wave,” says Ciucci. What this means, of course, is that as the beauty influencers and Instagram stars begin to shy away from such a heavily made-up face, the technique shall still live on forever in drag culture—where it first began.