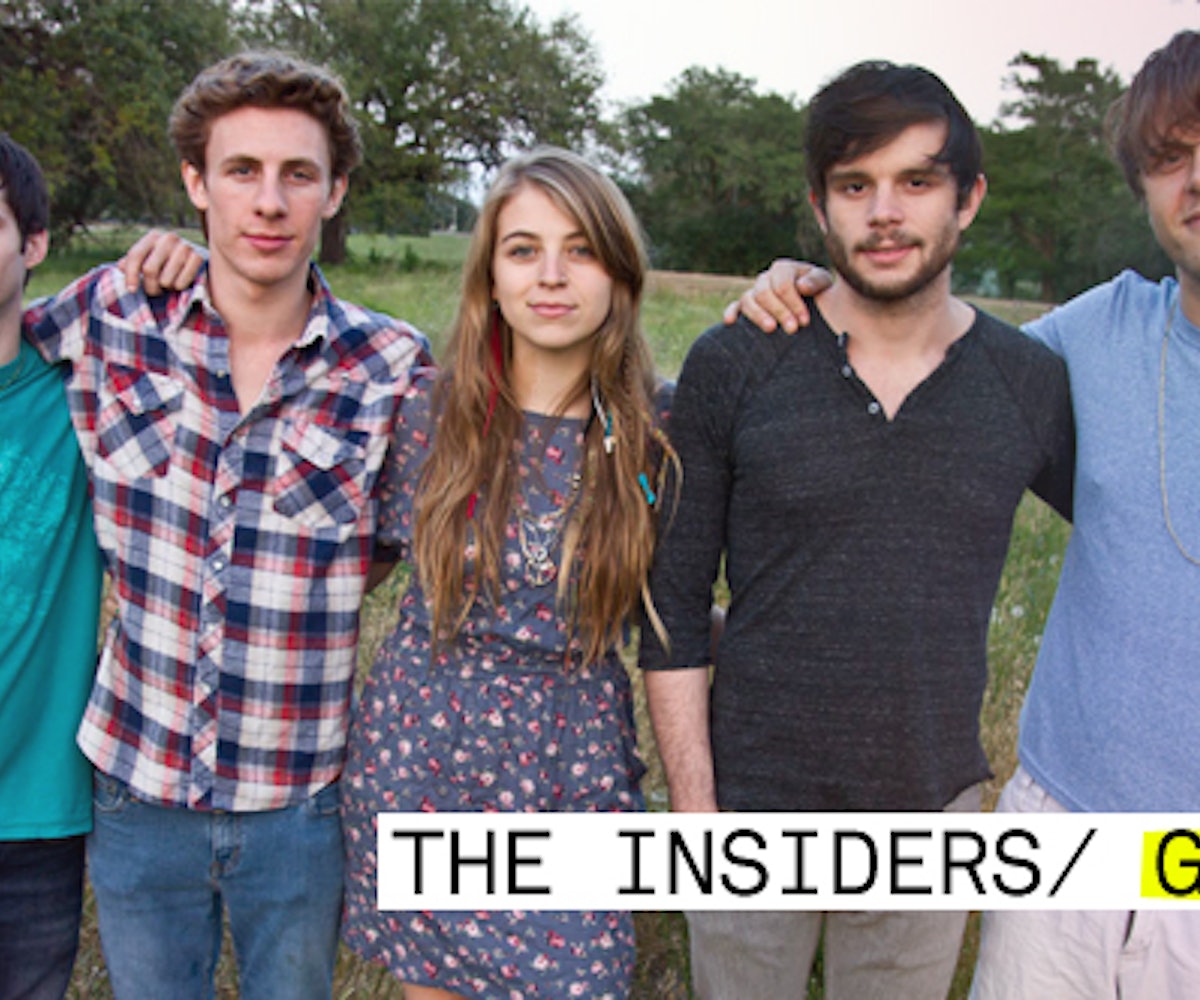 Meet Givers, the Louisiana six-piece who are determined to conquer your summer playlists with their new brand of eclectic, unabashedly sunny pop. We first crushed on them in March and recently spotlighted them in our new Music Issue, and for good reason: they're funny, talented, and can name the Dirty Projectors as some of their very first fans. Not bad for a group who, up until recently, were just as happy-go-lucky with their musical goals as they are with their sound. We grabbed a drink with the jokey band at New York's Ace Hotel and talked with them about their debut album, In Light. Check out the interview below, and see if you can tell when they're being serious...

Let's go back to the beginning. How did Givers begin?

Taylor – Most of us are friends from way back. We all had less serious bands before we had Givers, so we became friends in those outfits before we joined together.

Josh- We just wanted it to be fun and play music we liked with people we liked hanging out with.

Taylor- Then once it became good, chemistry-wise, we were like, “Man, this is a feel-good product. Let's sell it!” [laughing].

Taylor- Well, it turns out that we were playing a show in Louisiana- it was our eighth show ever- and the Dirty Projectors saw it. They happened to not have an opening act for their next show, and all these circumstances collided into this one opportunity. If you were making a movie, that'd be where you play that Eminem song, “Dun dun….one shot, one opportunity…!”

Josh- We put everything into that next show; we rehearsed like crazy.

Tiffany- At that point we have only had 4 or 5 songs, so we were like, “Uh..we need to make a set!” So we did, and we played the Dirty Projectors show in Baton Rouge and just put our all into it, and they liked it and we toured with them for a bit after that.

Your album comes out soon! What are you doing until then?

Tiffany- [Laughing] Kidding. We're going to play some shows and just gear up.

What's your favorite song off In Light?

Josh- We treat every single song like it's our baby- our firstborn!- and we think people will recognize that.

Do you guys have a scenario in mind when someone is playing a Givers song?

Josh- I like the idea of people cleaning their house to the album. It's a good feeling. You put on the album and you're like, “Let's go, let's clean!”

Taylor- It's the ‘Clean Your House' album of the year.

Tiffany- Everyone is going to start cleaning their house after this. It's going to be an epidemic!

What's something that someone hasn't ever asked you yet?

Tiffany- If Givers was a hairstyle, what would they be? What would we say, a mullet?