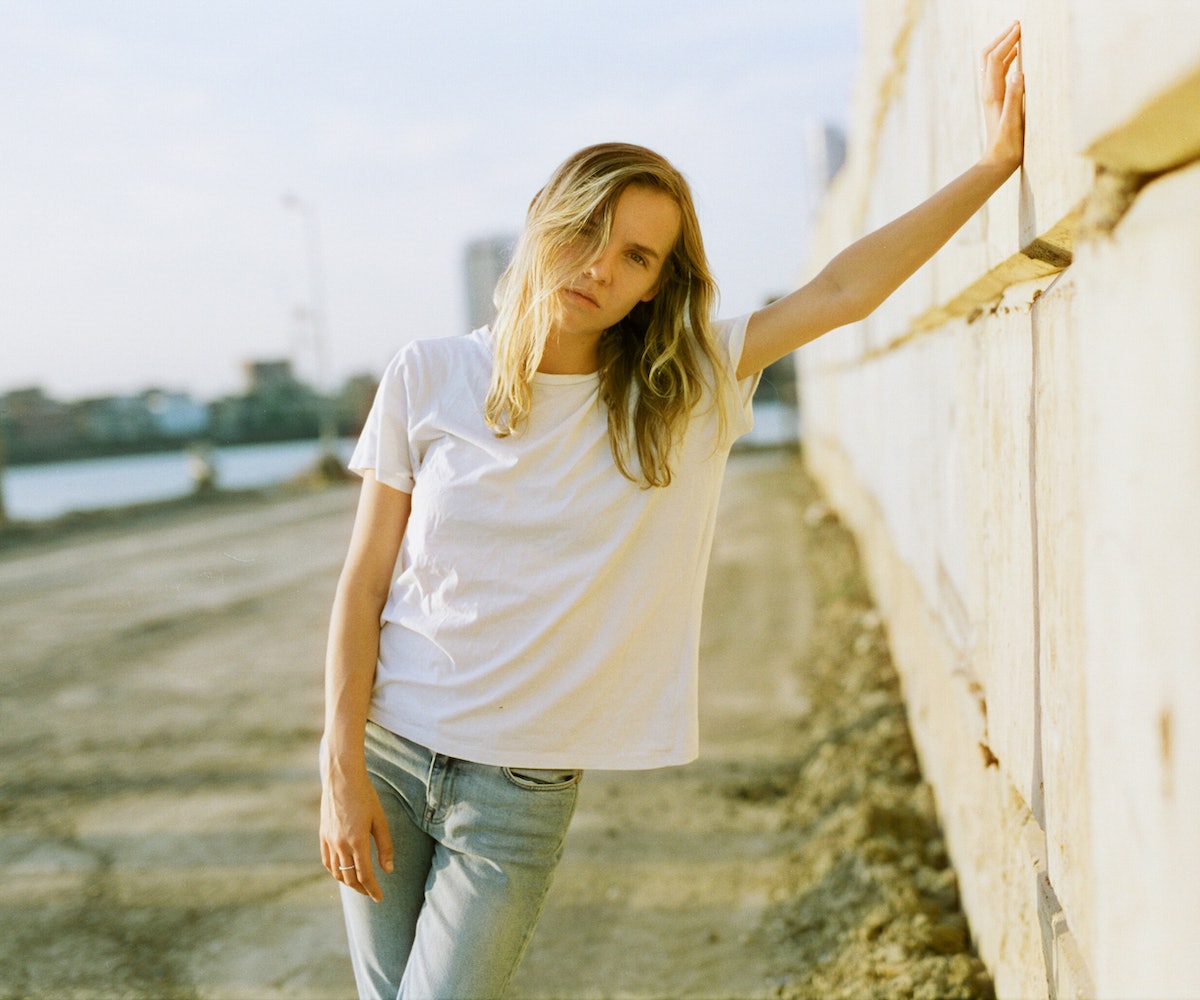 "I'm actually a Justin Bieber fangirl," Amber Bain bashfully admitted one casual afternoon in New York City. Bain and her music project, The Japanese House, came through the Big Apple on tour, bringing her decidedly not-Bieber take on pop to the famed Bowery Ballroom. With three EPs under her belt and some mentoring from The 1975's Matt Healy and George Daniel, The Japanese House is poised to be one of 2017's breakout artists. Bain's tender and textured songs are atmospheric, lofty, and soothing. It's minimalist, but not minimal, indie without pretention. Her sound thrives on layers of nuance. You want a soundtrack to float through your days with? The Japanese House will provide that.

Bain's latest under her moniker is "Saw You In A Dream." It's rumored to be lifted from a forthcoming yet-to-be-titled fourth EP, one she's calling her favorite. "Actually," she says on second thought, "I think the second one [Clean] is my favorite." Regardless of favorites (they're all great), "Saw You In A Dream" marks a slight departure from The Japanese House's previously demure sound. Though melancholy, it's upbeat; it moves gently with a soul that's almost too wise for its own good. Luckily, precocity and Bieber fandoms are not mutually exclusive; the Japanese House will do well to maintain that sense of playfulness. Beliebe it.

As an eight-year-old boy.

What was your first introduction to music?

My dad playing guitar. I also basically listened to the Beatles exclusively for about 10 years. Avril Lavigne was my first instruction to pop music; [she's] a total legend.

Do you remember what your first concert was?

Blondie with my mom. It was a festival, actually. My first concert alone was The Ting Tings.

What was the last performance you saw that reminded you of the power of music?

I saw an adult jazz gig at a festival that blew my mind. Every time I see a James Blake show, it makes me cry. I saw Philip Glass at the Barbican in London where it was just an orchestra playing loads of Philip Glass that was insane. It was so good, and I actually cried.

What about the EP life has been liberating?

I find it to be less intimidating to just record four songs and I quite like the idea of making things sound like a collective thing rather than sounding all over the place. It's easier to achieve that with four songs. I also like how EPs feel like a little snapshot of where you were at that time.

When did you realize that you wanted to pursue music?

I guess when I didn't go to university. I was supposed to go, but then my friend put me in my place, asking what I was doing and encouraged me to do music. If this doesn't go right, then I'll go to university. But really, it didn't feel like making a decision; it was just a natural progression.

So how has it been? Did you have any expectations for the music world?

I've realized that there's no point in having expectations. If someone told me, for example, 10 years ago that I was going to be playing a venue in London like the Barfly, I wouldn’t have believed them. But then I actually played it, and it was great but not unbelievable. It was sobering, in a way. I didn't ever think that I'd like playing live because I used to absolutely hate it—it made me so nervous—but now I actually do enjoy playing live.

What is something about you that a listener might not be able to pick up on from your music?

I really like Beyoncé. I'm obsessed, but that's a given for everyone. If you're not obsessed with Beyoncé, you're kind of an asshole. I really like old R&B and also straight-up pop from the mid-2000s. I really fuckin' love Justin Bieber.

Just touring and writing an album. That's pretty much it!