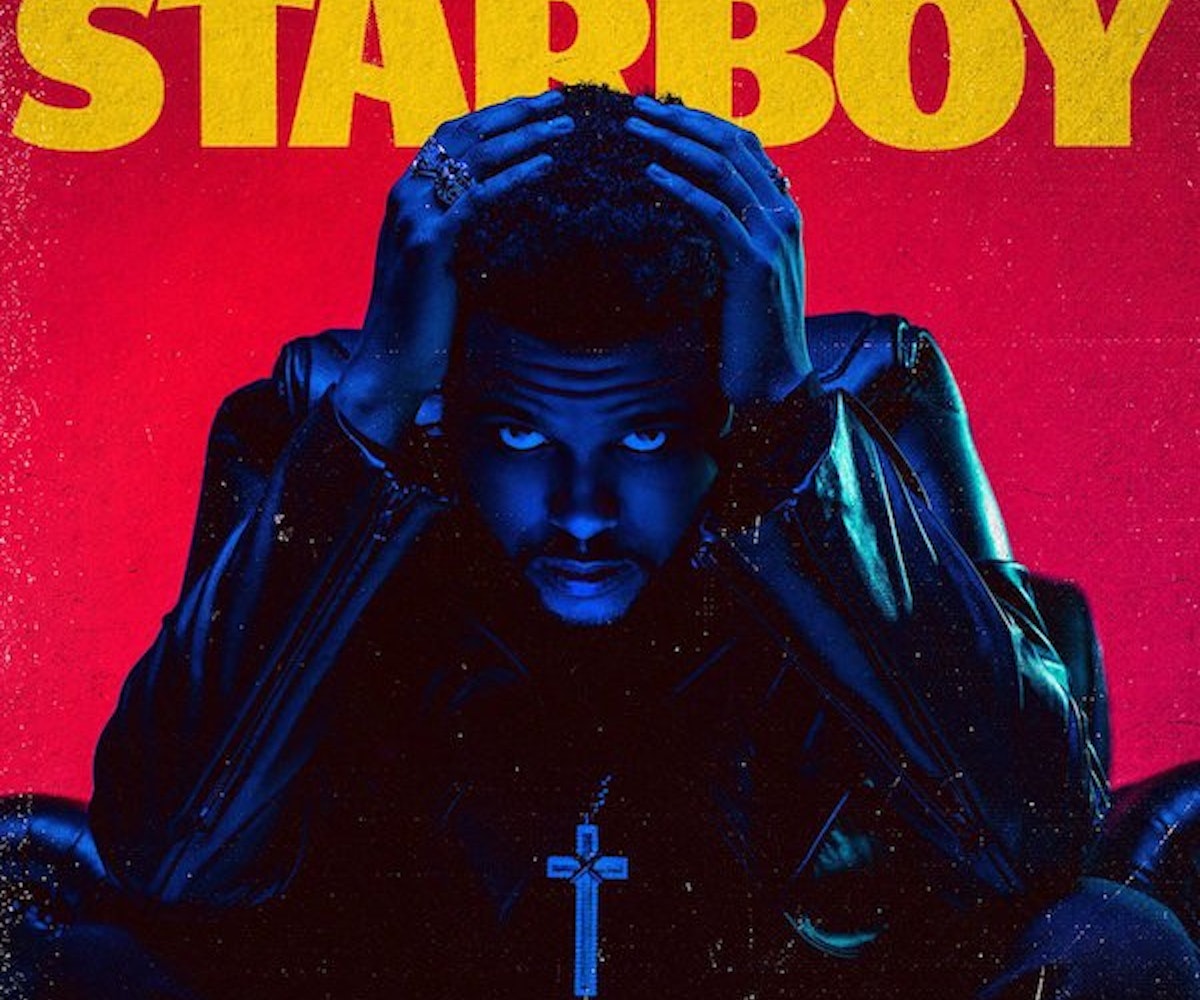 The long-rumored collaboration between The Weeknd and Daft Punk is finally here. After dropping the album title and cover art for his upcoming album Starboy, the R&B singer whose real name is Abel Tesfaye, released the eponymous lead single on both Spotify and Apple Music.

While Starboy is not nearly as infectious as last year's "I Can't Feel My Face," off Tesfaye's juggernaut sophomore album The Beauty Behind The Madness, it does work. The French electronic duo's retro beats interact with Tesfaye's angelic voice like old college pals who decide to finally give it a shot after all these years. In other words: They were made for each other.

And while the song signals the arrival of a new phase of Tesfaye's career—the one that occurs after you've scored a bunch of mega-hits and earned yourself the right to experiment—the real evolution here is the one happening on top of Tesfaye's head. Gone is the Basquiat-inspired do that became the singer's visual trademark. It looks like Tesfaye is ready to change more than just his sound.

Starboy drops on November 25. Listen to the new single below.

NEXT UP
Culture
An Ode To Stripperweb, The Beloved Sex Worker Forum
Fashion
Bottega Veneta Just Dropped The Next It Bag For Spring
Entertainment
Ebony Riley's "Deuce Deuce" & 9 Other New Songs Out This Week
Beauty
Hailey Bieber’s Bubblegum Pink Nails Are Channeling Spring
Style + Culture, delivered straight to your inbox.