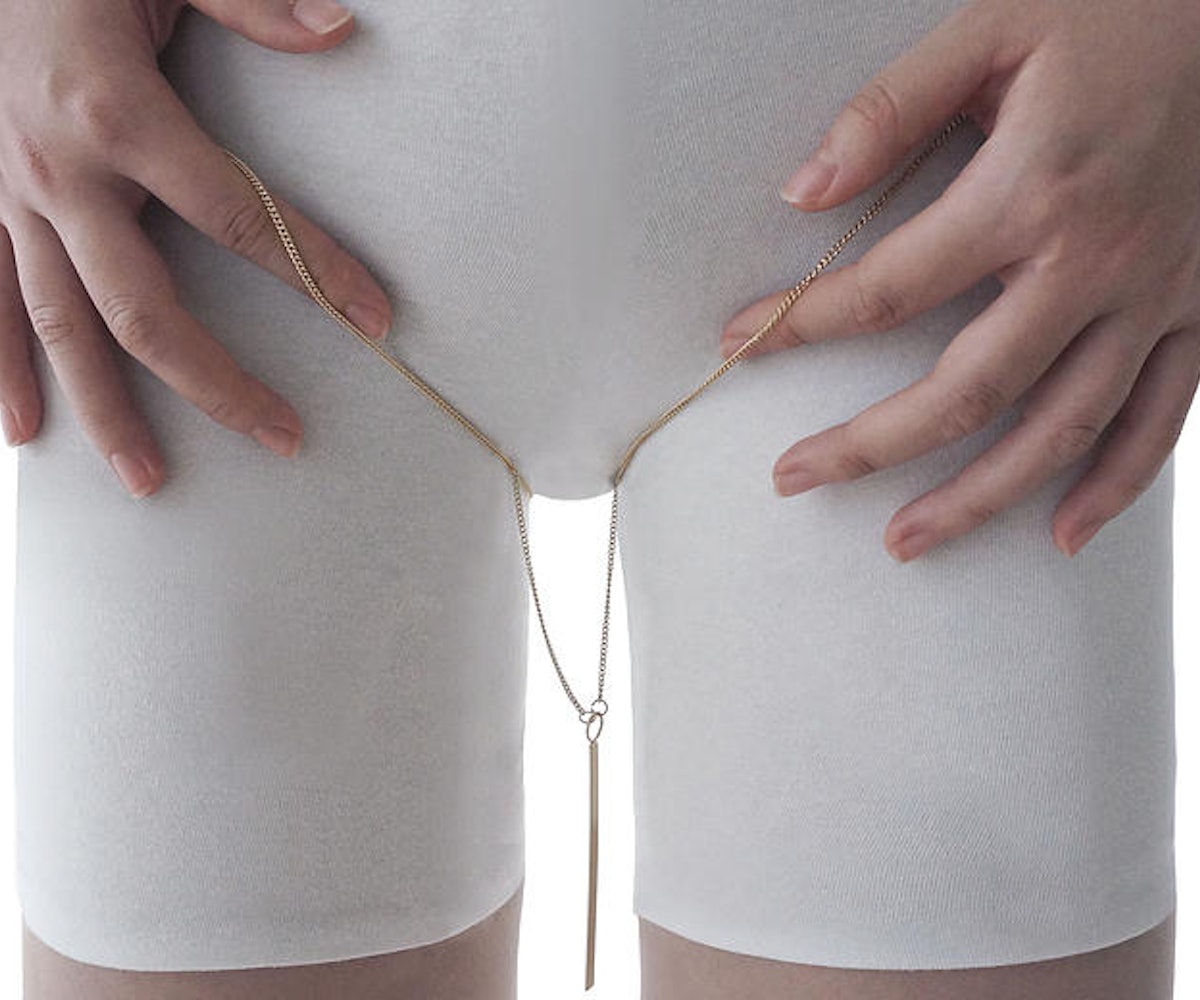 Wouldn't it be great to live in a world where things like thigh gaps—that imaginary space that may or may not appear when a woman stands with her knees together—aren't fetishized. Soo Kyung Bae seems to think so.

The Singapore-based designer recently unveiled Tgap, a line of thigh gap jewelry that doubles as a critique of the unrealistic body image standards that women are held against. The jewelry isn't actually for sale. In fact, if you try to purchase a piece, you'll encounter a message explaining that Tgap is actually a fictional company. "It is launched to catalyze a debate on unrealistic body image social media portrays,” the message reads.

In an interview with Dezeen.com, Bae further explained what she hopes to accomplish with Tgap. "By using outrageous products, I hope to bring a provocative jolt that leads us to ponder and reflect upon what we are like as a society and the absurd things we value and obsess over—as well as how this creates unnecessary pressure for women and girls," she said. Bae also explained that at first, her project was met with outrage from people who failed to realize that what they were looking at was actually a brilliant social critique. "I hope it leads to more people-centred, people-loving conclusions," Bae added.

Other absurd trends that Bae calls out on her site include "plump lips," "the bikini bridge," and "the collarbone challenge." Yes, those are actually all things. But, with more efforts like Tgap, hopefully one day they won’t be.