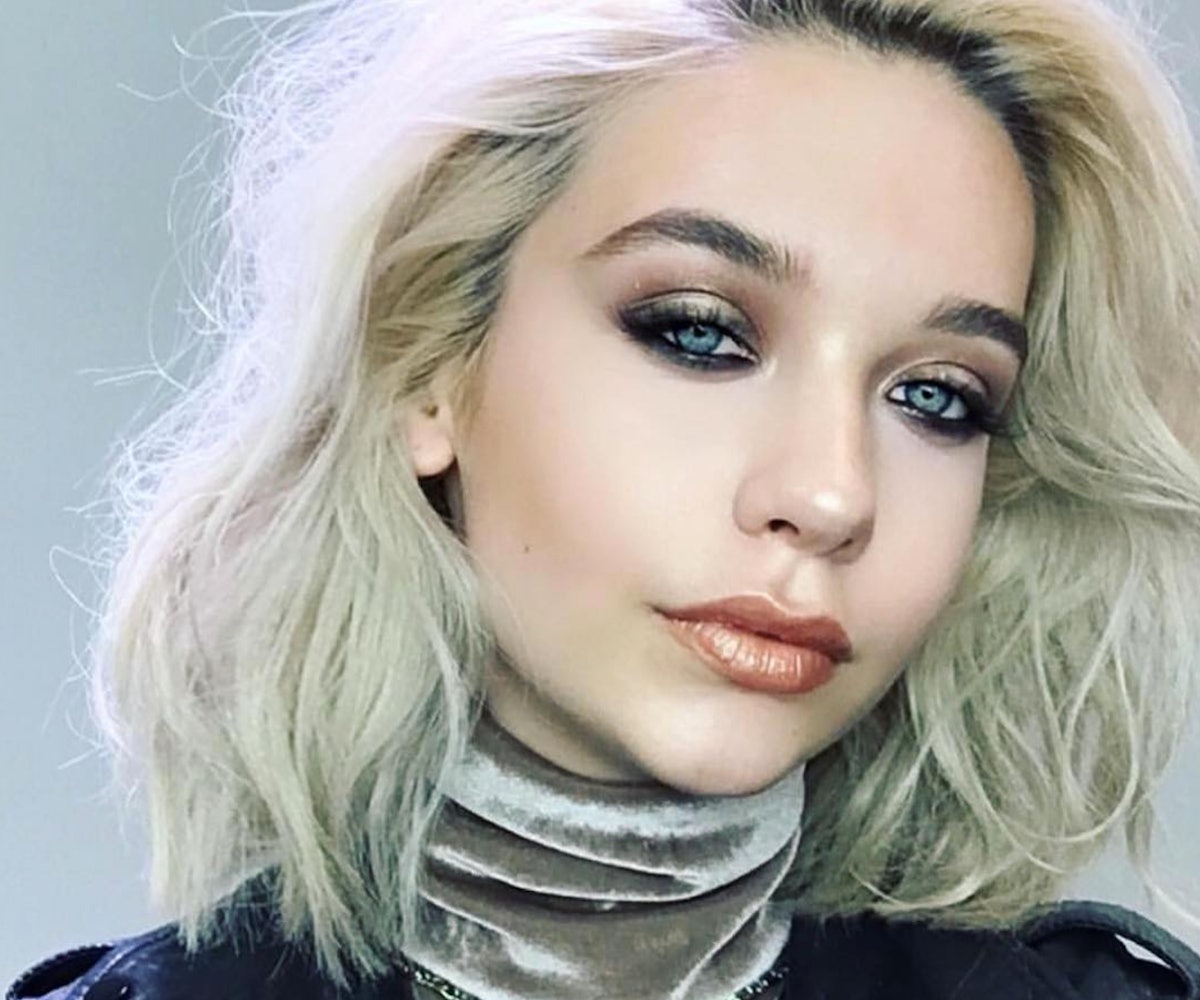 Finally, someone has invented a kind of glitter makeup that won't make your bathroom look like a unicorn sneezed in it. Jerrod Blandino, Too Faced co-founder, announced at a recent press event that in 2018 (I know, I know, patience is a virtue) the company will release a new kind of glitter eyeliner. "I've created an eyeliner that's fully glitter, but will peel off like latex rubber so it doesn't get everywhere," he said. Anyone who has done a glitter-heavy look can attest to how amazing this sounds. Not only is glitter near-impossible to contain 100 percent while applying, but even if you use a current glitter eyeliner, removing it at the end of the night can be a chore, with flecks somehow managing to errantly appear in your life for days afterward.

But the idea of peeling off glitter eyeliner in one fell swoop? What a dream.

This will be the first glitter eyeliner made by Too Faced, which was bought by Estée Lauder for $1.45 billion earlier this year. The company saw success with its line of glitter eyeshadows and wanted to create a product that was more innovative than ones in the past. “I don’t always want to do something better, I want to do it different," Blandino said. "That’s how you change the world. You don’t change the world by doing it better.”

Blandino also said he hopes to expand the brand next year by opening up retail stores. So you might be able to buy magic, easy peel-off glitter eyeliner in the "Too Faced universe" Blandino creates. We're really looking forward to the holidays in 2018 and a glitter we can remove in a snap after partying all night at the office soirée.