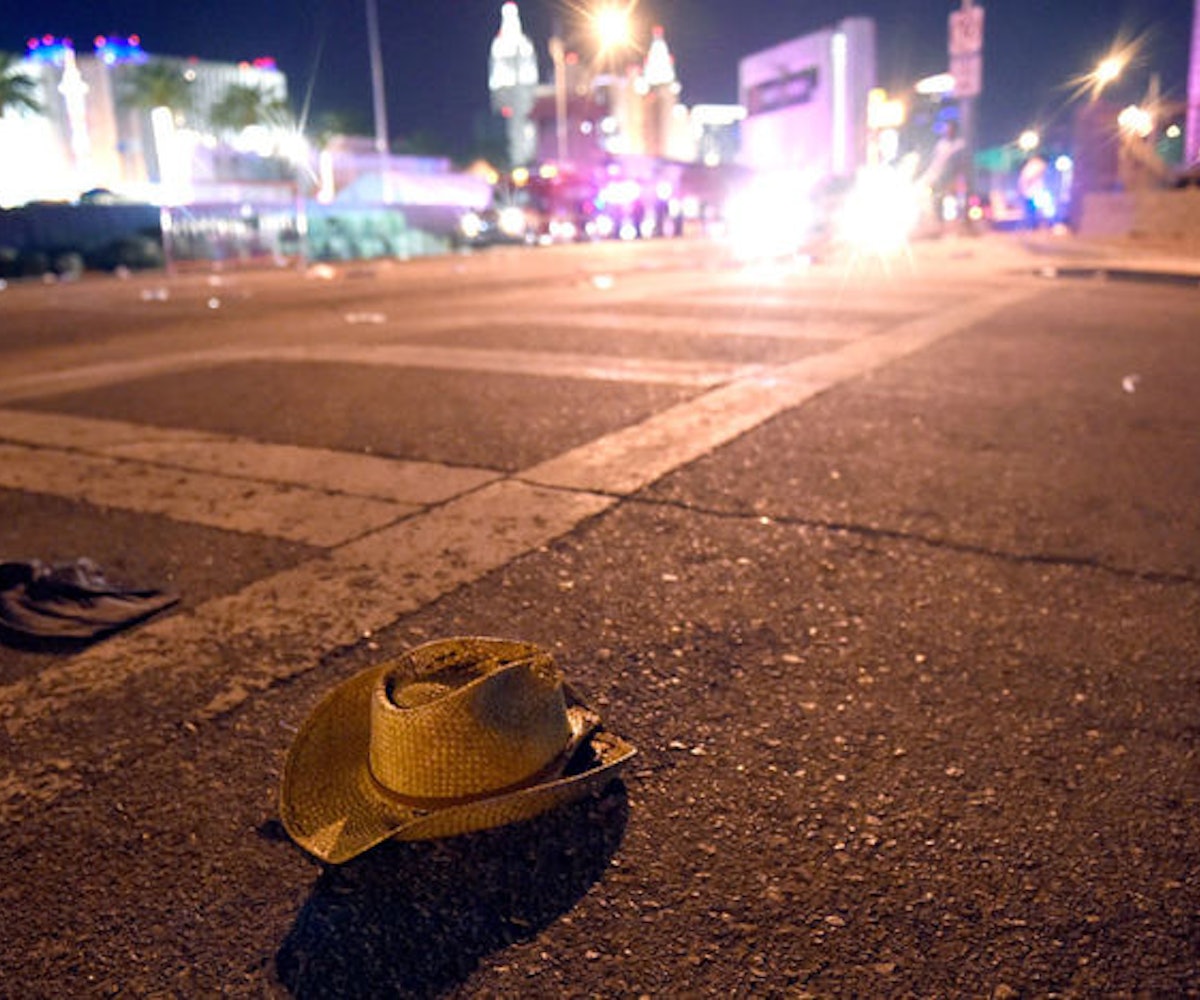 We’ve now had several hours to adjust to the new reality that hundreds of people were struck by gunfire in Las Vegas last night—dozens were murdered—and we’re at the point in the life cycle of post-mass shooting trauma where shock and grief shift to anger and blame. Let the gun control debate begin. Again.

But with each mass shooting that occurs in this country, the condolences offered from Republican Twitter accounts become increasingly drained of meaning, and today, one phrase, in particular, is drawing more scorn than we can ever remember seeing: thoughts and prayers.

“Thoughts & Prayers” is currently one of the top trending topics on Twitter. If you click on it, you’ll see messages from celebrities like Joe Jonas and Jessica Chastain and Usher offering thoughts and prayers to the city of Las Vegas and the victims affected by the senseless act of violence. It’s an inoffensive and apolitical way for a public figure to comment on a tragedy without alienating any of their fans. While it’s always welcome for a celebrity with a huge public platform to speak out about a cause they believe in, it is not required. The same cannot be said about politicians, specifically Republican ones, who actually have the power to change gun control laws. So, as many people pointed out on Twitter, “thoughts and prayers” mean absolutely nothing coming from them.

By the afternoon, #ThoughtsAndPrayersAreNotEnough was a ubiquitous hashtag on Twitter. Mark Kelly, the husband of Gabrielle Giffords, the Arizona congresswoman who survived a gunshot to the head in 2011, gave a public statement as Giffords stood by his side saying, “Thoughts and prayers aren't going to stop the next shooting.”

And this 2015 clip from comedian Anthony Jeselnik’s Netflix special, in which he mocks the usage of “thoughts and prayers” in the aftermath of tragedy, was being widely circulated online.

The backlash to the phrase isn't new, but it seems particularly amplified in the wake of the Las Vegas tragedy. Part of that has to do with the unprecedented scope of the violence inflicted by the shooter, Stephen Paddock, but another reason is that this is the biggest mass shooting to occur during the Trump administration, at a time when the country is more divided than ever and when Republicans have shown an insidious willingness to play politics during a national crisis and a remarkable ability to not get anything done. The feeling of helplessness is more deeply felt than at any time we can remember. And then to watch Trump, the human embodiment of a throwaway tweet, get up before the country and say to the families of the victims that "we are praying for you and we are here for you," well, it's hard to imagine a statement more empty than that.