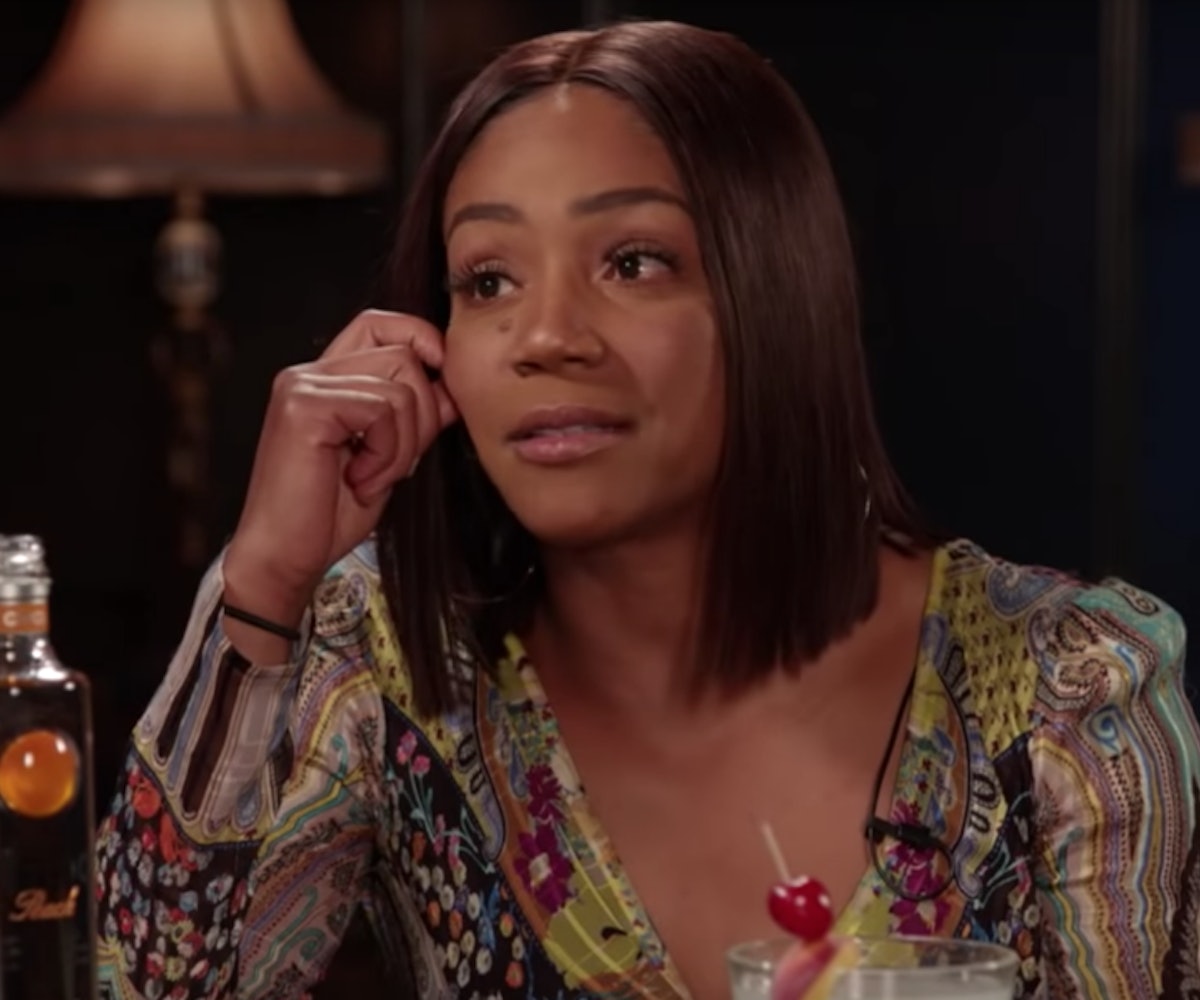 Oh, to be inside the mind of Tiffany Haddish.

The comedian stopped by Jimmy Kimmel Live! Thursday night for a short ad-segment he calls “Three Ridiculous Questions.” It’s pretty self-explanatory, though what qualifies as ridiculous depends on the person. Anyway, for Kimmel, it means questions like: “What’s the best thing about white people?” Haddish’s answer is pretty on-brand for Haddish: “It depends on the person… because some white guys take their shirts off, and I’m like, ‘Dang, he got translucent nipples, that’s crazy!’” Searching for a more… serious answer, she seems to be stumped. “I don’t know what’s the best thing about white people…” Kimmel responds while chuckling: “I know, I can’t figure it out either.”

The other questions include: “Do you think you would thrive in space?” Yes, Haddish would, but only if there’s a man there with her so she can reproduce. Last, he asks, “If you had a robot butler, what would you name it?” “James,” she says, “like the king.” She then learns that James is Kimmel’s real name, to which she comments: “Looks like somebody’s about to get their credit checked.” After the pair toast “to James the king,” Haddish comes up with another thing that’s good about white people. “Inheritances!” she says. “A lot of them got inheritances!”

NEXT UP
Culture
The White Lotus Will Return For A Third Season
Culture
Allie Rowbottom’s Novel Aesthetica Isn’t About Instagram — It’s About Survival
Sale
These Black Friday Deals On Amazon Are SO Freaking Cheap
Life
NYLON Daily Newsletter: November 25, 2022