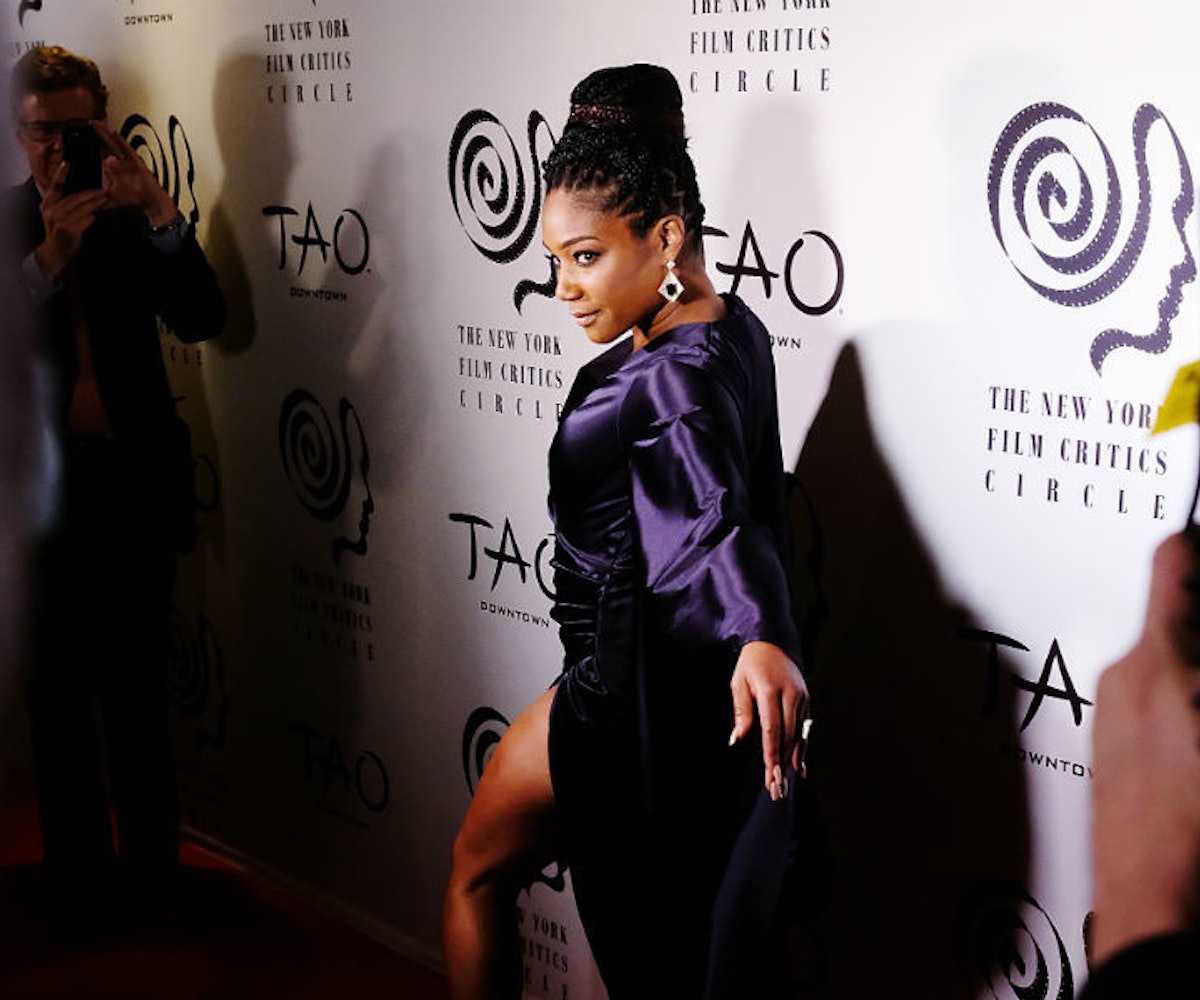 Award season is already off to a bang-up start thanks to Tiffany Haddish.

The Girls Trip actress, who is steadily becoming Hollywood’s favorite comedic sweetheart, apparently, didn’t know what the New York Film Critics Circle awards were before she got nominated for its Best Supporting Actress category. But, that didn’t stop her from delivering one of the best acceptance speeches we’ll likely see this year.

“First, I want to look at the award and make sure they spelled my name right,” Haddish said while accepting her award, with a drink in hand. “…It’s right.” She then continued to charm the room with her blunt candor and honesty. Like, when she started out thanking God:

I want to thank God. Without God, my mommy and daddy wouldn’t have put their two uglies together and made me. Because that was all God right there. He put two crazy people together to make one awesome crazy person.

Or, when she explained why she doesn’t like to read reviews:

Because if it hurts my feelings I’m gonna cuss their ass out, and then I’m going to pray for them and then I’ll laugh. Cause I’m super-sensitive. I don’t mean to be so sensitive, but that’s just who I am! And I’m not afraid to admit it.

Or, when she described the epic scene that got deleted from Girls Trip:

There’s a scene where I’m telling Regina [Hall] all of the things I’m gonna do for her. I’ve got her back. "And then when he asleep, we’re gonna burn your name in his dick. Then we’re gonna put mud and salt on it so it will heal right over. And then it will be ribbed for your pleasure. And then when he woke up, we’ll look him dead in his eyes. And we’ll tell him right to his face, to keep your name out of these bitches’ mouths." And they took that out of the movie, but I like to tell everybody about it, because these are the things I think about at night sometimes.

And talked about the importance of being seen:

I know some people in here are going to talk shit about me. It’s okay. You know why it’s okay? Because you care enough to say something. If you didn’t say nothing, then you didn’t care. So if you said something, thank you. I don’t care if it’s positive or negative. I appreciate you. I’m glad you see me. Cause there were so many years nobody saw me. You know when you’re a little kid going through the system, you wonder, "Does anyone even know I’m alive?" And to be this example to youth. There are so many people like me that you guys have no clue about. But they coming, ’cause I kicked the fucking door open.

The lack of Golden Globes nominations for Girls Trip was majorly disappointing. But! The Oscars has a chance to make it up to us all by not only giving Haddish a nom but all of the awards. Think about it, the above snippets are just some of the moments we’re choosing to highlight. Haddish’s speech went on for nearly 20 whole minutes, so there are plenty more gems where those come from. So, please, Academy, just give us this.

Watch her full speech, below.