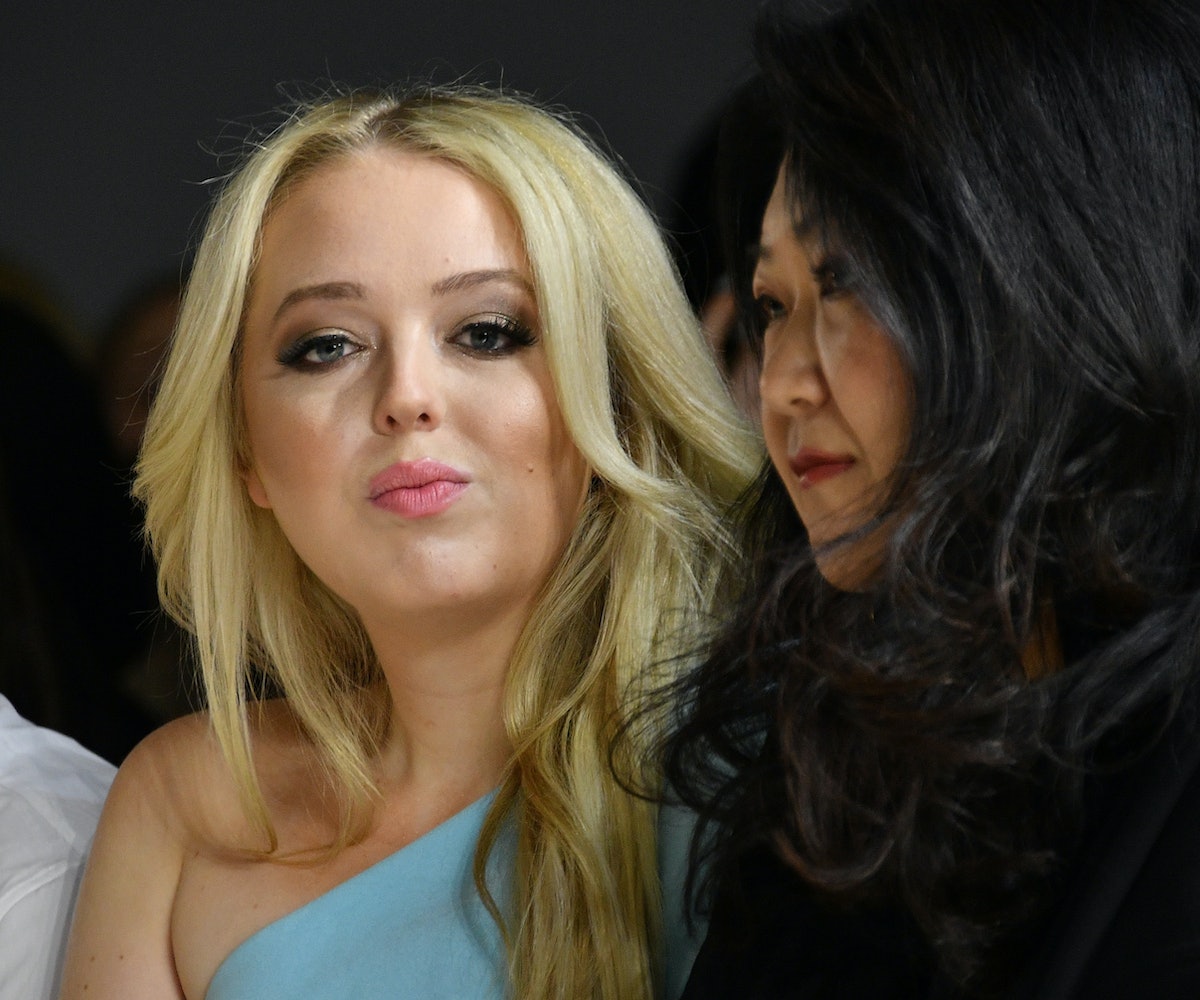 We’re not sure why Tiffany Trump was even invited to a New York Fashion Week show this time around, seeing as she can't go to one without causing a scene. Last season, her rep emailed Harper’s Magazine instead of Harper’s Bazaar while trying to get her an invite to the Harper's Bazaar Icons party, and the season before, her attendance at the Phillipp Plein show (rightly) sparked controversy. Now, it’s her lack of appearance that caused a scene.

On Saturday, the first daughter was set to attend Taoray Wang’s runway show. She was so late to arrive that she held up the catwalk for a full 45 minutes. Like, we get being a little late (the traffic during NYFW is a nightmare and the shows are back-to-back), but 45 minutes is just way too much.

Lack of punctuality does seem to run in the family: Donald Trump caught flack for being late for a meeting with Queen Elizabeth, and he has missed the deadline for reuniting the immigrant families that his administration has cruelly separated.

Note to designers: Inviting anyone from the first family isn’t the smartest idea. Maybe stick to celebrities.