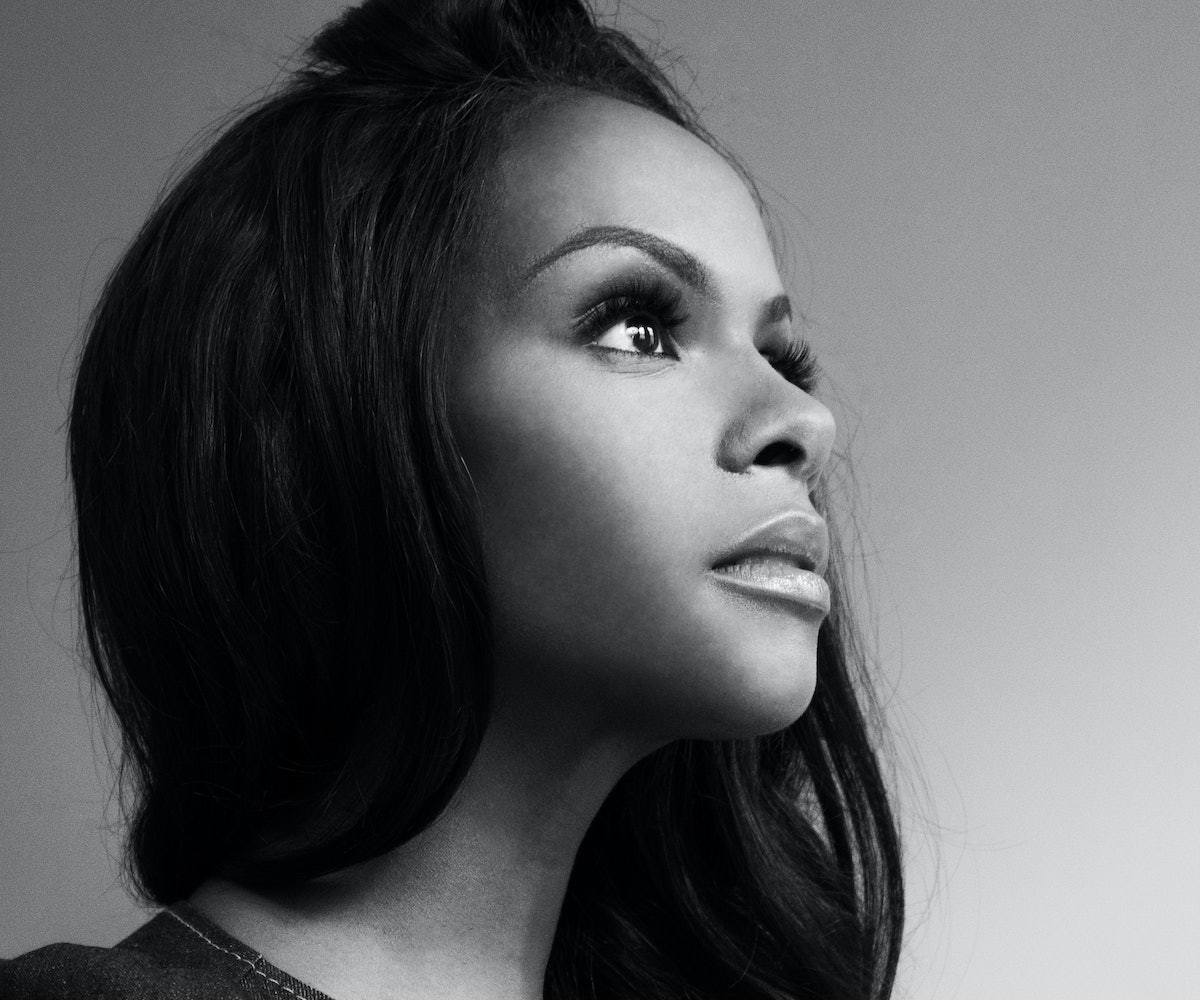 Tika Sumpter wasn’t content to just embody Michelle Obama—her goal was to pull off a pinpoint impression. “I wanted to make sure you heard inflections of Michelle,” she says of her milestone performance as the future first lady in the indie romance Southside With You. A critical darling at this year’s Sundance Film Festival, the film tracks a fictionalized version of the first couple’s inaugural date in the summer of 1989, and represents a breakthrough for the 35-year-old actress. To nail her distinct cadence, Sumpter watched hours of college graduation speeches that Michelle Obama has given as first lady. “I studied every word, how she curved her tongue, how she kind of sings when she talks,” she says. The result is a carefully drawn and recognizable portrait of Michelle Robinson, an ambitious and whip-smart lawyer who would go on to become one of the world’s most famous women.

Curled up on a couch in the lobby of the Smyth Hotel in Tribeca, New York, Sumpter is dressed casually in white overalls and a black-and-white striped shirt, which she pairs with a pristine smile. Until now, Sumpter has padded her résumé mainly with supporting roles, most notably as Kevin Hart’s levelheaded wife in the Ride Along movies, and as Chuck Bass’s love interest in the fourth season of Gossip Girl. Before reading the script for Southside With You—a subtle and sophisticated piece of writing that tracks Michelle and Barack (played by Parker Sawyers) as they crisscross Chicago, trading ideas on race, gender, and politics—Sumpter was enchanted by the film’s synopsis, and got on board early as a producer, fulfilling a longtime ambition to work behind the camera. “The great part about being a producer is you’re in the room when decisions are made,” she says, adding that it also allowed her to create a choice opportunity for herself in an industry where they’re hard to come by. “Usually, there aren’t any black people in the room,” she says. “I’m in a place where I want to create because these characters aren’t being written for me.”

A Queens, New York native and one of five siblings, Sumpter didn’t grow up a theater kid: “It was over the top and just wasn’t for me,” she says. But at 17, she began auditioning for commercials on the advice of her boss at the nightclub where she worked. As career insurance, she hatched a backup plan to become a publicist, but while studying communications at Marymount Manhattan College, Sumpter got hit with a $10,000 tuition bill. “It looked like a hundred million dollars at the time,” she says. “I was like, ‘I’m going after my plan A.’” But while pursuing acting, she encountered resistance from her mother, a Rikers Island corrections officer focused on 401(k)s and mortgages. “She’s proud of me now,” says Sumpter, whose dad, a postal worker, died when she was 12. “But she wasn’t like, ‘Go girl, yeah!’ It was like, ‘Girl, go finish school, go get a job.’”

Sumpter instead spent much of her early twenties broke, in between service gigs and indifferent casting calls, while living with roommates all over Manhattan, from Flatiron to Washington Heights. When months of verbal abuse forced her to quit a hotel gig, she broke down in the middle of a sidewalk. Two days later, Sumpter landed a life-changing four-year contract on the soap opera One Life to Live. “Whenever I want to complain,” she says, “I remember walking down that street and crying.”

Now, with her first production credit cinched, Sumpter is hungry for more. “I have stories I want to tell,” she says. “My thing is making sure women know how dope they are, regardless of what the story is.” Outside of work, she’s an admittedly private person. She prefers simple pleasures like dinner parties, traveling, and quality time with her boyfriend, an actor whom she won’t name. “Is he Chris Pine or anybody like that? No. We’re in different spaces. But he’s there for me,” she says. “You have to have somebody who’s mature enough to get it.” For her, the Obamas’ relationship is an inspiration. “I want something like that,” says Sumpter. “Nothing’s perfect. He had a hole in his car. He didn’t always say the right thing, but he was still charming. They both reflected what they needed from each other.” With a dreamy smile on her face, she adds: “Relationship goals.”