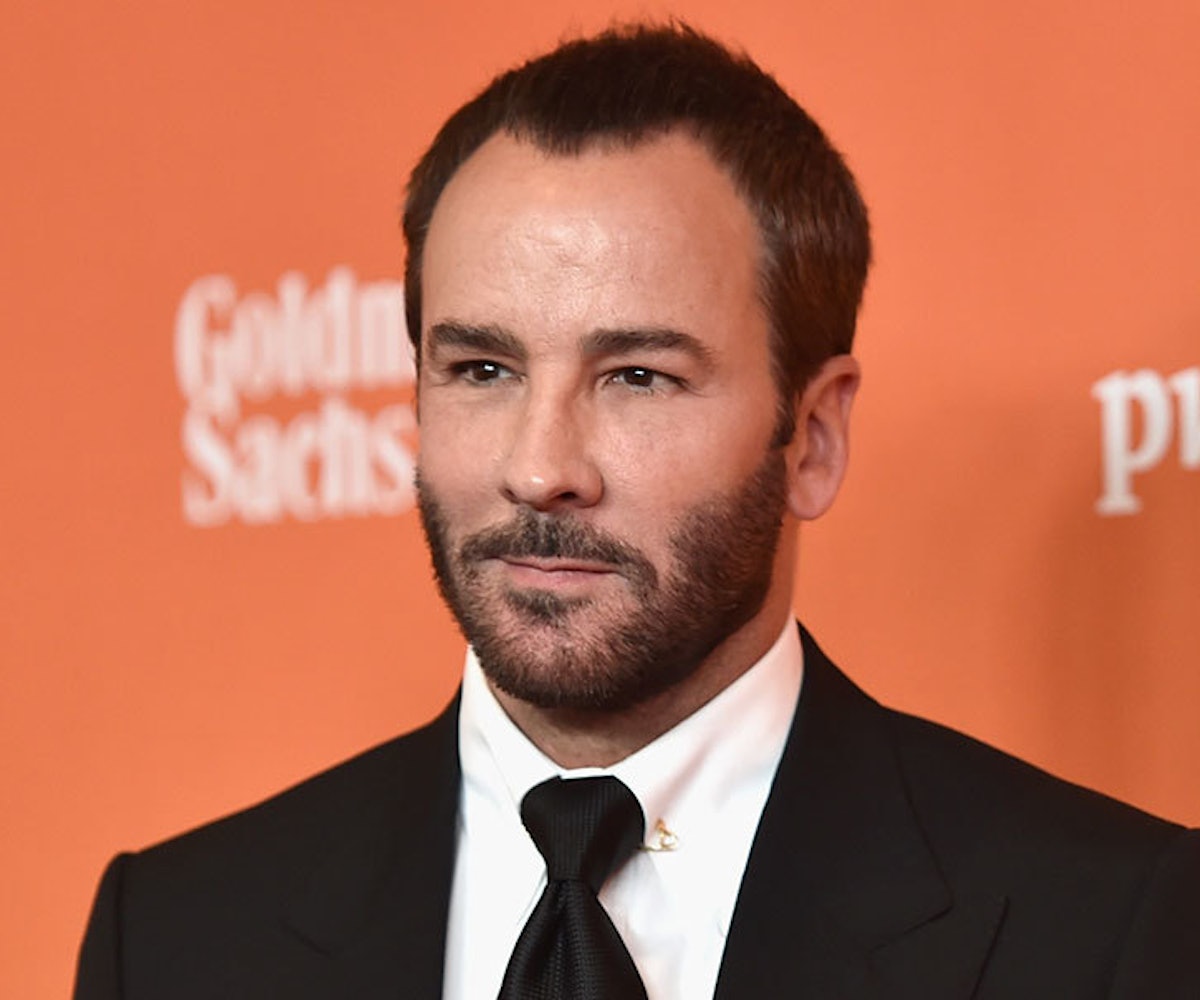 Tom Ford is the newest brand to announce its move toward a more ethical fashion future. The designer and moviemaker announced his decision to stop using fur in his designs earlier this week, ahead of his autumn/winter womenswear show.

"I have started using much more fake fur," Ford tells WWD. He will, though, continue to use leather. "I have been very conscious of using animal skins that are food byproducts," he goes on to explain. "Because whether I’m consuming meat or not, other people are, so these are things that are collected."

Ford's decision to ban fur use is inspired by him going vegan recently (and a PETA woman throwing tomato juice on him at an event). A documentary called What The Health also played a role. Ford's definition of veganism, however, is a tad bit loose. The guy still noshes on baked goods. He says, "I will eat a baked good that clearly has some eggs in it. But I don’t eat eggs and I don’t drink milk." According to him, vegan treats just don't satisfy him the way "a box of Hostess doughnuts" does. Agreed, Tom!

Anyway, yes, Ford has given up meat, dairy, and fur, putting his company alongside other fur-ditchers, like Gucci and Michael Kors. Perhaps more designers will follow suit. Until then, we've got a box of Hostess doughnuts to consume because Tom Ford says so.