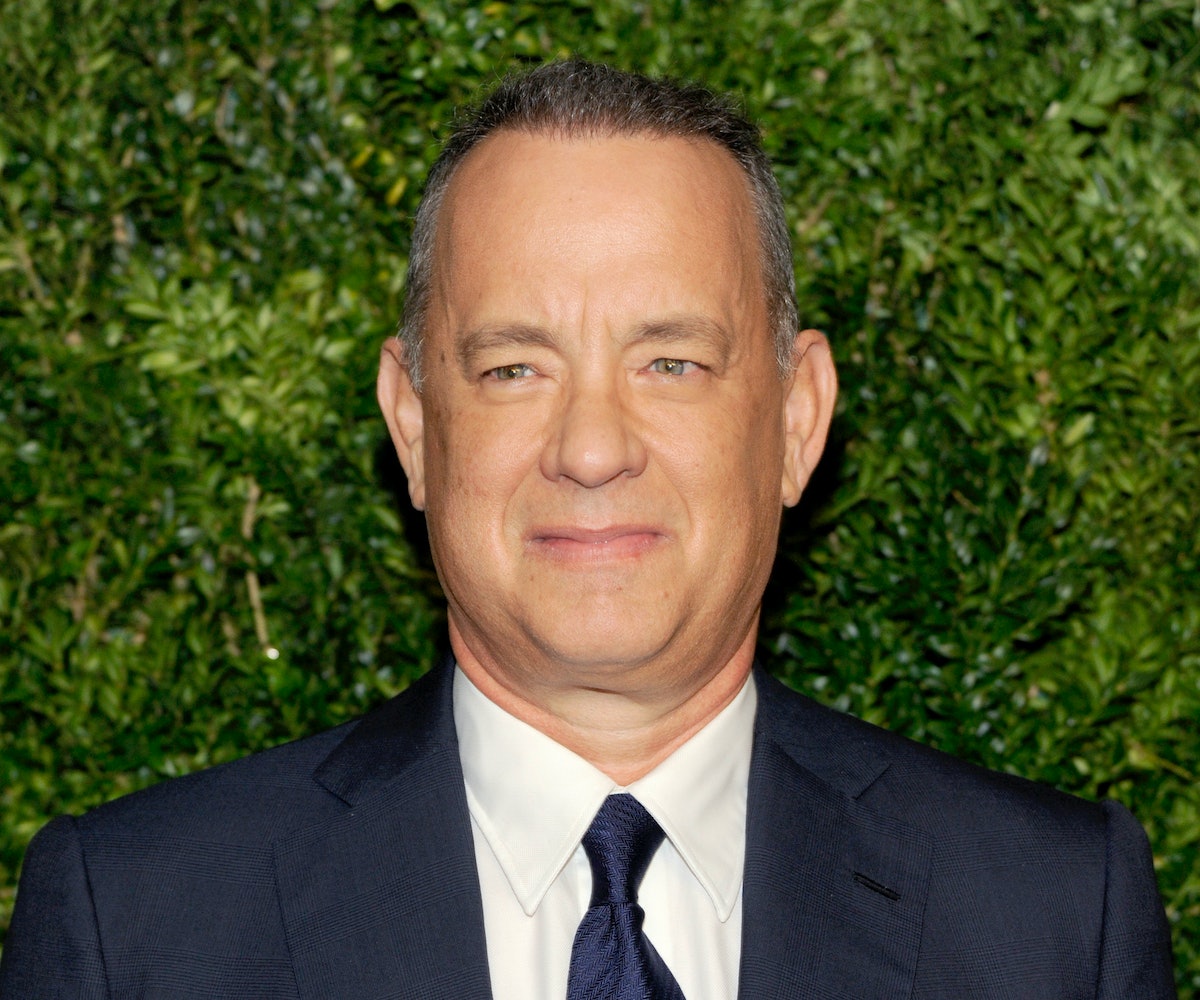 After officially being anointed America’s Dad by SNL, Tom Hanks fulfilled his fatherly duties last night by reassuring us that despite this country’s dire state of affairs, everything is going to be okay. Hanks was being honored for his sparkling career at the Museum of Modern Art in New York City, and when it came time for him to speak, the legendary actor couldn’t help but address the election of Donald Trump to a crowd that included frequent collaborator Steven Spielberg, Emma Watson, Stephen Colbert, and Alexa Chung. “We are going to be all right," he said, echoing a sentiment that many of us have yet to feel since last Tuesday.

Hanks, who has shockingly never played a POTUS on screen, was a critic of Trump during the campaign, specifically in regard to his comments on the leaked Access Hollywood tape. He sought to remind the crowd that although Trump now quite literally represents the country, he does not actually represent the country. “We constantly get to define ourselves as Americans. We do have the greatest country in the world,” he said.

Hanks also reminded the audience that turmoil and strife are coiled through America's DNA and that this is not the first time we’ve had dubious and untrustworthy politicians in charge. “We have been in a place where we looked at our leaders and wondered what the hell were they thinking of?” he said. “We've had moments with administrations and politicians and leaders and Senators and governors where we asked ourselves, Are they lying to us? Or do they really believe in this? That's all right.”

And while there’s nothing about President Donald Trump that feels “all right,” we appreciate the words. The full transcript of Tom Hanks' remarks courtesy of Vulture is below.

We are going to be all right. America has been in worst places than we are at right now. In my own lifetime, our streets were in chaos, our generations were fighting each other tooth and nail, and every dinner table ended up being as close to a fist fight as our families would allow. We have been in a place where we looked at our leaders and wondered what the hell were they thinking of? We've had moments with administrations and politicians and leaders and Senators and governors where we asked ourselves, Are they lying to us? Or do they really believe in this? That's all right. We have this magnificent thing that is in place, it's a magnificent document, and it starts off with these phrases that if you're smart enough, you memorized in school, or, just read it enough so you learned it by heart, or, you kind of watched those things on ABC where they taught you little songs, and the song goes like, [sings] "We the People ... in Order to form a more perfect Union. establish Justice and insure domestic Tranquility, provide for the common defense, promote the general Welfare," and it goes on and on. That. That document is going to protect us, over and over again, whether or not our neighbors preserve and protect and defend it themselves.

We are going to be all right, because we constantly get to tell the whole world who we are. We constantly get to define ourselves as Americans. We do have the greatest country in the world. We may move at a slow pace, but we do have the greatest country in the world, because we are always moving towards a more perfect Union. That journey never ceases. It never stops. Sometimes, like in a Bruce Springsteen song, one step forward, two steps back. But we still, aggregately, move forward. We, who are a week into wondering what the hell just happened, will continue to move forward. We have to choose to do so. But we will move forward, because if we do not move forward, what is to be said about us?