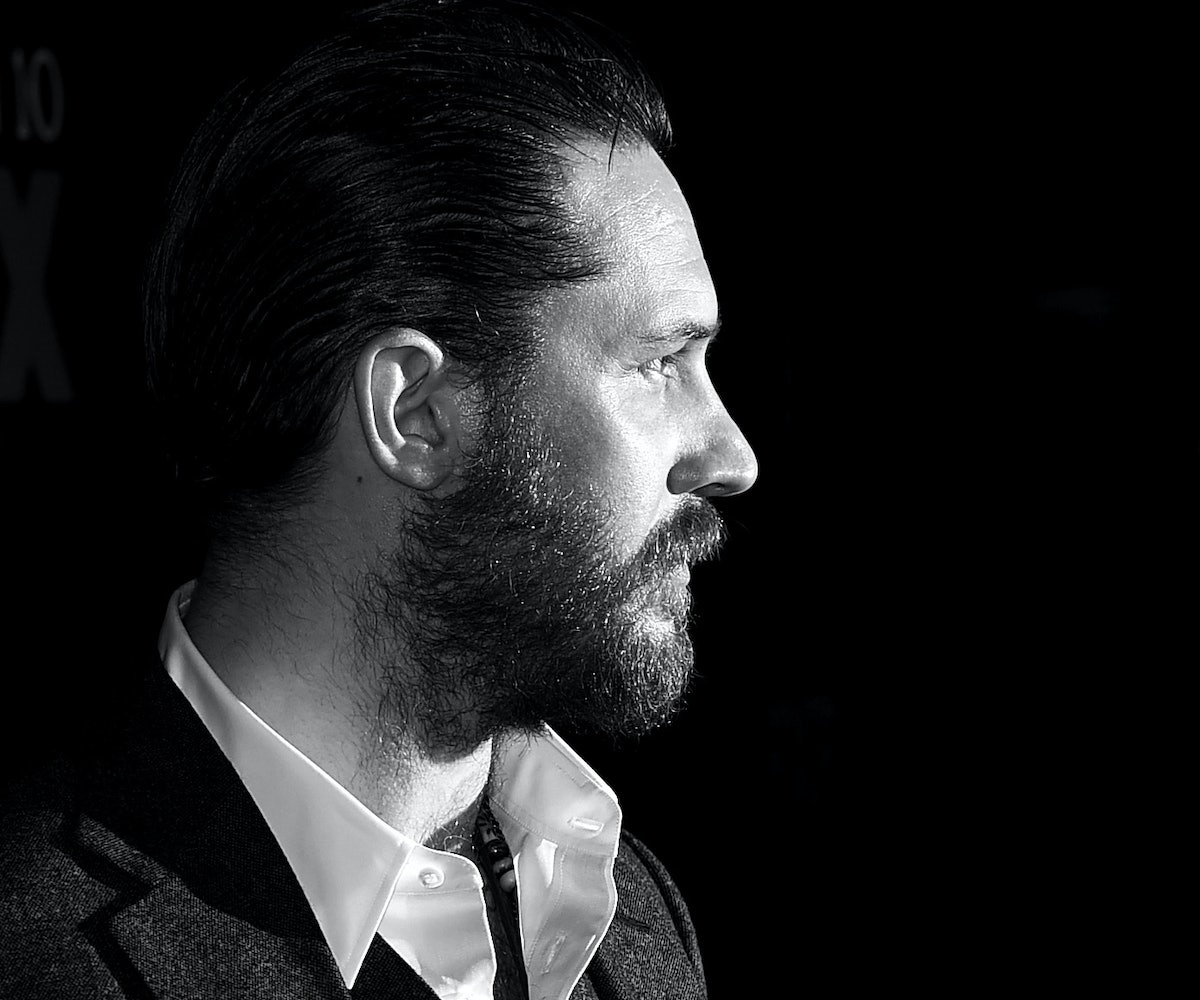 This week saw the end of season one of Taboo, FX’s brooding, bewildering, and brutal period drama. Those are words that can also be used to describe the actor at the show’s heart, Tom Hardy, who co-created it with his father and who stars as James Keziah Delaney, a man who was once believed to be dead but returns home to London to claim the inheritance of his father’s shipping empire. The eight-episode first season was polarizing, to say the least, but one thing everyone agreed was that Hardy’s animalistic, mumbling performance was reason enough to tune in. It’s the latest piece of evidence that Tom Hardy, who is known to disappear into his roles, is arguably the most interesting actor working today. He is also, despite starring in some of the biggest movies on the planet, one of the most mysterious and hard to pin down. To help you do just that, we've created this handy primer on all things Hardy, in which we answer all the questions we know are running through your head.

I could swear I saw Tom Hardy in stuff before he became famous. Where do I know him from?

Well, if you’re watcher of Star Trek movies, then you might possibly recognize a young Tom Hardy as Reman Praetor Shinzon, the very creepy villain in 2002’s Star Trek: Nemesis. But you might also not, because he looked like this. It was the first sign that throughout his career, Hardy would become more of shape-shifter than a traditional actor.

No, no, before Star Trek.

Oh, you must be talking about The Big Breakfast's "Find Me a Supermodel" competition, which can actually take credit for discovering a 21-year-old Tom Hardy way back in 1998. Look at those skinny arms. It’s hard to imagine that’s the twig who will one day break Batman’s back.

So what role really launched his career?

His lead role in Bronson, from Drive director Nicolas Winding Refn. He played the real-life person Charles Bronson (not the actor), who was arguably Britain’s most dangerous criminal and definitely its most notorious prisoner, having spent the majority of his jail time behind bars in solitary confinement. Hardy's dedication to the role was profound. He met with the real Bronson regularly and physically transformed in a way that very few actors are able to. That included eating everything in sight, followed by extreme workouts. “For Bronson, I put on about 7lbs a week—with no steroids. In the end I’d put on about 2 and a half stone by eating chicken and rice, which was my staple diet throughout the day,” he once said. “Then I’d have a pizza, Häagen-Dazs, and Coca-Cola. So not good stuff, but I had to put weight on. I needed to put a layer of fat on my body, because Bronson when he was younger was a big guy, a brawler. My diet was lenient as we weren’t going for the Bruce Lee look and we weren’t looking for the cut.”

But no one really saw Bronson. What was the role where middle America first discovered who Tom Hardy is?

Well, that would have to be Bane in The Dark Knight Rises, which is ironic given that not only did Hardy once again completely transform his look, but he also wore a mask and distorted his own voice beyond recognition. Most people would have a hard time believing that the dude who played Bane is the same dashing Brit who stole scene’s in Christopher Nolan’s Inception, a few years earlier.

He sure does! In fact, Hardy is playing a WWII fighter pilot in Nolan’s upcoming war epic Dunkirk. These two will be making movies together for a very long time to come. In fact, there are rumors floating around that they might team up sometime in the future to make the next, post-Daniel Craig James Bond movie.

Does he have any demons? I feel like actors of his ilk always have demons.

Well, yes. He’s been very open about his former drug addiction. "I would have sold my mother for a rock of crack,” he once said. “I was a shameful suburban statistic. I was told very clearly, ‘You go down that road, Tom, you won't come back. That's it. All you need to know.' That message stayed with me clearly for the rest of my days. I am fucking lucky to be here.” He’s been sober for more than 10 years.

Is Hardy as intense and brooding offscreen as he is on-screen?

Not quite. He’s been described in profiles as goofy and “fast and motormouthed,” a stark difference from the measured, intense, and, as is the case with Mad Max: Fury Road, the nearly silent characters he is known to play. He also has a very well-documented obsession with dogs, and the internet is filled with photos of him cuddling and kissing all sorts of canines.

So he’s just a big softy? That doesn’t sound too intimidating.

Tell that to this reporter, who, during a press conference at the Toronto Film Festival, seemed to ask Hardy about his sexuality in relation to a role he was playing in the movie Legend. Hardy, in a clip that went viral, publicly shot the reporter down. Hard.

Why was Hardy asked about his sexuality? Is he gay?

He’s been married to his Peaky Blinders co-star, Charlotte Riley, since 2015, and they have a son together. We’ll leave it at that.

What’s next for him?

Well, as we mentioned Hardy will be appearing in Nolan’s Dunkirk, and he’ll soon be shooting the political thriller Triple Frontier alongside Channing Tatum and newly christened Oscar winner Mahershala Ali. That movie is set in the very active border zone where Paraguay, Argentina, and Brazil collide. He’s also slated to reprise his role as Max Rockatansky in Mad Max: Wasteland, the anticipated sequel to the Oscar-nominated Mad Max: Fury Road. But true Hardy acolytes should be most pumped for Fonzo, where Hardy will be transforming into none other than Al Capone, at a stage in his life when he’s been in prison for 10 years and begins suffering from dementia.

Whoa, that has Oscar nomination written all over it.

Yep, and it would be his second, after a Best Supporting nod for his turn as the sadistic antagonist in The Revenant.

Cool! Anything else we should know?