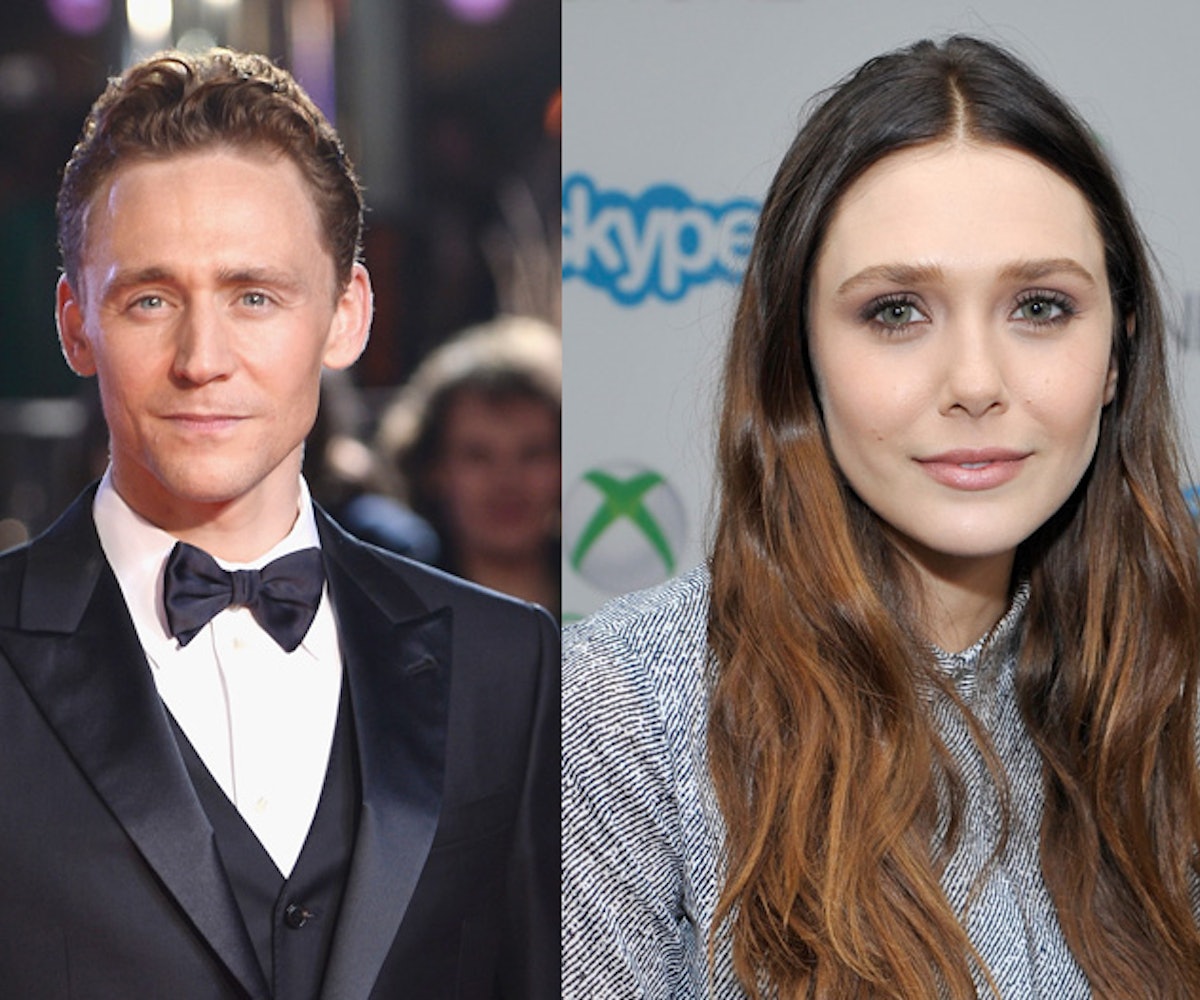 A source told Us Weekly that the pair has been “hooking up.” The meaning of that is subjective, of course. Maybe they’ve been hooking up to go to, say, pizza. The source said “it’s casual,” which could mean pizza. It could also mean something else, but hey, let’s not jump to any conclusions here. We must protect the hearts of the Hiddlestoners (what a name, eh?).

The pair became close while playing a married couple in the upcoming movie musical I Saw the Light. Us reports that whatever is going on between them is fun. Since Olsen recently broke off her engagement to Boyd Holbrook, the source added that “she wants to make a new life for herself.” Dating Hiddleston is certainly one way to do that. Plus, their names come together nicely: If they are, indeed, a couple, Hiddolsen has a nice ring to it, yeah?