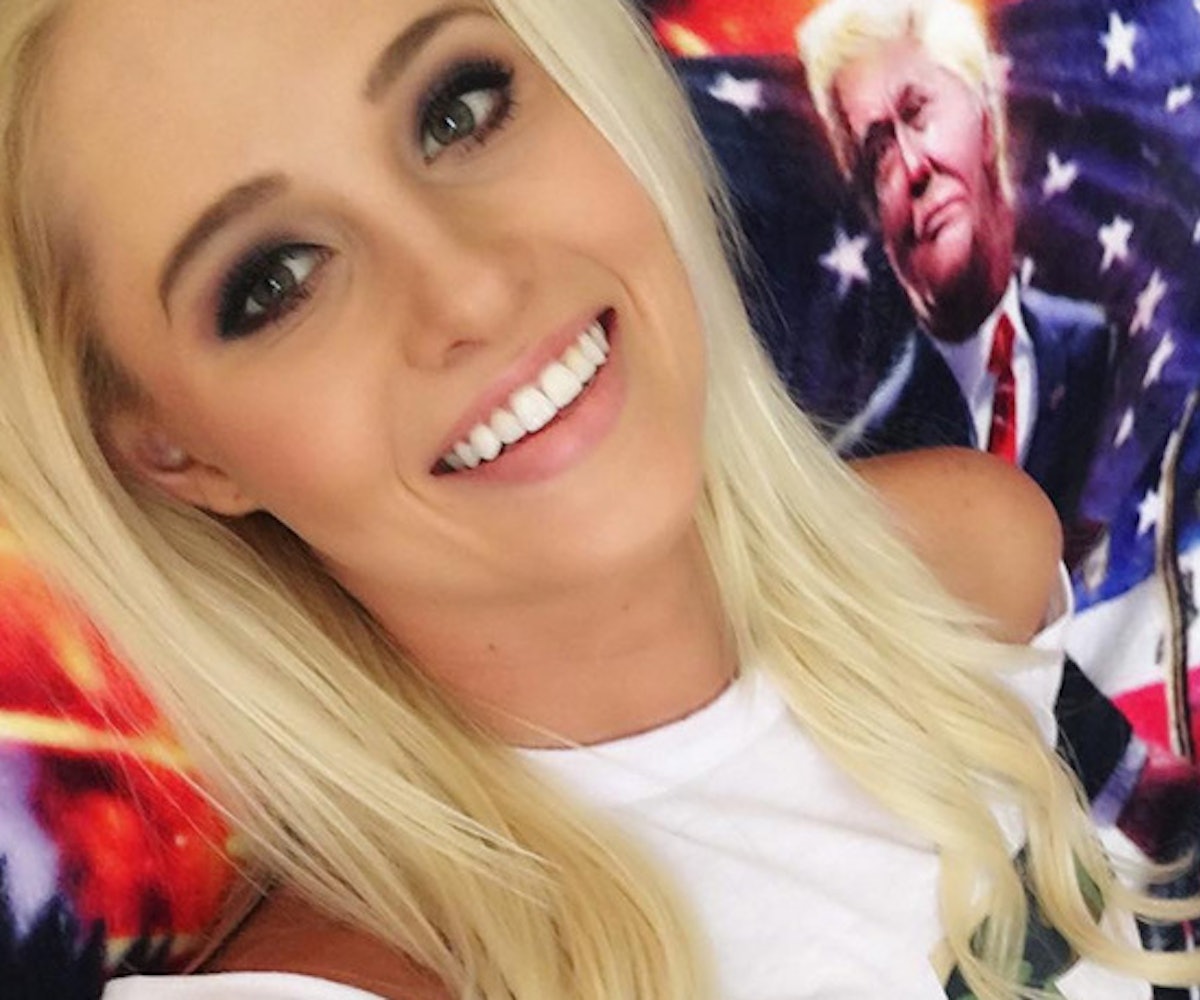 Far-right commentator Tomi Lahren has a lot of really bad opinions. For instance, she thinks trans people using women's bathrooms are predators and that Black Lives Matter is akin to the KKK. Yesterday, she decided to take to Twitter to share another really awful hot take, this time about how millennial men aren't strong enough to fight wars.

"As I watch millennial men struggle to lift their bags into the overhead bin I am reminded how f'd we are if there's a draft," Lahren tweeted.

It seems to be lost on her that millennial men have been fighting in the longest war in American history, the Afghanistan war. Also, there seems to be a new trend among the right-wing that fighting in wars is the barometer for how much a generation contributes to society. Earlier this week, conservative cable news host Joe Scarborough said that it was sad young men spend more time playing video games than fighting in world wars.

"Young men in the 1940s liberated Europe from Nazism and the Pacific from the Japanese Empire," he tweeted. "Today, too many stay home playing video games." It's like he's wistful for World War II.

It's a good thing that we don't have most of our young men in combat. Also, Lahren and Scarborough talk about men as if they're the only ones fighting our wars. Women have been serving in the military for decades, as have trans people, pending Donald Trump's threat to ban them.

If Lahren is so worried about a draft, then she probably shouldn't support trained trans soldiers being banned from fighting. Or better yet, maybe don't vote for the candidate who, within his first 200 days in office, brings us frighteningly close to the brink of nuclear war.

NEXT UP
Beauty
Megan Fox Is Completely Transformed By A New Blonde Bob
Entertainment
Harry Styles Is Performing At The 2023 Grammys
Culture
Spice Girls May Reunite For King Charles’ Coronation
Beauty
Kylie Jenner Is Bringing 1920 Finger Waves to the 2020s
Style + Culture, delivered straight to your inbox.