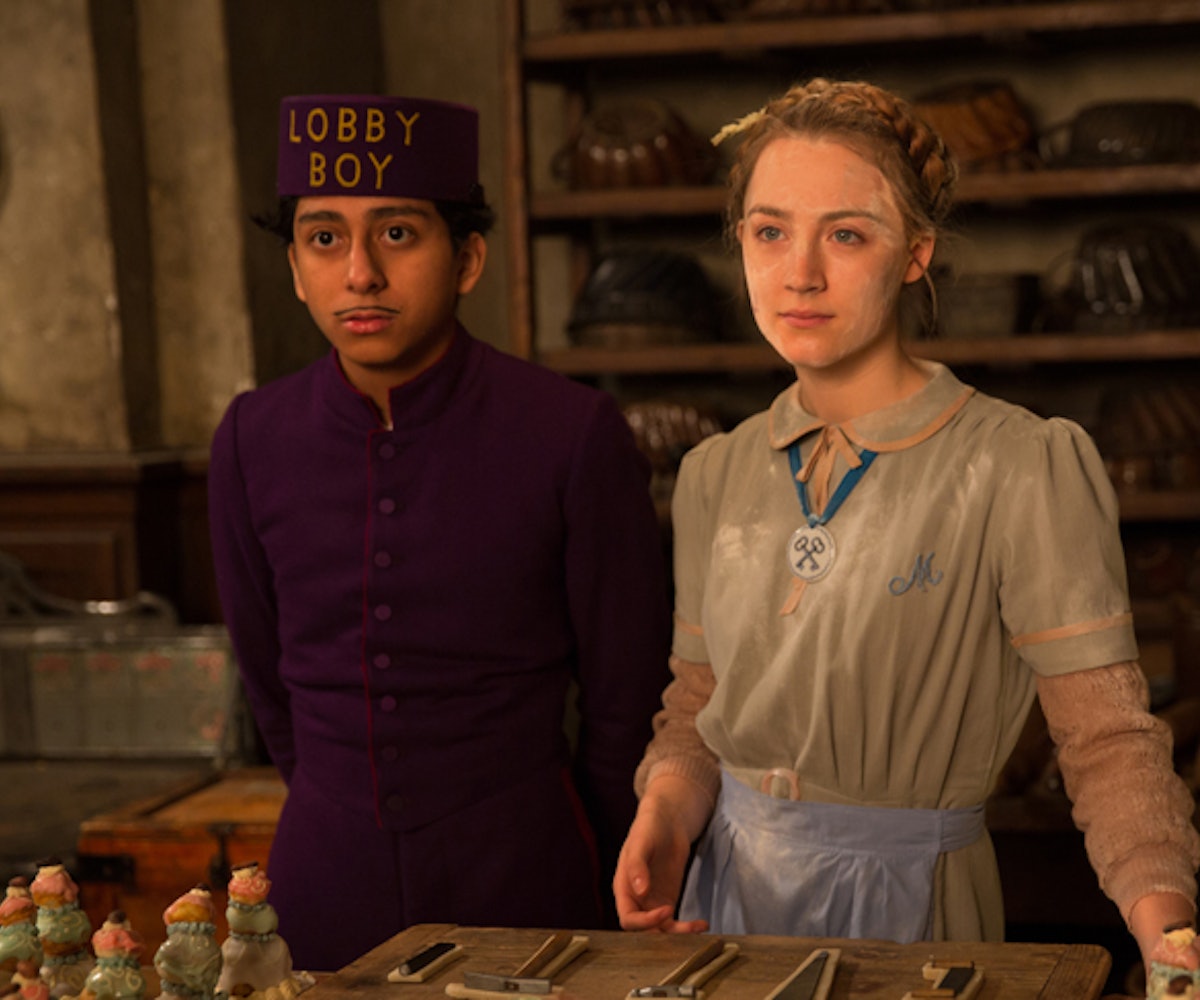 If the captain of Wes Anderson's The Grand Budapest Hotel is Ralph Fiennes as M. Gustave H, the first mate is Tony Revolori as his confidant, protege, and friend Zero. At just 17-years-old, Revolori carries the film with expert ease and charm--he's already a natural in the world of Wes Anderson.

We were lucky enough to sit down with the young actor and pick his brain about what it was like to work with Anderson, who's a better bowler, himself or Bill Murray, and what's next. Read on to get to know film's next big thing.

What was your audition process like for the role of Zero?

I found out about it through my agent. Wes [Anderson] had been searching pretty much around the world and finally came to the States and had an open call audition. I went in with my brother [actor Mario Revolori]. We had an amazing time. Came out of the audition. Thought nothing of it. About two weeks later, we get a call saying we're the two finalists. And we go into that second callback audition. It's great, we come out feeling happy. Four days later, I get a call from my agent saying that Wes wants to fly me out to Paris. He flies me out for a day only… 17 hours. I spent more time on the plane then I did there. But anyway, we talked, we read the script, we had dinner, then he flies me back. I kept in touch with him, and then he finally offered me the role of Zero.

When you found out that Wes wanted to fly you out to Paris, what was your reaction? Were you shocked?

Definitely. My brother had usually beaten me out for roles many, many times before so I thought for sure again, but no, this time, I beat him, and I was like, haha! I thought it was amazing. It was the first time flying alone first and foremost, and then also, my first time in Europe. So I thought, yay!

Is your brother a little sour?

No. He gave me a big hug and said congratulations. And then he punched me. That feels mixed now that I'm thinking back on it.

When you arrived on set, were you nervous to be surrounded by so many accomplished and well-known actors?

Well, we like to joke that everyone had an Oscar or Oscar nomination in this film. [pause] Wow… that is really true. Oh God. How was I not nervous? No, I was not nervous, I don't know why. I wasn't. I just felt like, okay, let's do this. It's my time to get my break and I'm going to do my best, I'm coming prepared and let's hope for the best. Everyone helped me feel comfortable. Everyone really did help me feel relaxed and gained my confidence and then I just continued forward on with the movie.

How did you prepare for your role as Zero?

I did work in a hotel for about a week. I did the odd jobs, clean a pool, clean a room, things like that. You'll be surprised… people make messes in hotel pools. That's the thing. Take your underwear with you! Why would you leave it in a pool? Midnight swims are the worst… [laughs] No, but it was great. Wes and I had talked for four months prior to the film. I sent him videos of me reading the script. He sent me back notes, and we went like that. Then I finally came on set.

In the film, you share a lot of screen time with Ralph Fiennes and Saorise Ronan. How was it working with them?

I loved working with both of them. Saorise was great because we had a bunch of common ground. And with Ralph, he is just a legendary actor. He's probably one of the top actors right now in this generation, and I feel like I had a master class working so closely with him and seeing every detail he does and how he works. I picked out a lot of things subconsciously from all of these actors and was able to gain that knowledge and move forward.

Prior to working with Wes, did you have a favorite Wes Anderson movie?

. So out of those three,

is my favorite to this day.

What was the environment like on set? I know Wes can be very particular about certain things.

People always say that he's a tyrant. I'm like, not at all. He is not a tyrant, he just knows what he wants and he'll wait and take as many takes as he needs to get that point where he get its. It's a calm, relaxed environment. He would say, "let's move it here" and "let's try this", so even though it's a lot of takes, you feel calm and relaxed because he's not forcing you or pushing in any way like that. It's great, I loved working with him. He's a fantastic director and he gets you to the place where he wants you to be subconsciously or consciously, but you get there.

For you, this is really your big moment. Do you feel like you're right on the edge of being super famous? Is that intimidating?

What happens happens to be honest. I don't mind whatever does happen, but I'm just gonna be me no matter what, even if people recognize me down the street, I'll be the same person at this exact moment.  I don't feel all changed in any way. My experiences and my career path might change, but me, probably not.

What was your favorite part about the whole experience?

This interview right now! [laughs] But probably my favorite moment was going bowling with a bunch of the cast.  We were in this small, little town where they had nothing to do so it's like, let's go bowling. Bill Murray and our Director of Photography, Bob Yeoman, won. Bill's got an arm like a giant so he just grabs the ball and chucks it. He doesn't really chuck it, he rolls it like a regular ball, but still. F. Murray Abraham was really good, too.

What do you want to do next?

Anything. I want to work. If I could choose though, a Derek Cianfrance movie would be cool--whatever he's doing next--or it'd be cool to work with Oscar Isaac.