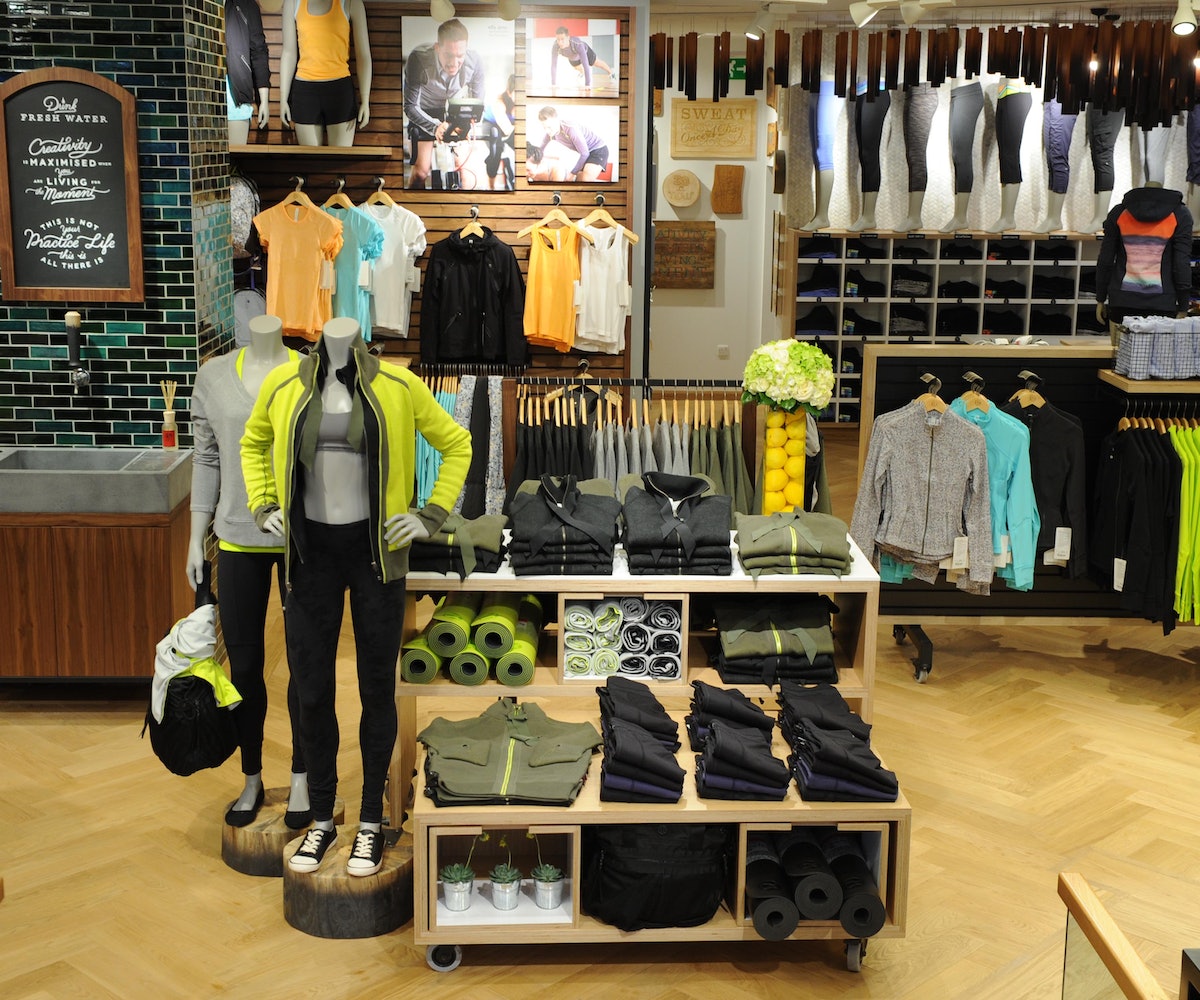 Like Heidi Klum always says: In fashion, one day you're in and the next you're out. Well, it looks like athleisure is on it's way out, if a report from Business Of Fashion is to be believed. A huge drop in Lululemon's stock cold be the first signs of the death of the sportswear-as-loungewear trend.

More specifically, Lululemon's stock recently dropped a notable 24 percent. It seems likely (although not assured) that the dip was related to the company's questionable choices in colors for their spring collection, but many are wondering to what extent this is a sign of bigger movements in the industry. Nike and Under Armour saw similar (although less dramatic) drops in their numbers as well, but even further analysis shows some contradicting numbers: Industry-wide sales of athleisure items in North America have grown 39.2 percent to $26.05 billion; however, sales are expected to grow at only 5.2 percent in 2017, slower than the average 6.9 percent rate at which the category had grown in the last five years.

With leggings prices ranging from mere dollars to the thousands, it's hard to tell if the market is simply saturated or if this indicates a sea change in people's attitudes about style.

But what comes after this whole thing is over? Apparently, it's denim. "We continue to believe trends shifts away from athleisure to denim will present stiffening headwinds to Lulu," remarked Canaccord Genuity analyst Camilo Lyon, noting the increasing popularity of '70s-inspired wider leg and high-waisted fast-fashion in this department.

"Over the past 12-24 months, other athletic wear bellwethers such as NKE and UA have seen meaningful multiple contraction once sales started slowing and margins stopped expanding," added Ike Boruchow, analyst with Wells Fargo, in a research note.

From Kellyanne Conway to United Airlines, the leggings-as-pants trend has attracted a strange list of detractors over the years, but good luck convincing many of us to put on a pair of pants ever again.