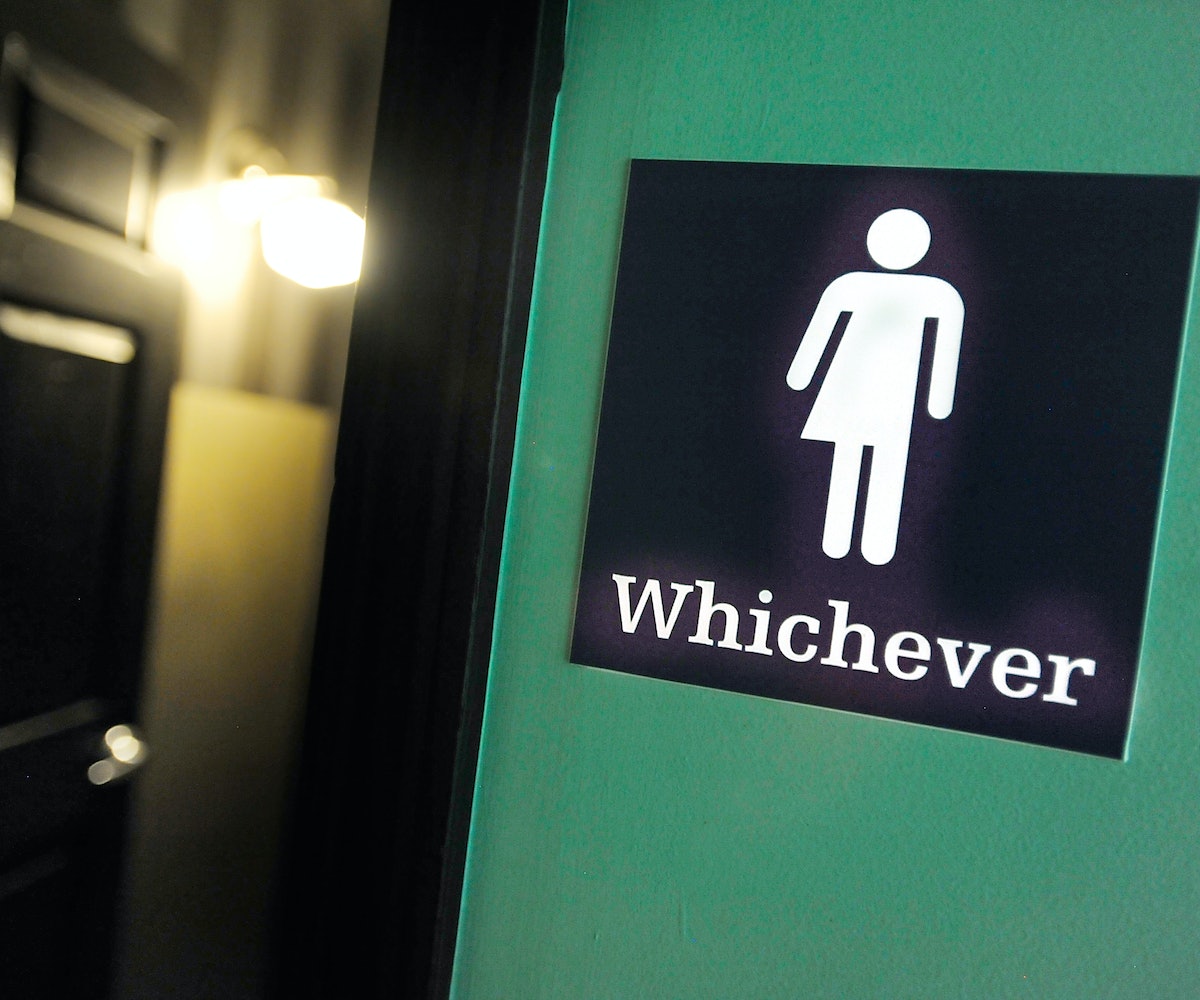 In troubling—and therefore not surprising—news, the Trump administration said yesterday that it will be examining President Obama’s directives on the treatment of transgender students, and will likely be rolling them back. At his daily carnival show, press secretary Sean Spicer said that Trump views these protections, which allow transgender students to use the bathrooms and locker rooms that align with the gender they identify with, “a states’-rights issue and not one for the federal government.”

The Obama administration, which made the defense of gay and transgender rights one of its hallmarks, guaranteed these rights under Title IX, which has caused almost half of the states in the country to sue. The case is going all the way up to the Supreme Court, with arguments scheduled to be heard next month. “That is an issue that the Department of Justice and the Department of Education are addressing,” Spicer said. “I think that there will be further guidance coming from DOJ in particular with respect not just to the executive order but also the case that is in front of the Supreme Court.” That’s right. This issue is now in the hands of the departments being led by Betsy DeVos and Jeff Sessions, the latter of whom has a shameful record when it comes to voting in favor of LGBTQI+ rights.

Spicer didn’t give concrete details on what the Trump’s actions would be, instead telling reporters to refer to what he’s said in the past. “So will there be further guidance coming out on this? I think all you have to do is look at what the president’s view has been for a long time.” But that’s the thing about Trump: You never quite know what exactly his view is. This is the same Trump who on the campaign trail said he would be okay with Caitlin Jenner using any bathroom she wanted at Trump Tower. In fact, Trump actually spoke out directly against North Carolina’s controversial bathroom law last April on the TODAY show. "North Carolina, what they're going through with all of the business that's leaving and all of the strife, and that's on both sides—you leave it the way it is," he told Matt Lauer. "People go, they use the bathroom that they feel is appropriate. There has been so little trouble."

It was only after the Obama administration’s anti-discrimination policy came into focus that Trump directly opposed it, saying that the government had overreached. Typical.