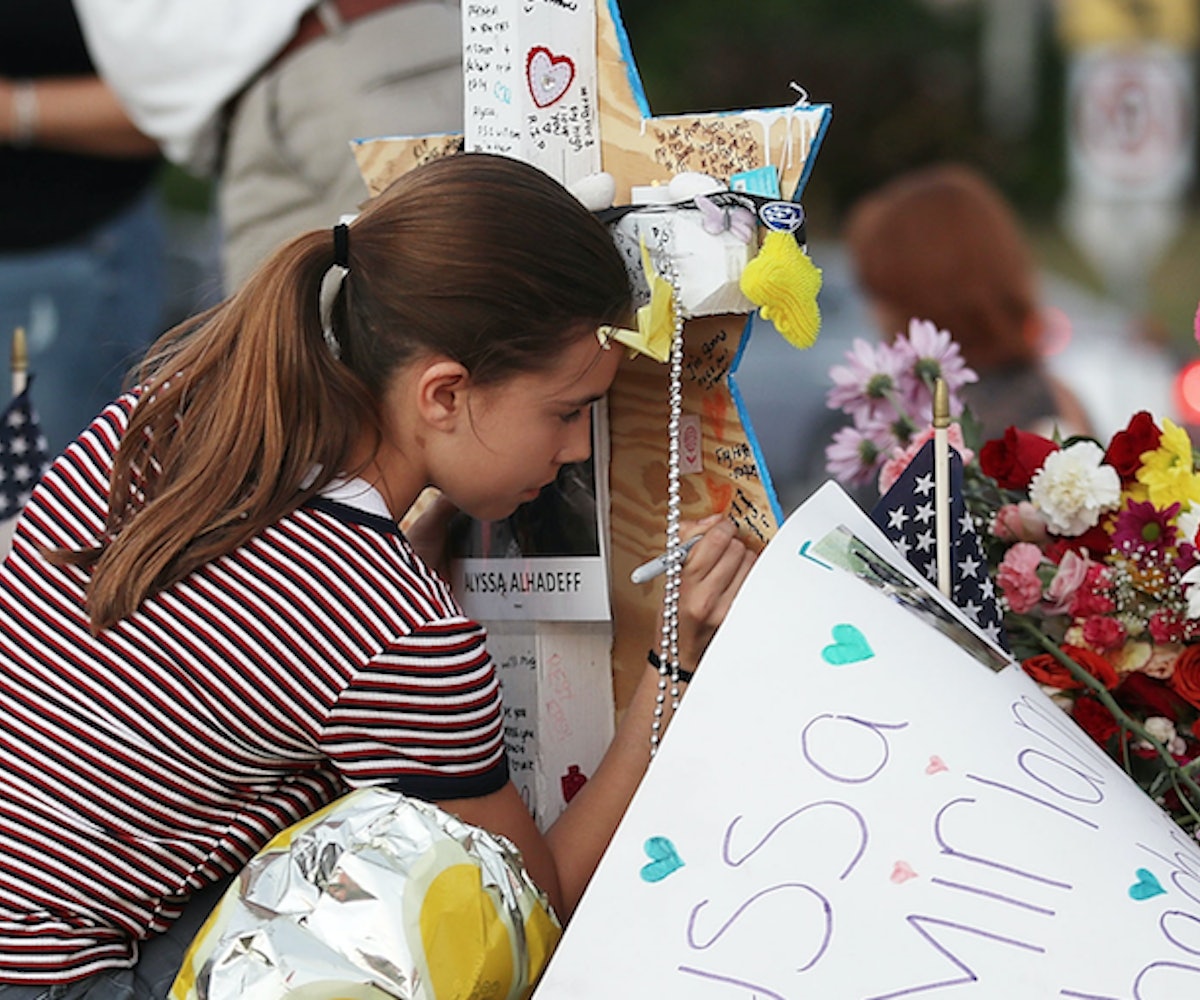 President Trump hosted a listening session at the White House yesterday for students and family members who have been affected by school shootings following the mass murder in Parkland, Florida. During the meeting, grieving parents and students vented about their own experiences with school shootings and called for ways to prevent these incidents from happening in the future, including stricter gun laws, mandatory background checks, and putting more money towards mental health treatment.

Dealing with people who have experienced this level of trauma requires a sensitive touch, and a demonstration of leadership and empathy—none of which are traits the president has been shown to possess. For further proof of Trump's natural lack of these qualities, photographer Chip Somodevilla snapped a photo of a scrap of paper in Trump's hands, filled with reminders on how to talk to the students and their families.

The "cheat sheet," written on White House stationery, is a bulleted list of talking points for Trump during the meeting, including questions like: "What would you like me to know about your experience?" And something that appears to say: "What can we do to help you feel safe?" The last note served as a reminder for Trump to tell the survivors: "I hear you."

Is it surprising that Trump would need to carry around a written reminder to behave like a compassionate human? No. Maybe it's even a good thing that someone on Trump's team is looking out for not only Trump, but also the people with whom he's meeting, so that they won't be further traumatized by his callousness.

Either way, we've got to say, while we're not totally surprised that Trump needs an empathy cheat sheet, we were amused to see that he has his shirts monogrammed with the number "45." Is there no end to this guy's narcissism? Seems like there's not.