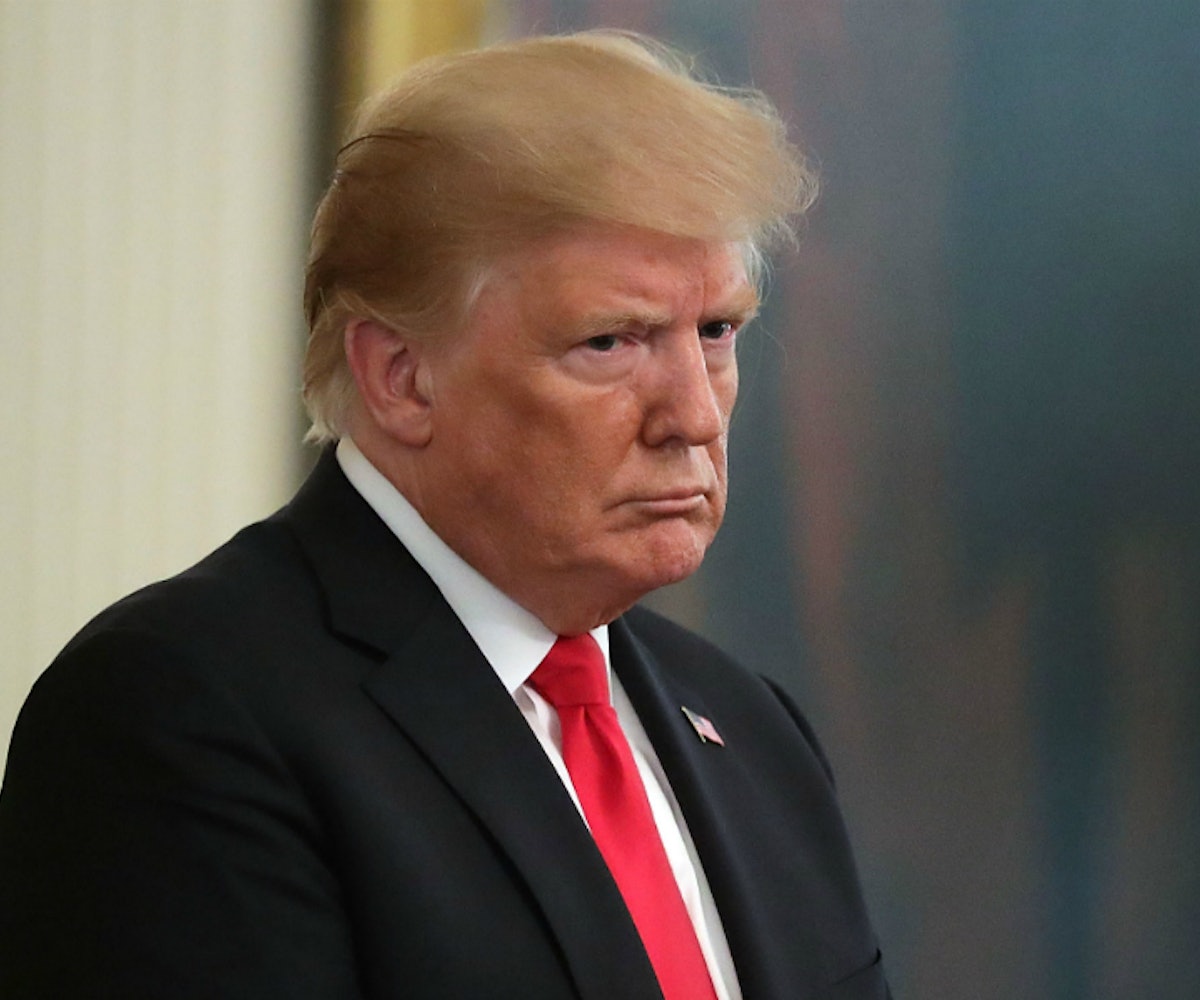 On this episode of "Trump Babbles On About How Great He Is," the current POTUS informed Fox & Friends' Ainsley Earhardt that he has good reasoning for why he should not be impeached. “I don't know how you can impeach somebody who's done a great job," he boldly claimed. "If I ever got impeached, I think the market would crash. I think everybody would be very poor.”

Trump then pointed at his bad hairpiece and asserted, “Without this thinking, you would see, you would see numbers that you wouldn’t believe.” Pretty sure that's not the case, but okay.

The rest of the interview touches on nearly everything related to the president but clarifies almost nothing, other than that he's a mess. Don't worry, he still remembers to bring up Hillary Clinton's emails. Try to make sense of his rambling on Michael Cohen, popularity within the FBI, the infamous wall, and much more in the entire interview, below.