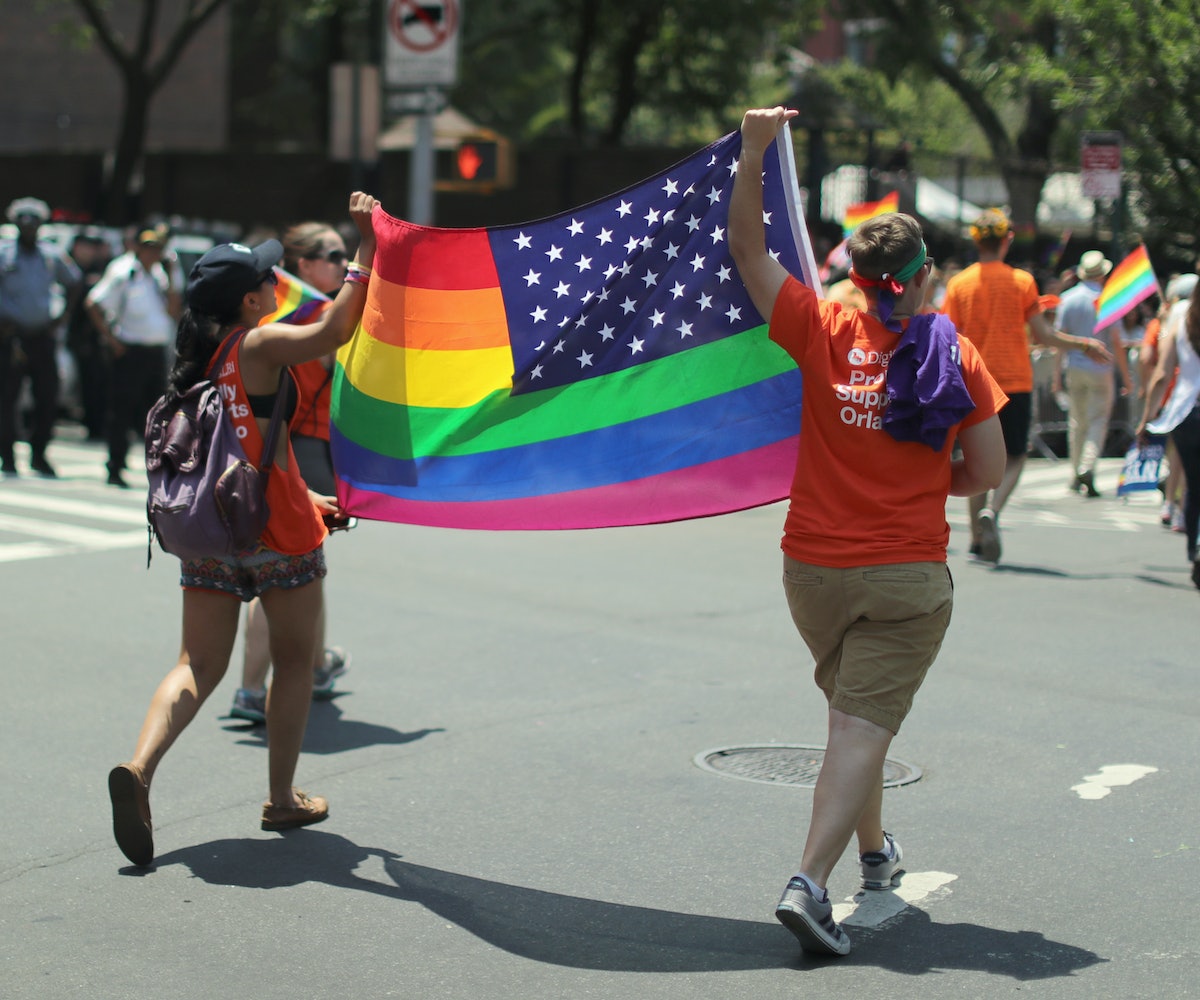 A recent draft of the 2020 United States Census questions has appeared online, and important inquiries about sexual orientation and gender identity have been completely deleted from the survey. The Trump administration has shown antipathy toward the LGBTQI+ population before; now they're making it clear that they are not interested in collecting data or learning about queer Americans at all. The census is considered the "leading source of quality data about the nation's people," according to its website.

Questions about sexual orientation and gender identity were included as proposed subjects in an earlier draft of the census, but this topic has been entirely omitted in a finalized report delivered to Congress this week, according to The Huffington Post. The Census Bureau states that the earlier draft was released "inadvertently," but was modified before being sent out. This would have been the first time the massive poll took into account the broader existence of sexual minorities, although unmarried same-sex partnerships have been tallied by the survey since 1990.

The move has drawn criticism from LGBTQI+ advocacy groups. “Information from these surveys helps the government to enforce federal laws like the Violence Against Women Act and the Fair Housing Act and to determine how to allocate resources like housing supports and food stamps,” Meghan Maury, criminal and economic justice project director at the National LGBTQ Task Force, said in a statement. “If the government doesn’t know how many LGBTQ people live in a community, how can it do its job to ensure we’re getting fair and adequate access to the rights, protections, and services we need?”

“Social science researchers, health professionals, educators, and so many others striving to meet the needs of our communities for years have been decrying the lack of population-based data about who and where we are, the elevated rates of poverty we endure, and other serious challenges,” Jennifer C.Pizer, law and policy director at Lambda Legal, added in another statement. “This is an assault on science as well as on a uniquely vulnerable group of Americans. It only strengthens our determination to be visible and counted in our communities, in town halls, in the streets, and in courtrooms nationwide. We number in the millions and we aren’t going back.”

Chelsea Clinton has tweeted about the subject as well:

“Our goal is a complete and accurate census,” Bureau director John H. Thompson said in a statement Tuesday. We don't know about that.