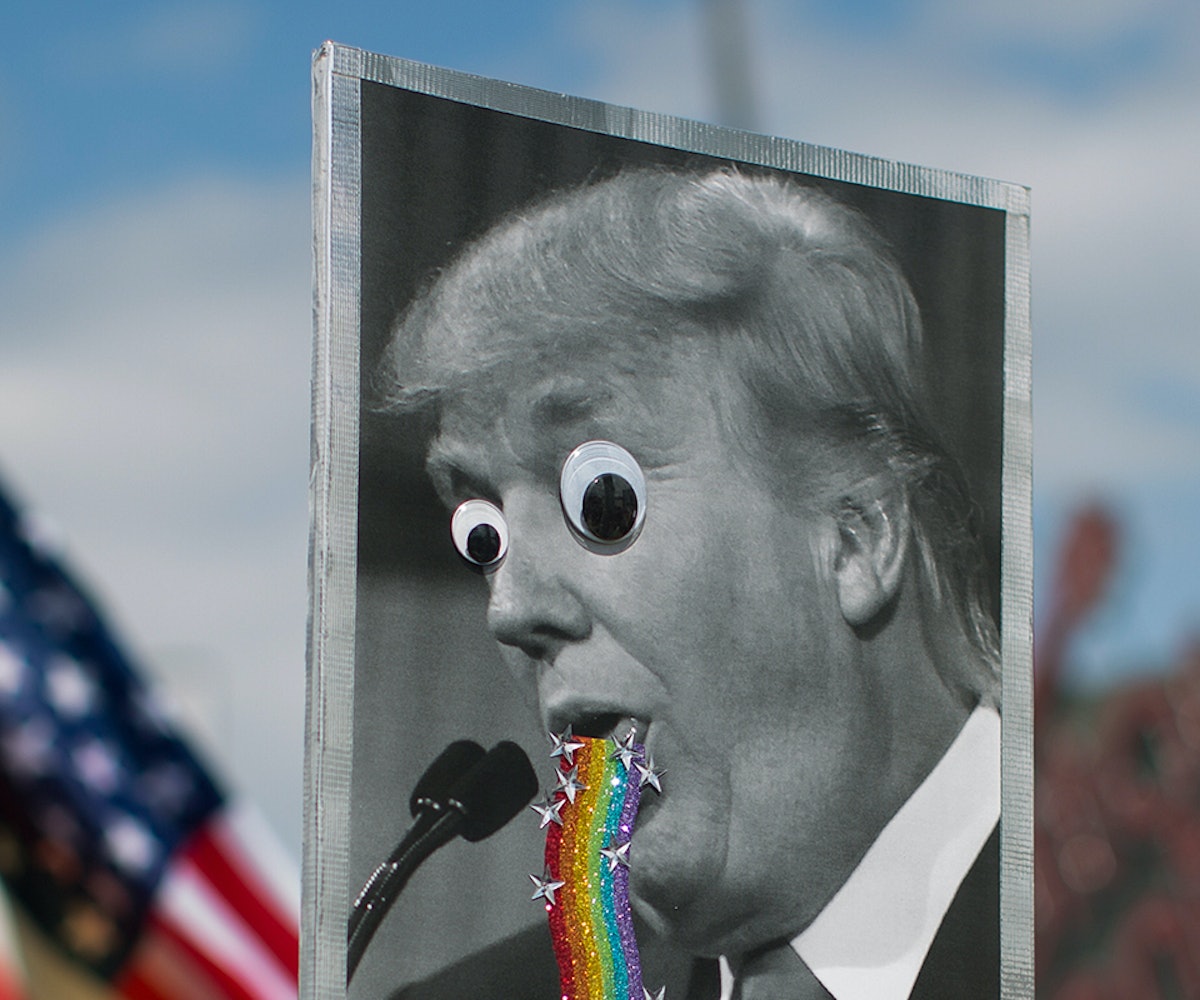 New insight into the day-to-day happenings of the "adult day care" the White House has allegedly turned into paints a horrific picture. An extensive New Yorker piece by Jane Mayer on Mike Pence dives deep into the vice president's family life and background. Mayer also highlights Pence's rapport with President Trump, which is arguably less cordial than it is bullying. Case in point: Trump gets a hoot out of poking fun at Pence's highly conservative background, including his stance on abortion, religion, and gay rights. Will the real Oval Office babysitter please stand up?

This is where Trump would, given he understands the irony of internet speak, insert a "LOL" for good measure. But this is no laughing matter. The murder of queer people has never been a laughing matter; it isn't now, and it never will be. These are two of the most powerful people in the country having a crow over one bigot using the other's more intense bigotry as the butt of some misguided joke. Trump may get his rocks off on some lighthearted "locker room talk" fun, but let's not forget he's the first sitting American president to ever to address the far-right Christian organization, The Family Research Council, one that believes, based on the pamphlets handed out at its annual Values Voter Summit where Trump spoke, queerness is a disease that must be eradicated.

If you're not aware this administration wants to control queer bodies, women's bodies, and other disenfranchised bodies, then you're not paying attention. They are not looking out for the majority of Americans. To them, queer lives are secondary, something to hang. It's absurd to think they believe otherwise, especially when they've stooped as low as ensuring a flagpole that was set to permanently fly the rainbow Pride Flag, as per an official government permit, was not on official federal land. A. Flag. Pole. This is exhausting.