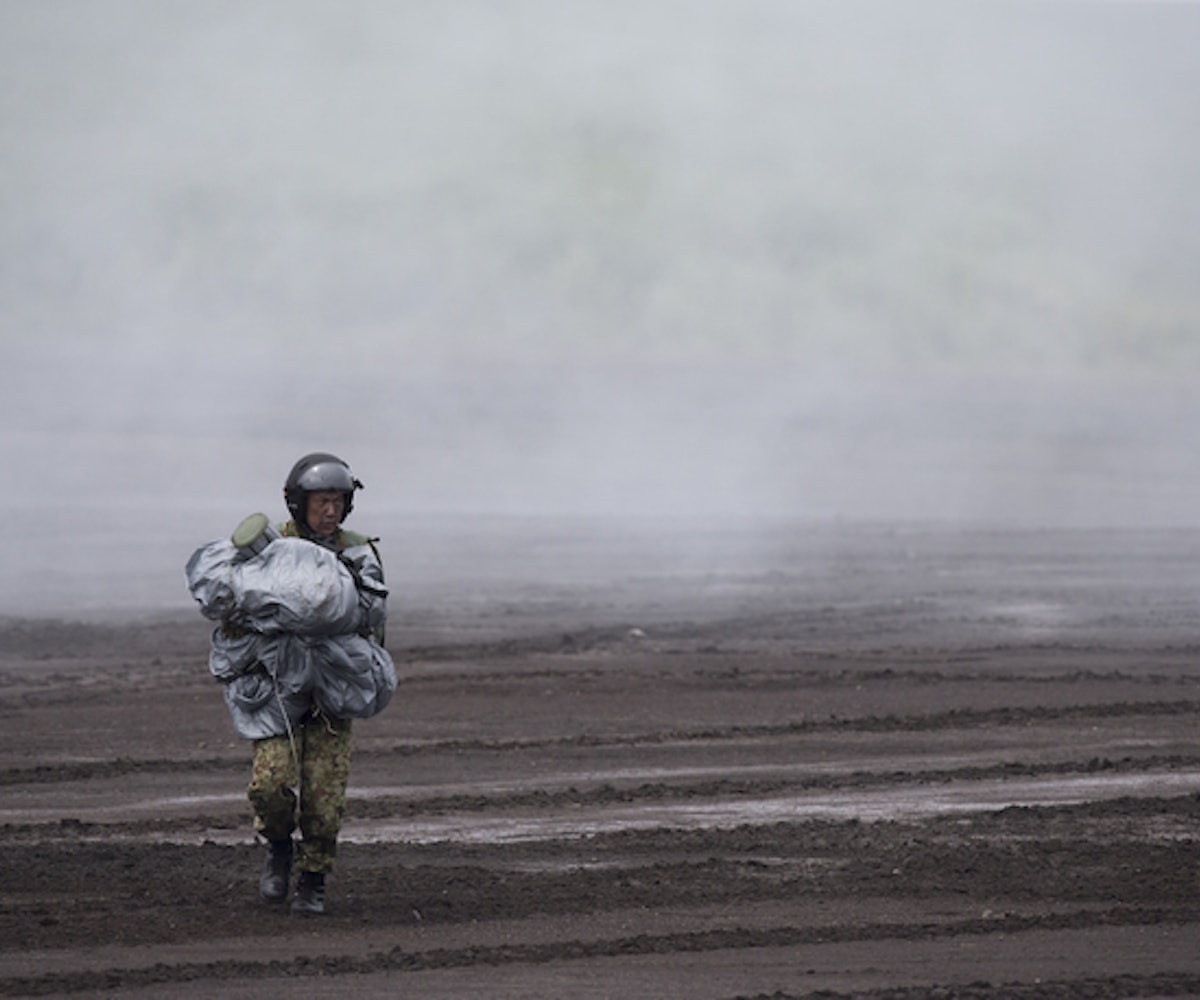 Earlier this summer, amidst growing criticism from both political parties, Trump issued a series of shocking tweets in which he announced his decision to ban transgender people from joining and serving in the military. The tweets were met with widespread confusion and disapproval: Trump had not yet created a plan for implementing the ban, nor had he informed many in his administration of this plan, nor was the move considered advisable by top military experts.

Now, as a devastating hurricane looms over Texas and his office continues to lose staffers under mysterious circumstances, Trump is taking the next steps towards making his patently discriminatory plans into reality. According to Time, Trump has now formally ordered the Department of Defense to reverse the 2016 order which allowed transgender people to serve openly in the military, thus turning the ban into official policy.

Under the policy, trans people are now barred from being enlisted as new troops and current soldiers' medical treatments will be blocked.

“The memo that was signed today adopts a policy directing [the Department of Defense] and [Department of Homeland Security] to return to the longstanding policy and practice on military service by transgender individuals prior to June 2016,” an anonymous official said.

Pentagon officials now have six months to elaborate upon a more comprehensive "implementation plan" for how to address transgender people already serving in the military. There seems to be an indication that in certain specific circumstances, some trans people will be allowed to continue in their position should unit cohesion or military readiness be compromised by their removal. This, of course, is ridiculous: The entire ban itself compromises military readiness and cohesion.

"The President is the President for all Americans, and during last year's campaign he was the first GOP nominee to talk about LGBTQ issues at the GOP convention, but he also was critical of the Obama administration's change in that longstanding DOD policy," said the official, who refused to acknowledge the inherently prejudiced nature of the policy.

"He's going to continue to ensure that the rights of the LGBTQ community, as well as all Americans, is protected," the official added. "This policy is based on a series of national security considerations."

Trump's original claims that the medical costs of transgender soldiers are too high to bear are plainly untrue. The military spends much more on Viagra for cis male soldiers than it does on the expenses of transitioning. According to Politifact, the military spends between $2.4 and $8.4 million, an "exceedingly small proportion" of costs, on surgeries for trans soldiers. In 2014, they spent $84.4 million, 10 times as much, on prescriptions related to erectile disfunction. Studies have similarly shown that the inclusion of trans people in the military has a "minimal impact" on units.

“Imagine, if you would, if the president tried to pull the same prank on Jewish soldiers or gay and lesbian soldiers or Chinese soldiers or African-American soldiers,” said Aaron Belkin, the director of the Palm Center, who opposes the move away from equality. “To pull the rug out from under a group of service members who have been defending our country is inconsistent with two centuries of American history.”