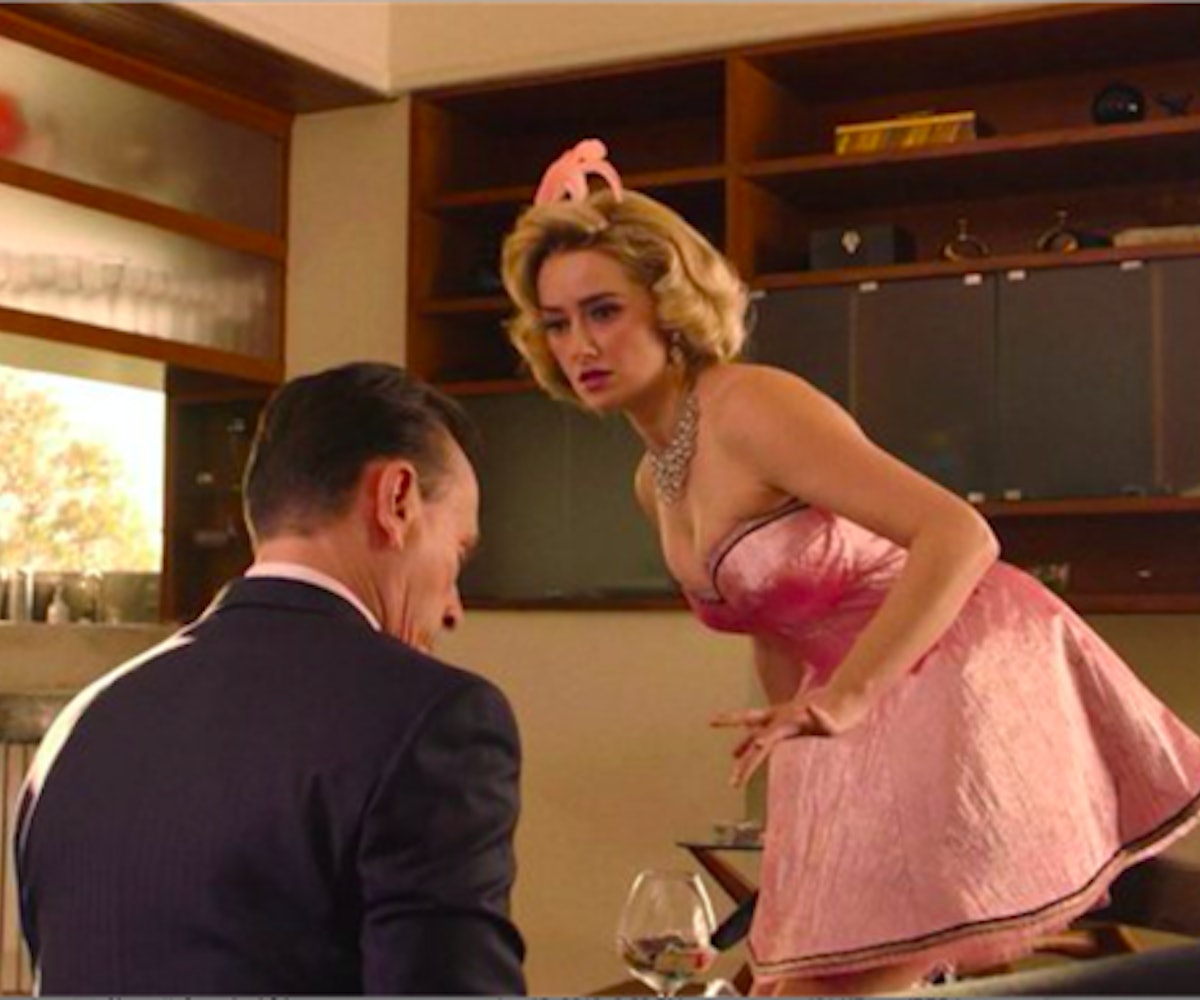 It can be a perilous thing to try to judge any aspect of the new season of Twin Peaks as it unfolds. Writing about the moment in episode seven when David Lynch’s Gordon Cole reacts stiffly after Diane (Laura Dern) desperately embraces him, I wondered if this might be partly Lynch’s own reaction to open displays of emotion. But in episode 10, Gordon says that he felt something was wrong with Diane in that moment, and he was thinking that she might be a traitor to the FBI. So Lynch’s stiff demeanor was actually a deliberate plot point, but we had to wait two more episodes to find that out. Surely this isn’t the only booby trap Lynch has set for hapless recappers.

In the four episodes that have aired since the outright experimental episode eight, Twin Peaks has offered up lots of convoluted plot information, but what has stayed with me are moments and sequences that have no clear explanation. These scenes can be sweet, as when Lucy (Kimmy Robertson) decides to make an online purchase of the red chair that her husband Andy (Harry Goaz) likes instead of the beige one that she prefers. Or they can be nightmarish, as in the long sequence in episode eleven where Bobby (Dana Ashbrook) and Shelly (Mädchen Amick) try to reason with their unhinged daughter Becky (Amanda Seyfried).

Very few directors are given the chance to revisit characters from a past work with the same actors 25 years later. Lynch steers clear of nearly all chances to make connections between past and present, and these potential connections do not necessarily have to be a nostalgia trip or fan service. In the scene between Bobby and Shelly and their daughter, both Ashbrook and Amick seem ready and anxious to show who these characters are now and their relationship to each other. But Lynch steadily cuts away from these attempts and moves the scene in a wholly unexpected direction. The menacing Red (Balthazar Getty) signals to Shelly from outside the window of the diner, and she suddenly drops her maternal gravitas and shamelessly becomes a giddy and irresponsible teenager again, leaving both Bobby and her daughter Becky in the lurch.

After Shelly gets back from making out with Red, she barely has a chance to reconnect before random shots are fired into the diner. Bobby goes out to see what is happening and encounters a young boy who has found a gun in the backseat of his family van. As the boy’s mother yells at the father, Bobby looks at the boy. Lynch cuts to a shot of this boy standing with his hand on his hip and looking eerily cool and unrepentant. It suddenly seems likely to Bobby, and also to us, that this little boy is maybe evil, and that he knew exactly what he was doing when he fired a gun into the diner. But that isn’t the end of Bobby’s problems here.

There is a car behind this family van, and the older female driver keeps honking her horn. Bobby tries to get her to stop, but this lady is enraged and past all patience. She says that she needs to get to dinner and seems wholly unreasonable for a few moments until she mentions that her daughter is sick. And then, we see an androgynous figure rise up from the passenger seat and start to vomit some kind of slime all over the place. Bobby’s very expressive face registers that he seems to have entered a dreamscape where nothing is right and unexpected bad things are happening one after another. What’s to be done?

In episode 10, there is another scene that seems to have a much deeper significance than is at first apparent. Candie (Amy Shiels), who is always at the center of the girls dressed in pink at a Vegas casino, is trying to kill a fly. Lynch keeps his camera on her for quite a while as she follows the fly from point to point. The casino owner, Rodney Mitchum (Robert Knepper), barely registers that Candie is even in the room as she tries to catch this fly. And then finally, the fly lands on Rodney’s face, at which point Candie picks up a remote control and hits Rodney as hard as she can in order to kill the insect.

The aftermath of this scene is fascinating. Candie is overcome with remorse right away and can’t stop crying. Rodney does not seem to care about getting hit with the remote. He is removed from Candie’s despair and uncomprehending of it. This is certainly open to differing interpretation, but it seems to me that Candie is so upset not because she is afraid of Rodney, and not because she is so grateful to him for rescuing her from a bad fate. (Shiels suggested in an interview with Vulture that she felt Candie might have escaped from some kind of human trafficking situation.)

I think that Candie is so upset because she realizes subconsciously that she actually wanted to hit Rodney with the remote. She can’t stop crying because she is somehow aware that hitting him with the remote came from a place of anger and aggression toward him and toward the men who have hurt her. Candie is in a daze most of the time, and she would not be able to verbalize this deeply buried motive. But that is precisely why this scene has such suggestiveness and such power.

Lynch and his performers are working in uncharted psychic areas that most of us do what we can to keep at bay, and this is what gives this new Twin Peaks such liberating and profound force. I know several very hard-boiled critics with very high standards who have been brought back to a level of nearly childlike “what comes next?” suspense while watching the new season of this show.

Lynch distrusts narrative and neat psychology. He made us wait until episode 12 to reintroduce the popular character of Audrey Horne (Sherilyn Fenn), and then he had her yell at the camera for a bewildering 10-minute scene with her husband Charlie (Clark Middleton) that did very little to give us our bearings or provide any clear exposition. Yet Lynch expertly cut on Fenn’s face at moments when her eyes looked petulantly teenager-like still. This careful cutting isn’t anywhere close to “fan service,” but it is an artistic choice that bears the stamp of creative control. You have to do work with this show and give yourself up to it. There are few simple pleasures here, and that can sometimes be frustrating, but the pleasures that do arise are more complicated and ultimately they should be more deeply satisfying.