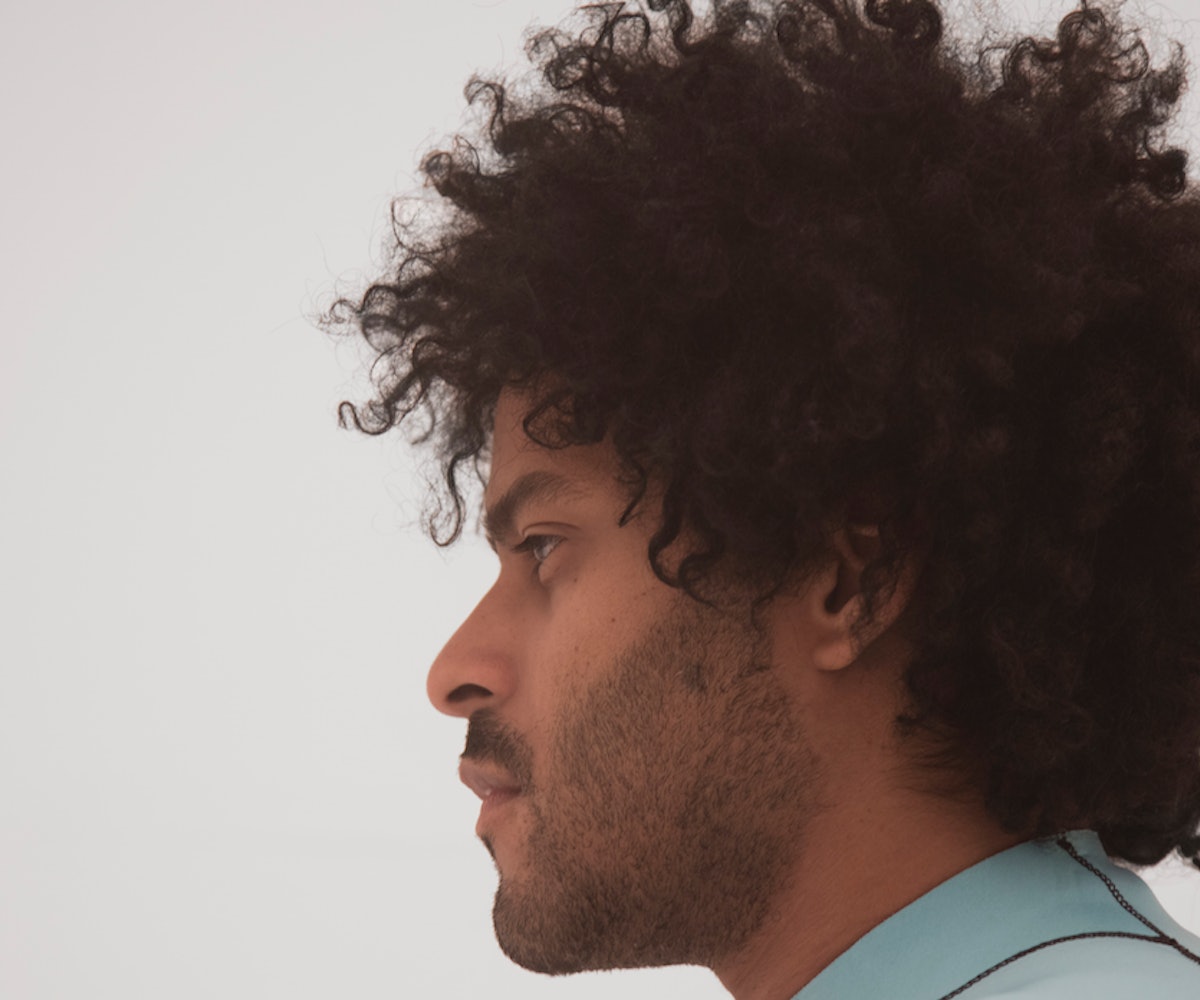 Twin Shadow is not a music newbie by any means. But after nearly a decade of creating experimental, new wave-inspired tunes through his past three studio albums (and one mixtape), the artist, born George Lewis Jr., has finally come of age.

In his latest, Caer, Lewis presents a record both mature and innocent, like a teenager straddling the cusp of adulthood through joyous, bouncing synths, '80s-inspired rhythms reminiscent of The Breakfast Club, and delicately heartbreaking (and sometimes, heartwarming) lyrics. And though this album is arguably his most personal yet, Lewis says that he wants fans to "find their [own] anthems" through it.

"I think that this record is a melting down of all the sonics that I’ve explored and all the songwriting I’ve learned," he says. "[It's] a sort-of alloy of all that I am musically."

Below, Lewis walks us through his fourth studio album track by track. Caer is out now.

"Brace" was written months after a big breakup. While being stuck in a somewhat hopeless place, I met a person who really sparked me again. It’s a song about being grateful towards those people who make you fall again.

I snuck this song on the record after it was already done. It was written in just a couple hours and felt so good to me I had to put it on the record. It's a fun pop song about my current relationship, about true sympathy and how it takes trust and love to have that with someone.

A girl I was dating told me about how her brother killed himself when she was 18. This song is her story, some of it imagined by me from the story she told. For so many of us, 18 years marks the change of everything.

When you're wrong, you feel it/ We all do.

This song is about a complicated relationship with someone who should have been my best friend. It’s about the beauty of female energy and the oftentimes destructive quality of male energy.

This is an old song that was on my Night Rally mixtape. I love it, it’s one of my favorite songs I’ve written, I’d like to keep making the song in the future, see what happens... it’s a letter to myself.

Being Polish/African/Dominican/Russian, I grew up having a tough time with identity, always the minority against a white backdrop in Florida. This song is about my frustrations with the push and pull of identity and the coming to terms that everything from all cultures appeals to me and makes me what I am.

We could be watching the final season of life as we’ve know it. It could be the end. This is a song about remembering when we are at our best.

When two people meet, and they are too fucked-up for each other, too different, but jump in anyway.

This is the most painful song on the record. Hard for me to listen to.

This is my origin story. It’s about my bloodline, it’s about what I can change with all this ancestral blood running through me, an embrace of where I come from, and a rebellious attitude for changing what is supposed to be the path carved out for me.

This song is the entire record in one song, it sums it all up. We are living under great pressure. We are in denial of the great pressure. We laugh at ourselves and mock each other. We are blowing ourselves up on the inside, and maybe that’s a good thing. Maybe the next version of who/what we are is more promising, and as we approach this threshold, I can’t help but revel in all the beauty we’ve created despite our monstrous behavior. I’m grateful for the beauty. I live for it.