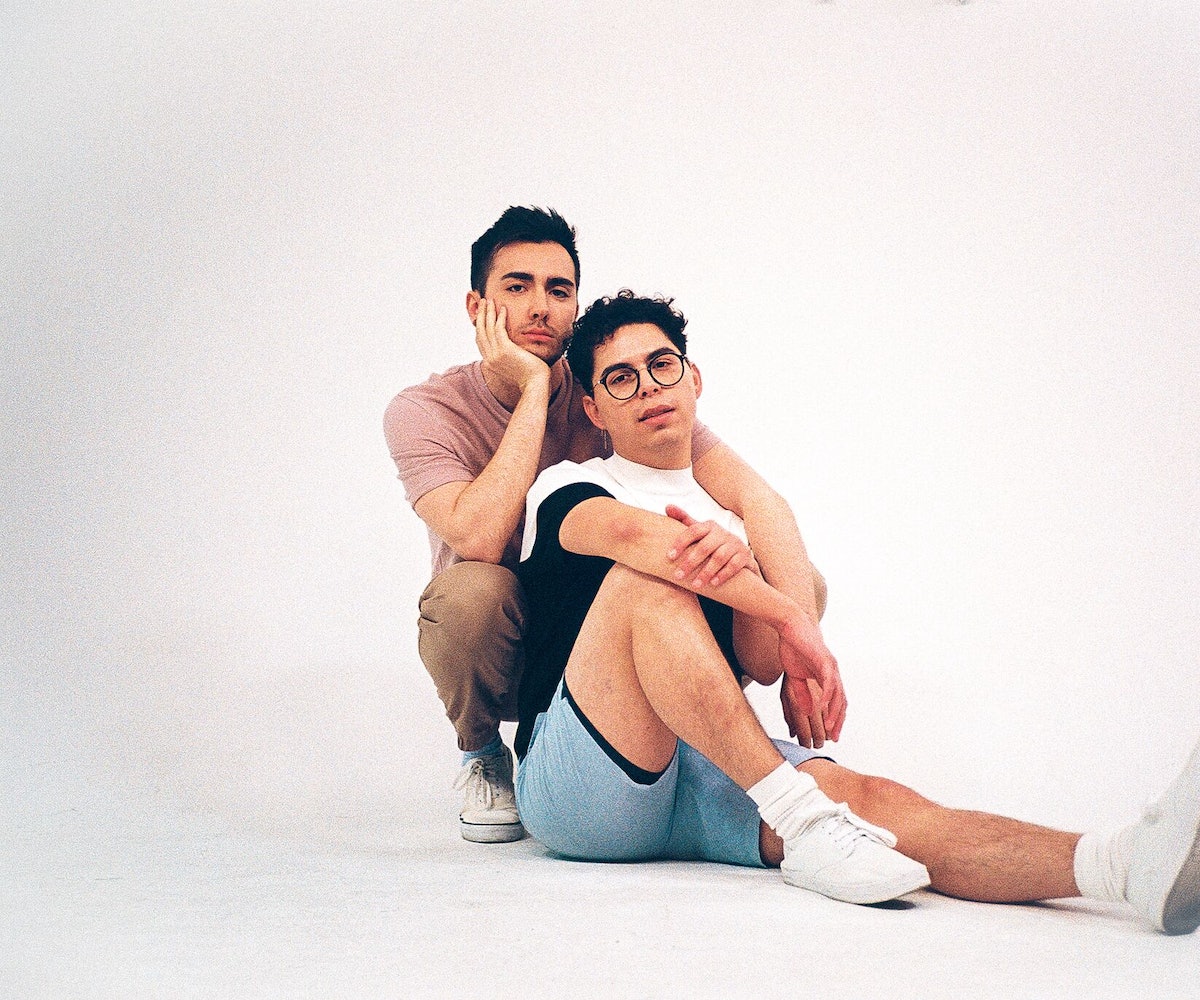 Love is a distraction; it envelops your day-to-day life, taking you on daydreams at inopportune times. At the same time, though, it's a thrill. Rising L.A. queer pop duo TWINKIDS capture that push and pull in their latest song, "Overdressed."

Born from a now-former serious relationship, TWINKIDS flirt with the courting stages of romance and the nagging possibility that this potential lover isn't the one. "I was excited," TWINKIDS' Gene says over email, "so it's definitely a romantic, sexy song, but there's also something deeply painful and abusive about it." Gene considers it to be the poppiest song off of TWINKIDS' forthcoming Boys Love EP (out August 18 via Om Records) despite it being rooted in a relationship that had Gene running back only to get hurt over and over again. "I could feel his dishonesty in everything he’d say, but when I saw him in person, he had this charm that made me forgive him," Gene adds.

"Overdressed" is, indeed, a slick electronic song. It's alluring but hesitant ("I love you deeply/ You're a liar to me" they sing on the chorus). It swells with emotion before swiftly returning into itself only to swell again. "It's about that pendulum feeling at the beginning of a relationship," Gene says, "knowing he’s the best when you’re with him, but then full of doubt when you’re apart."

Too real. Listen below.