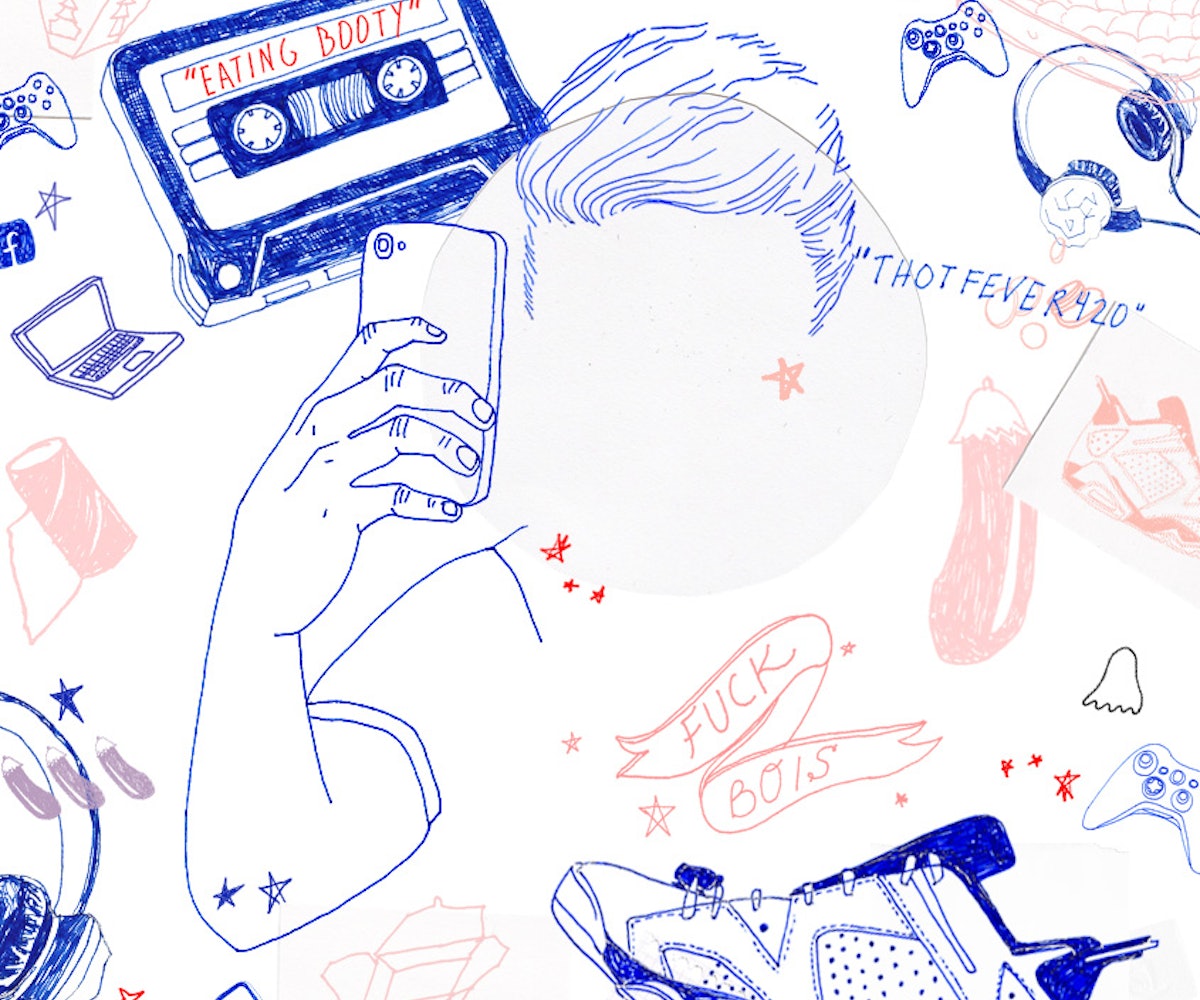 We've all been there, haven't we? You're visiting your parents in Florida or get a little too tipsy and swipe right on some harmless-looking skateboarder, and before you know it, you're knee-deep in a codependent relationship with a seemingly populous breed of creature known as a fuckboi (alternative spelling includes "fuccboi," "fukboy").

Fuckbois may be hard to detect in the beginning stages of a relationship. But you may be able to determine if he is a fuckboi if symptoms include fronting, ducking, creeping, and ghosting. However, if it is not treated early on, you may experience public embarrassment, crippling financial debt due to enabling a sneaker addiction, and exhausting durational DJ sets.

Urban Dictionary—a.k.a., Millennials' Encyclopedia Britannica—defines the fuckboi as: "A bitch-ass basic boy that does stupid shit just to get a reaction out of people." Julianne Escobedo Shephard calls them "aspirational, but basic." Fuckbois usually think that they are cool or suave, but mostly they just intend to inhabit a cultural identity that they may never achieve. Generally, fuckbois all have the same motives: To occupy time and space with the sole output being "hype." However, there are subcategories of fuckboi that determine the style in which the fuckboi chooses to disrespect the world around them. The following list highlights only a few categories of fuckboi; however, it may help you diagnose and identify whether or not you have indeed contracted a fuckboi boyfriend.

This idiot heard it was cool to be aware of "The issues," yet is morbidly misguided and is ultimately self-serving in the things he chooses to valiantly reblog.

This fuckboy somehow simultaneously is a complete mama's boy, yet disrespects all women including his mother who supports him financially.

This guy claims to have been "grinding for years" on the music scene...yet still no one's heard of him.

This fuckboi's Instagram handle is something like "thotfever420," and his avatar is a photo of him holding a stack of money that doesn't belong to him.