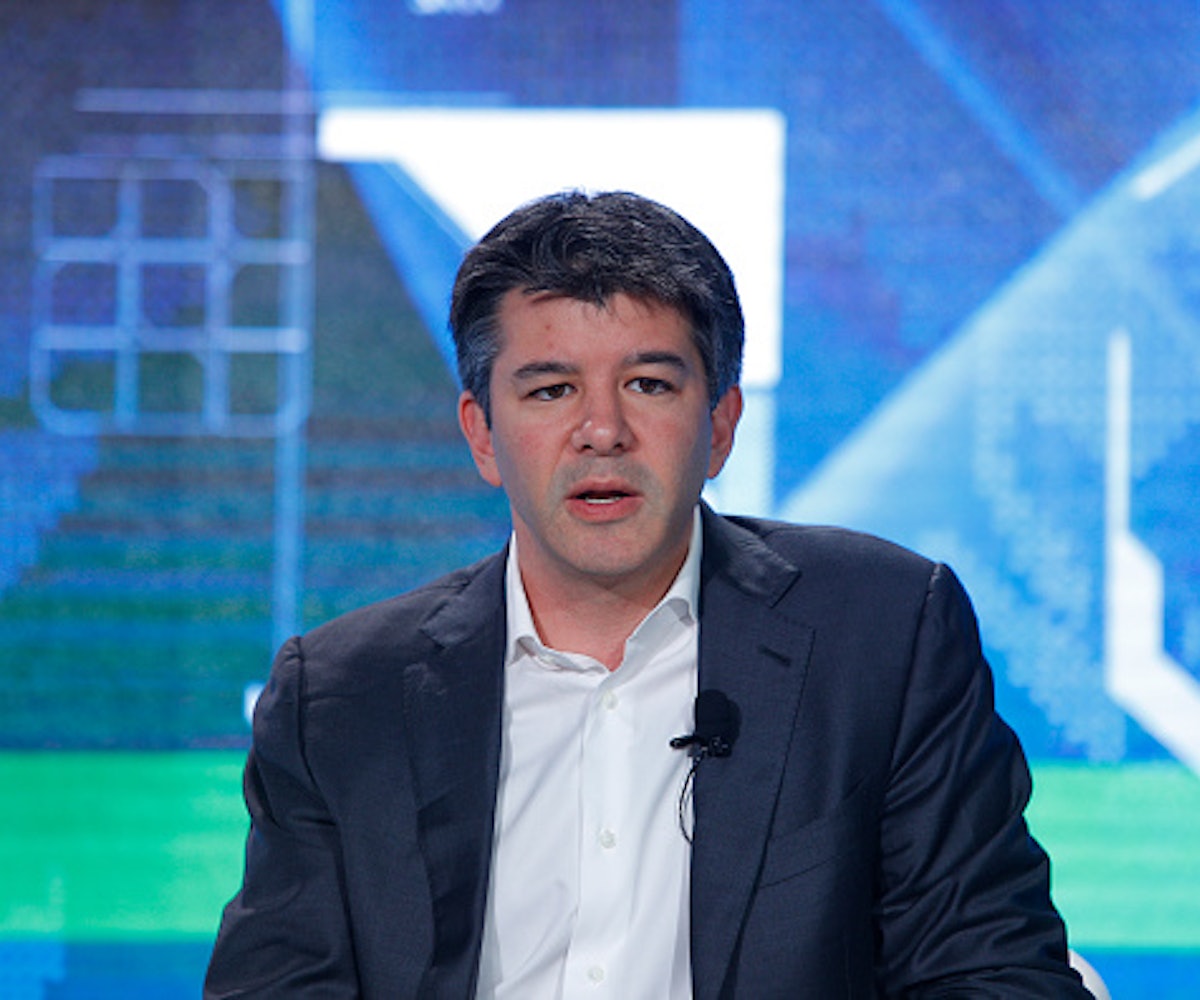 Just three months after Uber's president resigned because his "beliefs" weren't consistent with the company's ideals, the ride-sharing app's founder, Travis Kalanick, is stepping down as CEO at the request of shareholders.

His resignation came after hours of "drama involving investors," sources told the New York Times. Earlier yesterday, five of Uber's major investors demanded that Kalanick step down immediately via a letter sent to him in Chicago entitled "Moving Uber Forward." In it, investors told Kalanick that he must immediately leave the company and that Uber needed a change in leadership. After consulting with at least one board member and long discussions with investors, Kalanick agreed to leave, but he'll remain on Uber's board of directors.

The company's board said in a statement that Kalanick "always put Uber first" and that his resignation will give the organization "room to fully embrace this new chapter in Uber's history."

Kalanick's resignation follows months of controversy surrounding Uber after former employee Susan Fowler published a blog post detailing the company's toxic work culture, involving discrimination and sexual harassment. The company also came under fire for using a program to deceive authorities in cities where the ride-hailing service was resisted or banned by law enforcement. This tone was set by Kalanick, who was aggressive in expanding the company and upending the transportation industry.

In the past few months, Uber fired more than 20 employees over harassment, discrimination, and inappropriate behavior and has begun making drastic changes to improve the organization's culture, including searching for new executives. Earlier this month, the company held an all-hands meeting to address issues with gender discrimination, during which one board member made a sexist joke and Uber's human resources chief asked everyone to hug each other.

Amidst all of this, Kalanick announced last week that he would be taking a leave of absence, in part to grieve the loss of his mother, who died in a boating accident in May. In the meantime, Uber's management would be left to about 10 executives. However, a leave of absence didn't satiate stakeholders, who'd invested millions in the company, and they insisted Kalanick step down permanently. Bill Gurley, a partner at Benchmark and one of the earliest supporters of Uber, said of Kalanick, "There will be many pages in the history books devoted to @travisk — very few entrepreneurs have had such a lasting impact on the world.”

In the "Moving Uber Forward" letter, the five shareholders asked for improved oversight of the company’s board by filling two of three empty board seats with “truly independent directors," demanded Kalanick support a search for a new chief executive, and requested Uber immediately hire an experienced chief financial officer.

Also yesterday, Uber emailed its drivers to let them know they would soon be allowed to accept tips, among several other new initiatives. “Over the next 180 days we are committed to making driving with Uber better than ever,” the company said. “We know there’s a long road ahead, but we won’t stop until we get there.”