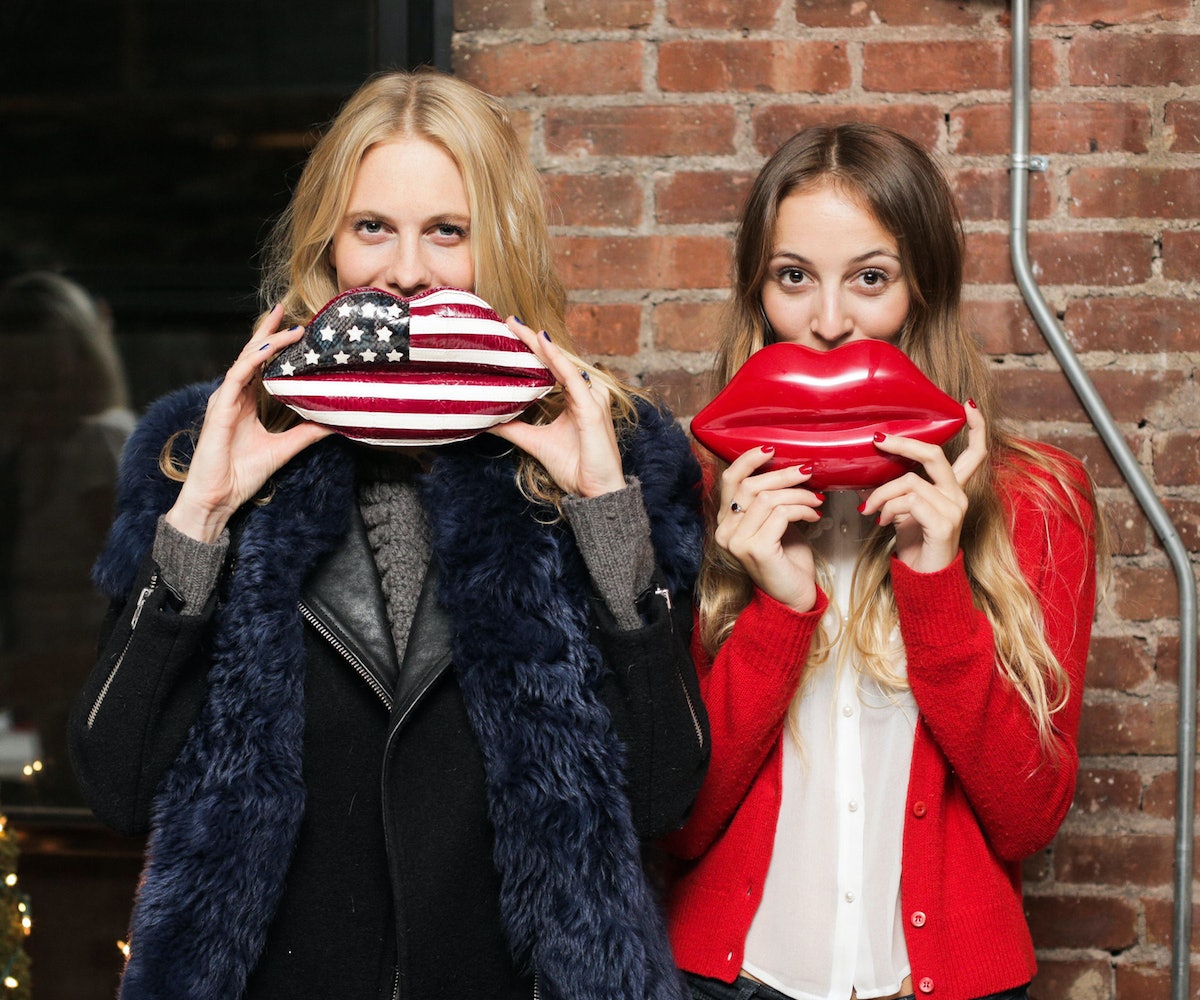 We've spent the month telling you about our favorite It Girls--and yes, we've got a lot of them. But it got us wondering: We know who we love, but what about them?

So we created an It Girl chain (love) letter. The idea was simple: We asked our cover girl Alexa Chung to pick a girl who she loves. We then had Chung's chosen It Girl fill out a questionnaire about herself and pick another It Girl, and so on until we had a chain of It Girls.

The end result might not be the most famous faces, but this much is for sure: They're all really awesome, and they've got the cool friends to prove it.

Flip through the gallery to check out the picks, from Alexa Chung onward--and to find out if your favorites made the list.

HER PERSONAL IT GIRL IS: Poppy Delevingne because "Poppy has the sexiest voice in London, possibly even the world. I've always admired her spirit--she's a walking party and possesses that magnetic quality that's impossible to fake. You either have It or you don't."

SPENDS HER DAYS: "Counting the freckles on my face."

SPENDS HER NIGHTS: "In a bed big enough to swim in."

IF SHE COULD DO ANYTHING SHE WOULD: "Build a house made of cheese."

IF SHE BECAME KNOWN FOR ONE THING IT WOULD BE: "My dirty laugh."

HER PERSONAL IT GIRL IS: "Harley Viera-Newton because she's ace and has hair like Rapunzel."

SPENDS HER DAYS: "Being anxious about my nights."

SPENDS HER NIGHTS: "Being anxious about my days."

IF SHE COULD DO ANYTHING SHE WOULD: "Excavate a Tut-level tomb."

IF SHE BECAME KNOWN FOR ONE THING IT WOULD BE: "My grumpy cat Marmite."

HER PERSONAL IT GIRL IS: "Jen Brill!"

SPENDS HER DAYS: "In my office being a bo$."

SPENDS HER NIGHTS: "In front of my non-working fireplace in Brooklyn."

IF SHE COULD DO ANYTHING SHE WOULD: "Be friends with Exene Cervenka."

IF SHE BECAME KNOWN FOR ONE THING IT WOULD BE: "My Chanel bag obsession or (hopefully) my heart."

HER PERSONAL IT GIRL IS: "Olivia Kim because she's the most talented, gorgeous, and funny woman I know. If that's not It, I don't know what is!"

SPENDS HER DAYS: "Brainstorming and scheming about fun and energetic retail concepts and how to bring them to life!"

IF SHE COULD DO ANYTHING SHE WOULD: "Always be on time! I hate being late!"

IF SHE BECAME KNOWN FOR ONE THING IT WOULD BE: "That I might not be the sanest person in the room, but I will be the hardest working."

HER PERSONAL IT GIRL IS: "Maryam L'Ange because she is a magical storyteller, both literally and visually, has avoided the Madonna accent syndrome, and thinks that chopped cucumbers are the perfect snack after a night at the pub!"

SPENDS HER DAYS: "Scribing and imbibing."

SPENDS HER NIGHTS: "Dancing, on planes, or underneath a pile of cats."

IF SHE COULD DO ANYTHING SHE WOULD: "Open a cat sanctuary with Morrissey."

IF SHE BECAME KNOWN FOR ONE THING IT WOULD BE: "Making a memorable film I'm eternally proud of."

HER PERSONAL IT GIRL IS: "my songbird muse, Sian Ahern [left], because she's beautiful inside and out, and her music makes my heart melt."

NEXT UP
Culture
Spice Girls May Reunite For King Charles’ Coronation
Beauty
No One Does #PamCore Beauty Better Than Pamela Anderson, Herself
A Night Out
A Night Out With Rachel Bilson
Fashion
Collina Strada & Vans Team Up For A Chiller-Friendly Collection
Style + Culture, delivered straight to your inbox.