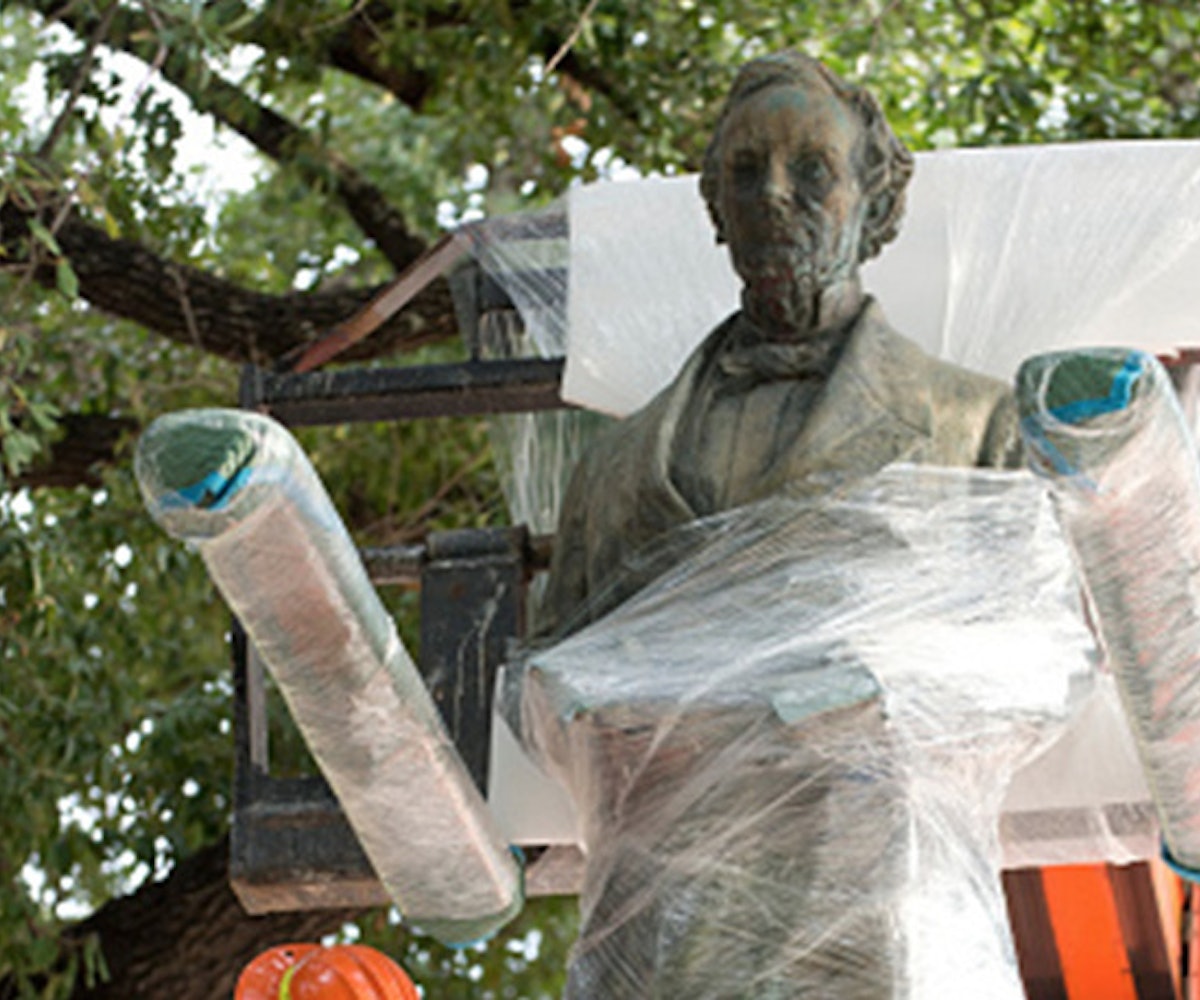 Last night, the University of Texas at Austin joined others, like the city of Baltimore, and removed all of the Confederate statues on campus. The school's president, Greg Fenves, ordered their immediate removal Sunday night, saying the monuments have become "symbols of modern white supremacy and neo-Nazism," NBC reports.

The university had already moved a statue of Confederate President Jefferson Davis to the Brisco Center for American History on campus in 2015, where the monuments removed last night will also go.

Less than 30 people gathered when the monuments were being removed, some in favor of Fenves' action and some against it. "I hate the erasure of history and my people's history ... people of European descent who built this country," a University of Houston student told NBC. "It burns me to my core."

A lot of people present strongly disagreed with this view. "They have no other reasons than 'you are erasing our history.' Their reasoning is flawed," activist Mike Lowe said. "These monuments represent white supremacy, and black lives haven't mattered in this county the same as a white man's matters."

The debate over whether or not Confederate statues should remain in public spaces was ignited when our president defended the neo-Nazis that held a rally in Charlottesville, Virginia, and killed one counter-protester, Heather Heyer. Trump called many of the white supremacists “fine people,” who were protecting a statue of Lee because its removal would mean “changing history” and “culture.”

To a lot of people, this debate goes much deeper than statues. "Last week, the horrific displays of hatred at the University of Virginia and in Charlottesville shocked and saddened the nation," Fenves said in a statement. "These events make it clear, now more than ever, that Confederate monuments have become symbols of modern white supremacy and neo-Nazism."

"The University of Texas at Austin is a public educational and research institution, first and foremost," he continued:

The historical and cultural significance of the Confederate statues on our campus—and the connections that individuals have with them—are severely compromised by what they symbolize. Erected during the period of Jim Crow laws and segregation, the statues represent the subjugation of African Americans. That remains true today for white supremacists who use them to symbolize hatred and bigotry.