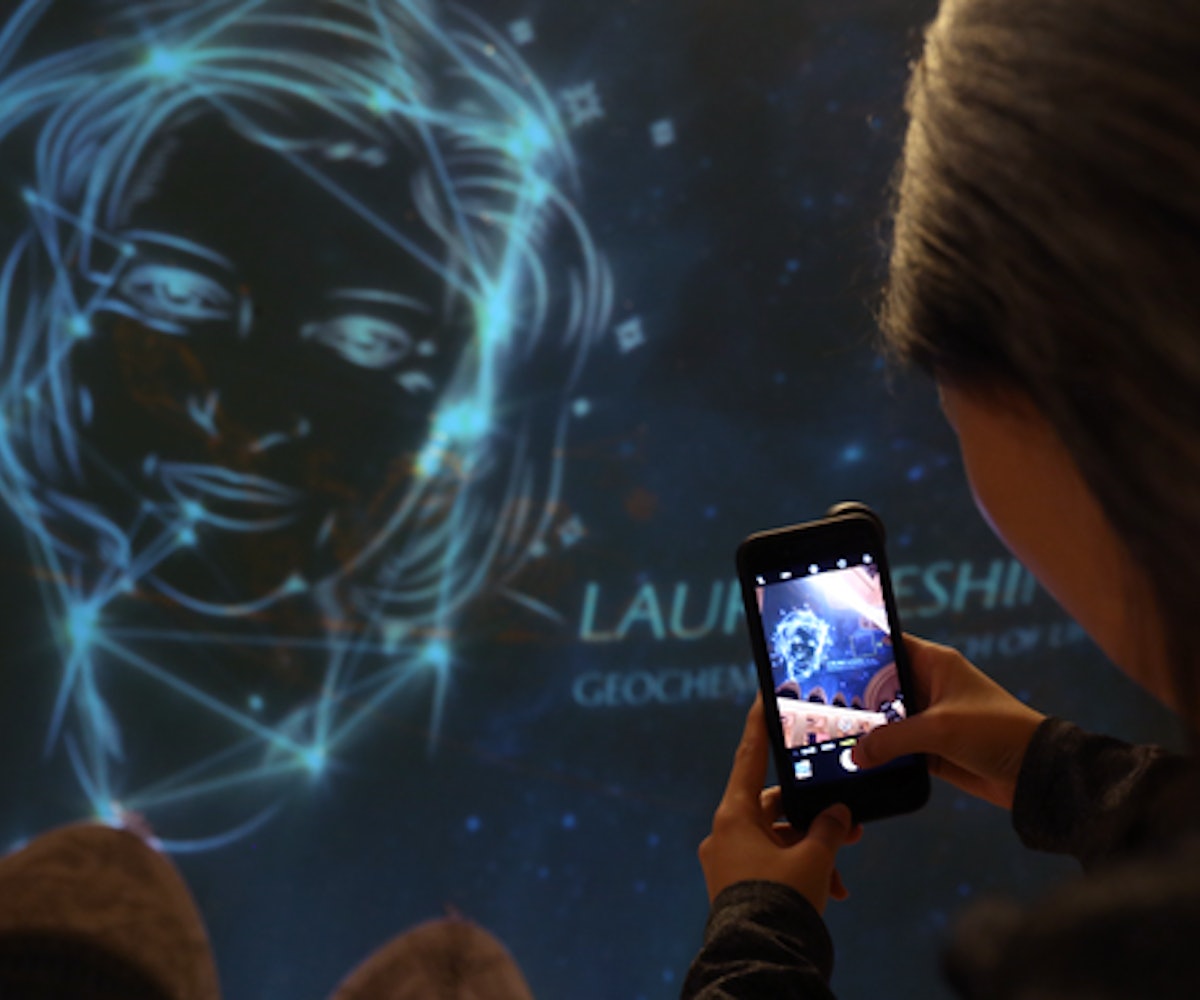 If you're in New York City this weekend, look up. The famed constellations of Grand Central Terminal are coming alive with a different set of stars: the faces of pioneering women in the fields of science and engineering.

Unseen Stars is a part of GE's Balance the Equation initiative, which seeks to increase representation of women in science and engineering. This weekend, GE is celebrating a handful of them by projecting their faces, rendered as constellations, across Grand Central's Grand Concourse ceiling. You'll see the face of Millie Dresselhaus, the first woman to win the National Medal of Science in Engineering; Laurie Leshin, a pioneer in the quest for life on Mars; and even 24-year-old Sabrina Gonzalez Pasterski, a major player in the research of quantum gravity. All in all, 12 women are presented among the stars. It's a rich meeting of architecture, education, and art. Not only does Unseen Stars ask us to look up physically, it tells us to look up to these women figuratively.

Unseen Stars will be projected until midnight of September 22. For those who cannot make it, GE is broadcasting it live on Facebook.