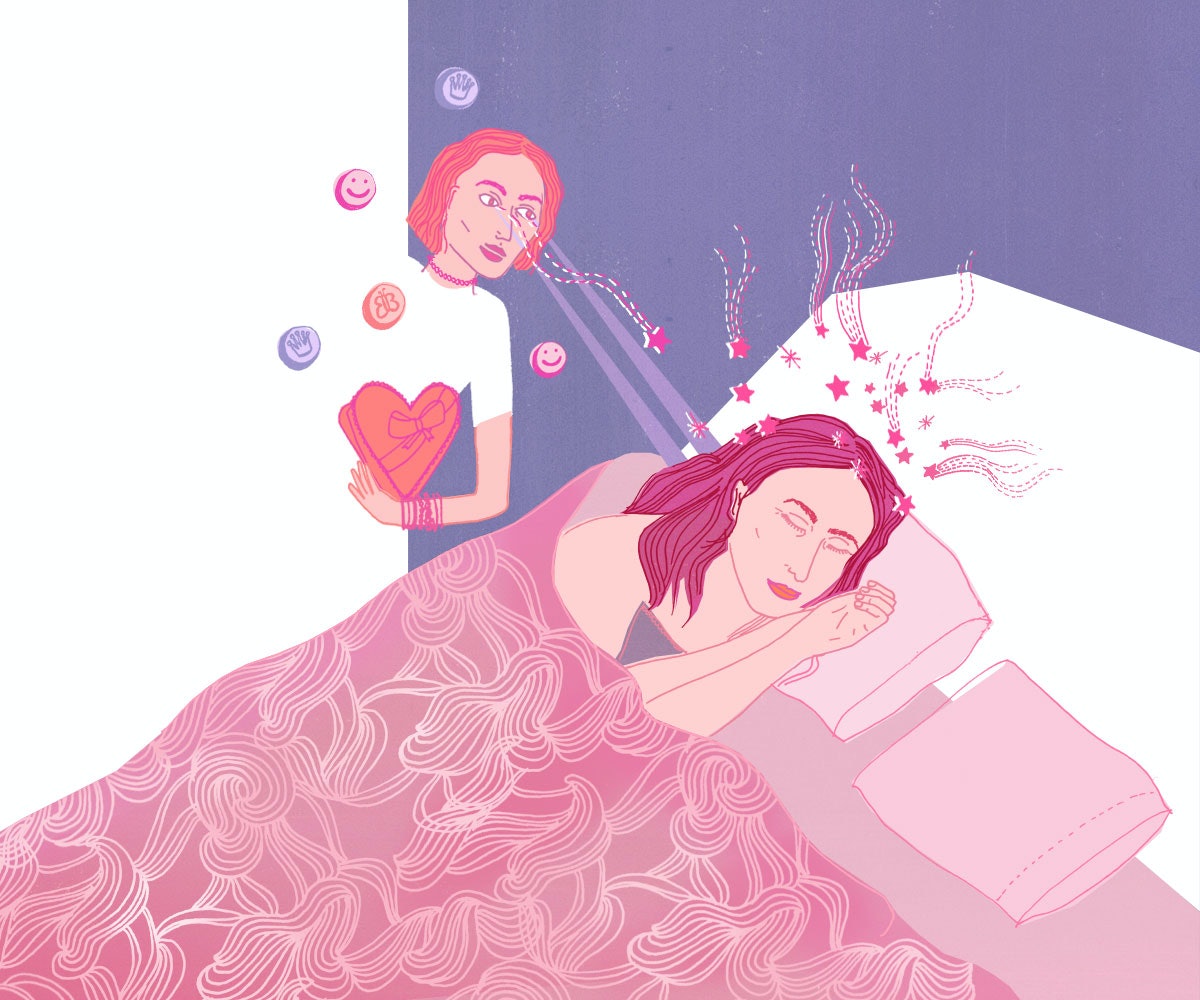 Valentine's Day is a day of love both romantic, familial, friendly, and self. It's day of chocolate, lace, of flowers...oh, and hot-dog stalking, high butt dialing, and tripping balls in front of your mom. Yep. These kind of things happen.

Because this day can be dark and full of terrors, we asked our friends and colleagues to share their worst Valentine's Day horror stories. Truly, they did not disappoint. Regardless of your personal feelings about the day, there's no shame in allowing these tales of woe to bring you a little bit of joy. Happy V-Day to all!

Click through the gallery to read our horror stories.

I met my first boyfriend because our parents were best friends. My mom had told me before that my boyfriend's dad smoked a lot of weed. My boyfriend looked up to his dad so much (he was studying to join his dad's dental practice at the time).

After the first Valentine's Day dinner we ever spent together, we went back to his parent's house. They were out for dinner and we smoked like ten joints and he starts talking about how his dad has never smoked weed in his life and I started laughing hysterically and told him that his dad smokes weed all the time. He was frantic and said, "you just ruined my entire childhood". He was basically crying. What we didn't know is that my boyfriend had butt dialed his dad while this conversation was happening, and the whole thing got recorded on his dad's voicemail. To this day, his dad still has the voicemail saved.

In college I got my boyfriend a rare Zombies' vinyl he'd been talking about for a year for Valentine's Day. When I gave it to him he looked around his kitchen and said, "Oh, I got you something too," grabbed a pineapple and a cantaloupe, and cut up a fruit salad.

Allow me to set the scene: I was 18, a freshman at some New York college, and was in my second "real" relationship. At this point, we'd been dating for about two months. He told me he had all the Valentine's Day plans set and not to worry. I never told him I liked when a boy made the plans, so this pleased me. He knew what I liked and was going to make something happen, right? He even brought me a box of my favorite cupcakes at the time: Crumbs' red velvet and Oreo flavors.

The first red flag was raised when we arrived at this Cuban spot on the Bowery, for my taste buds were (and still are) extremely plain and I'm not open to trying new foods. I didn't tell him this, though. I faked my interest and we walked in. After about five minutes, he realized the menu that night was prix fixe. He looked at me and whispered we had to leave because he wasn't going to pay that much money. Shocked and a bit peeved, I gathered my cupcakes and we walked back to his dorm room. He then ordered Chinese takeout that was delivered cold and wound up watching Annie Hall. I didn't share the cupcakes. I brought those back to my dorm and there, in solitude, ate my feelings.

NEXT UP
Entertainment
Paramore's "This Is Why" & 9 Other New Songs Out This Week
Life
NYLON Newsletter: October 3, 2022
Life
Read An Exclusive Excerpt From I’ve Had To Think Up A Way To Survive: On Trauma, Persistence, and Dolly Parton
Life
On Repeat: Vaquera’s Away Collaboration Is Brought To You By Britney Spears B-Sides