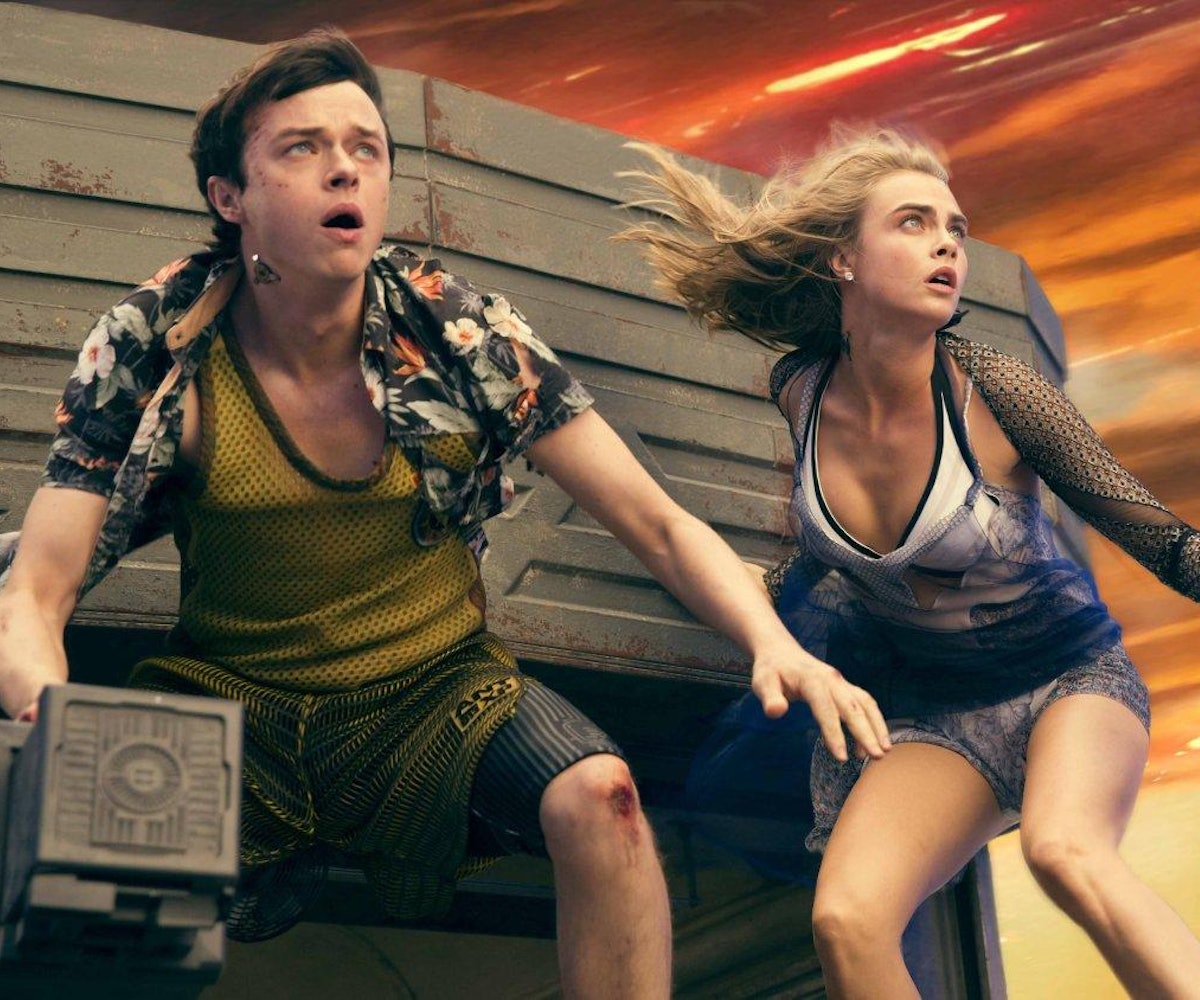 Watching Valerian and the City of a Thousand Planets, you get the sense that the movie’s director, Luc Besson, knew he wouldn’t get the chance to make a sequel. The sci-fi extravaganza, over two hours in length, is so overstuffed with worlds and creatures and gizmos and ideas that it was as if the French filmmaker understood this was the one and only time someone was going to give him $200 million dollars to bring to life a world he’s been dreaming about his entire life, and he needed to go absolutely balls out. And that’s exactly what he did.

The movie, set in the 28th century, is based on Pierre Christin and Jean-Claude Mézières’ comics series Valérian and Laureline, which Besson has been trying to adapt since he started making movies. It follows Valerian and Laureline, two space cops representing the Human Federation, played with little spark by Dane DeHaan and Cara Delevingne, as they venture to a floating metropolis called Alpha (think: the International Space Station on steroids), a melting pot of thousands of species where all the universe’s knowledge and ideas are shared in harmony. We learn early on that a mysterious force threatens the city’s existence, and it’s up to the two of them to identify the threat and stop it. That’s the basic plot of the movie, but you’re not going to see Valerian for the storytelling—which is clunky at best—or the unconvincing romance between its two leads. You’re going for Besson’s delirious, cracked-out vision, upon which he delivers.

What Besson and his team of art directors, animators, designers, and effects gurus have dreamt up is nothing short of spectacular. (Whether you need to see this movie in 3-D, as I did, is up for debate.) Besson showed off his sci-fi chops with magnum opus The Fifth Element, a space opera of pure imagination and visual ingenuity. But that was ‘97. Besson’s wildest fantasies were tied down by the constraints of the technology at his disposal. Now, 20 years later, in a movie landscape where actors give entire performances wearing things called motion-capture suits, the French auteur has taken full advantage of the seemingly limitless capabilities of computer-generated effects. There isn’t a single scene in Valerian that looks of this world. In fact, there’s so much to look at in every single frame that you’d need to see this movie more than once to catch it all.

A summer blockbuster in budget size and number of effects shots alone, Besson’s vision is so weird and singular that you can understand why a major Hollywood studio wouldn’t finance this. Instead, Besson convinced a bunch of smaller, foreign production companies to finance the sci-fi fantasia. If Hollywood’s version of trippy is Guardians of the Galaxy, then Valerian is that movie on bath salts. Instead of the blasters and lightsabers so ubiquitous in modern space operas, Valerian features a weapon here that shoots so many magnetic metallic balls that the target falls through the floor from the sheer weight of it all. There’s a grand bazaar that exists in another dimension, only accessed by special gloves and goggles. There’s a slender and sexy alien species that wash their face using magical pearls, and by the time Rihanna shows up as the sexy burlesque dancer you’ve seen in the trailers, you’re not the least bit surprised when she transforms into a squishy blue alien named Bubbles. At that, point you’re just along for the feverish ride.