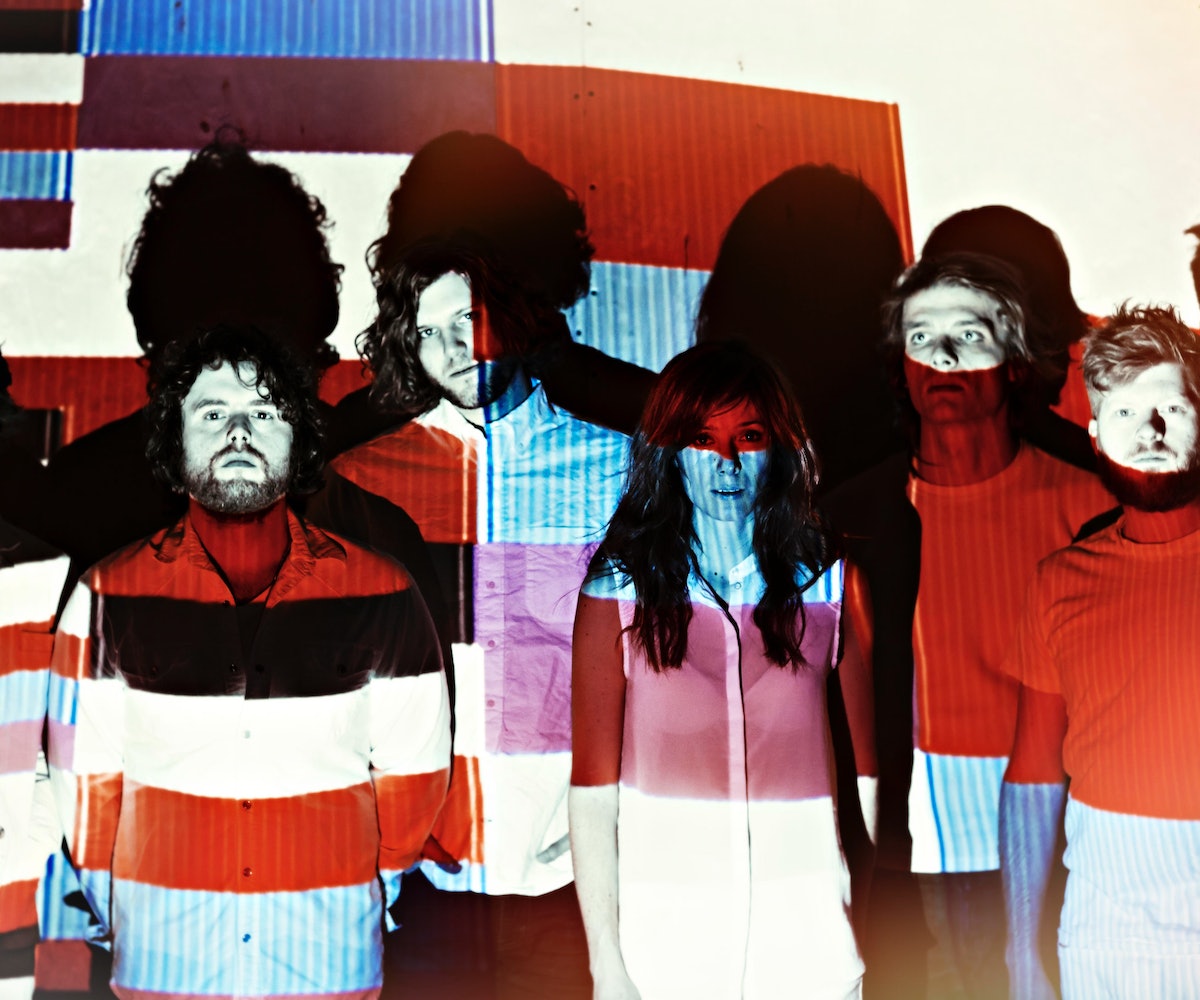 Have you ever felt completely alone in a crowded room? Avers channels that withdrawn mentality in the video for "Evil." Despite her orange hair and bright ensemble, the anonymous lead is merely a gloomy wallflower at a Skins-esque party. Under the twinkling lights, people (presumably on hallucinogens) with painted faces and creepy masks dance like madmen.

The song compliments the mood of the video perfectly, every noise echoing like a voice floating around inside your head. It's a rock circus that'll keep you spinning, but you won't want it to end. "We teamed up with the Flies collective out of Brooklyn to make a video for that reflects the themes of the song—loss of innocence and wild nights of excess," said the Richmond, V.A. band. "We could not be happier with how those guys made everything come together! Enjoy."

If you're not familiar, Avers is a six-person band comprised of members of The Head and The Heart, The Trillions, and Mason Brothers. Their sound is a conglomoration of psychedelic rock, hazy pop, and fuzzy shoegaze—basically the sickest combination you can get. In the band's own words, their music serves "as the soundtrack to summer conversations with strangers on rooftops everywhere."

We know that after you watch this video you'll be overcome with a sense of withdrawal, so make sure you keep tabs on Avers via Facebook, Twitter and Bandcamp to get your daily fix!