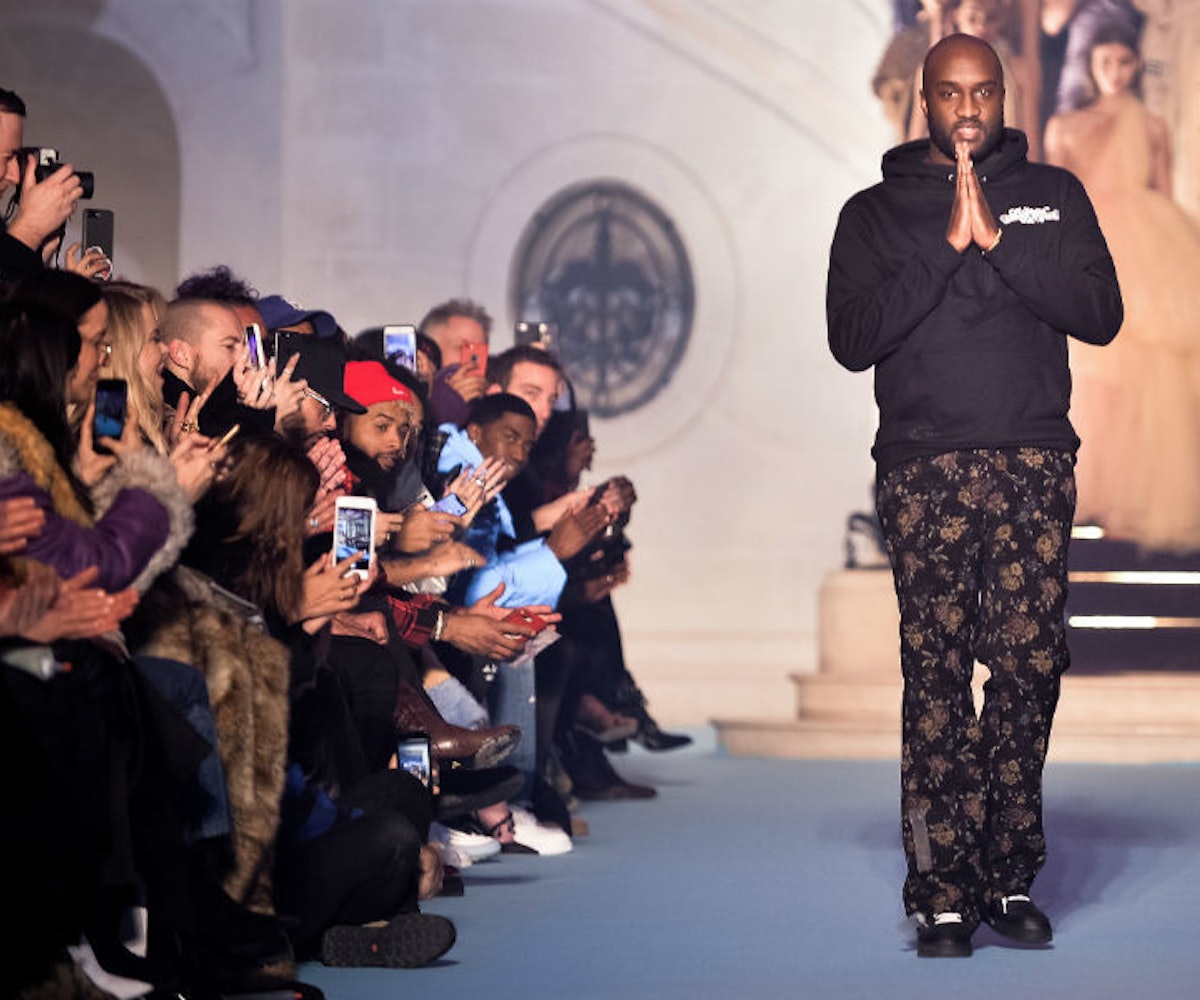 The position has been vacant since Kim Jones, who has been with the house since 2011, exited the role in January (he has since joined Dior Homme). “Virgil is incredibly good at creating bridges between the classic and the zeitgeist of the moment,” Michael Burke, chief executive of Louis Vuitton, told Business of Fashion about the decision.

Black designers are a rare sight in the fashion world, and seeing them in such high positions of power is even rarer. Sure, Olivier Rousteing has been the creative director of Balmain since 2011, and Ozwald Boateng was the designer for Givenchy’s menswear from 2003 to 2007. Other than those two, though, black designers have been overlooked for centuries, which makes Abloh’s new role such a big deal.

“This opportunity to think through what the next chapter of design and luxury will mean at a brand that represents the pinnacle of luxury was always a goal in my wildest dreams,” Abloh told BOF. “And to show a younger generation that there is no one way anyone in this kind of position has to look is a fantastically modern spirit in which to start.”

The designer says he hopes to rethink how the brand communicates with its consumers, look at the release of its products, runway shows, and interaction with global politics. He tells BOF that he’s put together an eight-page “brand manual” redefining the Louis Vuitton’s ethos. “The first thing I am going to do is define new codes,” he explains. “My muse has always been what people actually wear, and I am really excited to make a luxury version of that.”

Now, some could argue Abloh’s resume doesn’t qualify him to hold such an esteemed position. He’s not a “traditional” designer, didn’t go to fashion school, and got his big break creating album covers for Kanye West. Regardless of that, he is immensely talented and has managed to become one of the most sought-after streetwear designers in the industry, due in part to his ability to tap into the younger generation. Any launch with his name attached has lines forming before breakfast.

Just last week, we wrote how rare a moment like this is in fashion. We’re glad to see the industry finally doing something about its lack of color.