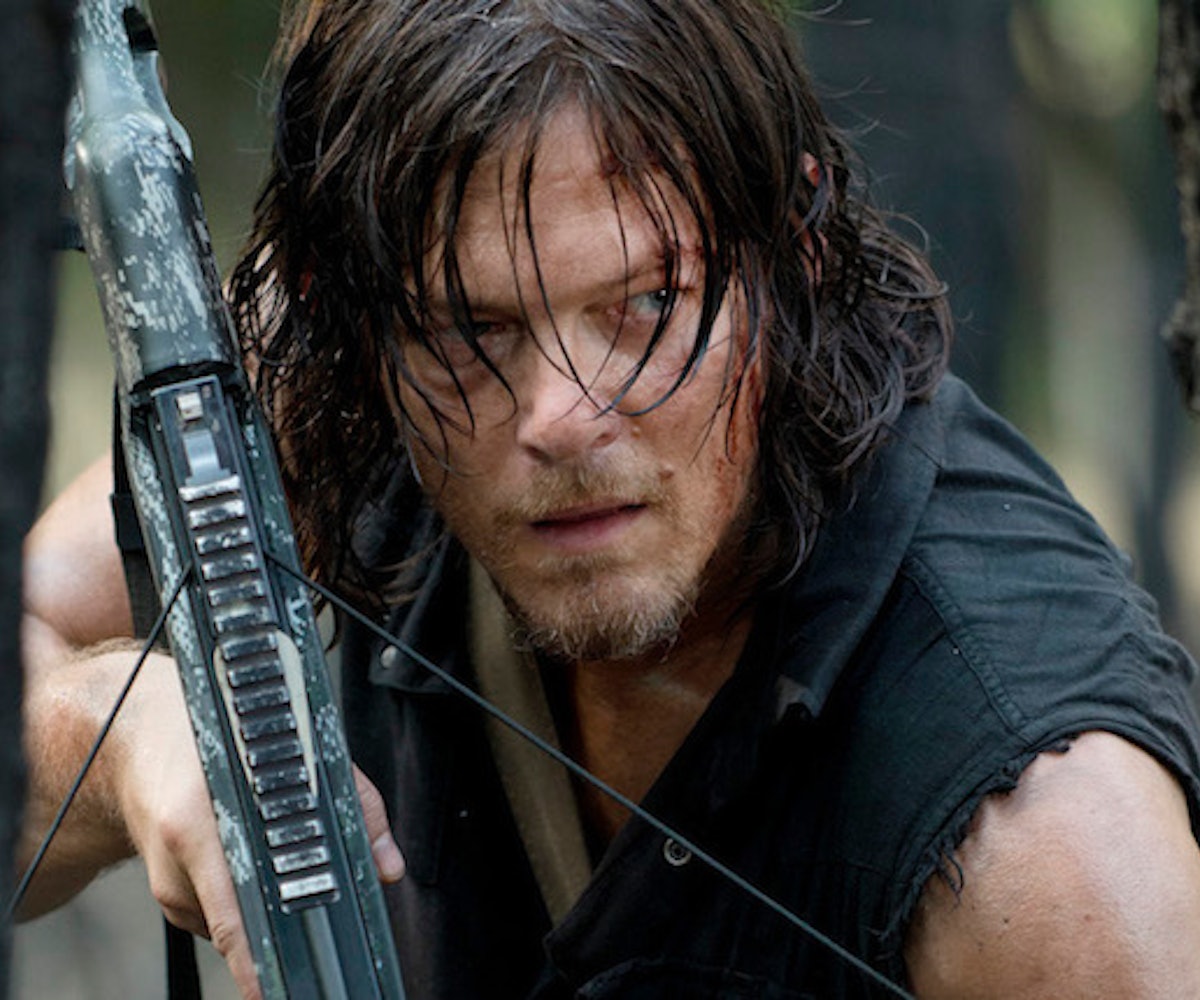 Avert your eyes and run away if you didn’t see last night’s episode of The Walking Dead for spoilers are a-coming.

Now, for those of you who did see Sunday’s “Always Accountable,” there were two notable, head-scratching moments. First off, Abraham made a very MRA pitch for Sasha’s heart pretty much out of nowhere (a pitch she didn’t rebuff completely). Secondly, as Daryl and company rode back to Alexandria, someone yelled “help” through his walkie-talkie—someone many fans are speculating is the possibly dead/possibly alive Glenn.

As The Huffington Post and other outlets report, it’s a decent theory. We’ve already shown you photographs suggesting that—whatever his fate in last month’s episode, “Thank You”—Stephen Yeun may still surface in some forthcoming episodes of The Walking Dead. (Note the emphasis on "may.") Further, not only has Yeun not made the usual post-mortem showing on The Talking Dead, but observers claim to have spotted him filming scenes that have yet to be aired this season. Whether those scenes are indeed for future episodes or yet-to-be-seen flashbacks, we don’t know. Generally, the fan base and engaged experts believe Glenn will return at some point.

Given the last moment of Sunday’s show, however, there are a lot of people out there who believe that Glenn is not only alive, but calling out for rescue. The Huffington Post has a solid breakdown of the theory, including some non-scientific voice analysis. For our part, we don’t have a concrete take on this. There’s no reason it’s not Glenn, but we can’t get a good read on that voice.

One person who’s claiming it’s not Glenn is Daryl Dixon himself, Norman Reedus. In an interview with IGN, the actor said, “It's not Glenn! Don't ask me! It's not Glenn!” In our experience, Reedus isn’t much for messing with fans as so many Game of Thrones actors and producers did when people still wondered if Jon Snow was dead or not. Yet, there is that possibility.

Bottom line, there’s a pretty strong chance that audiences won’t get the final word on Glenn’s status until at least the mid-season finale. With only two episodes left until The Walking Dead heads for winter hiatus, Glenn fans can’t afford to miss a minute.