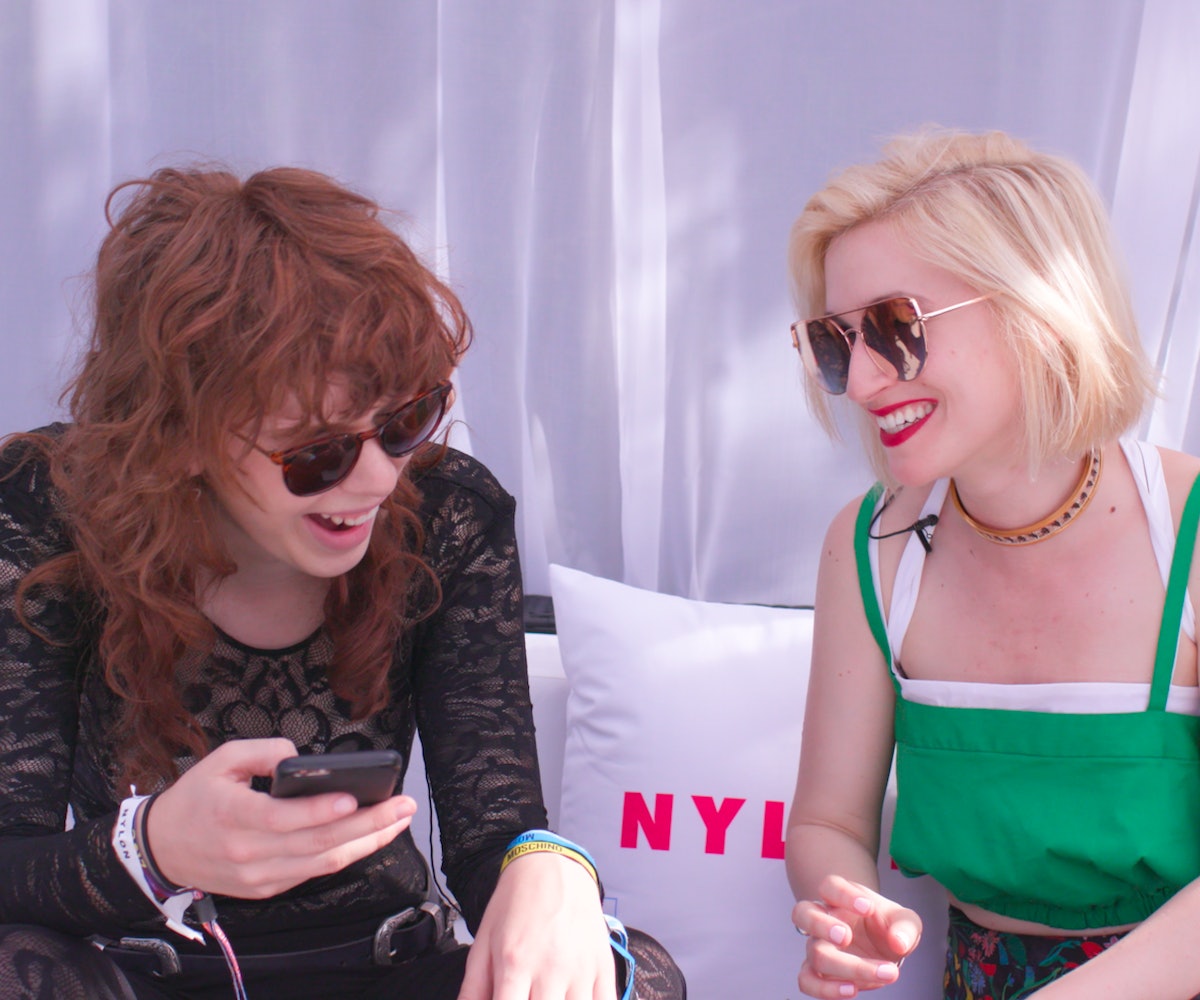 It's taken a minute, but the dust from Coachella is finally off and settled. And here to relive its final memories is a peek into our big Sunday brunch where the vibe was more tranquil than turnt. While guests rested up for the final headline push, a few of our favorite artists came through and answered the very important question of recent Google searches. But not just recent—recent weirdest Google searches, because what better way to understand their inspiration than internet history? Some delved into the conspiracy theory pool, others went into Katy Perry territory. BROODS' Caleb Nott laid down some knowledge on San Diego, too. But perhaps the rush of the weekend got the best of that knowledge because we did a little Googling of our own and it turns out San Diego became an American city not in 1849, but a year sooner. No biggie, though. Aren't all facts today alternate, anyway? Lemme Google that real quick.