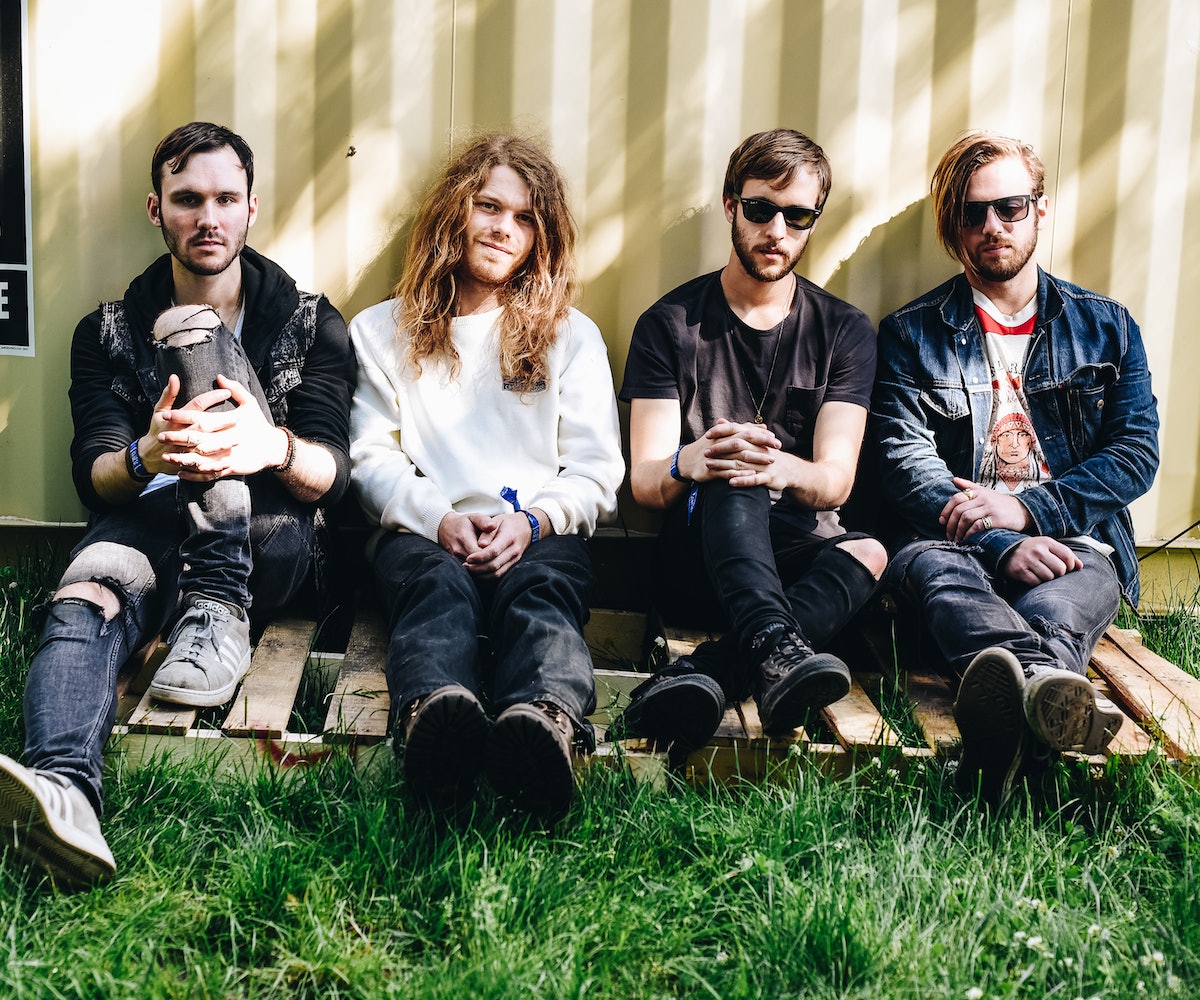 The Welles era is only just beginning. Welles' just-dropped, five-song EP sounds like the kind of stuff a kid raised solely on psychedelic rock would make after dipping their feet in experimental college radio. Codeine is rife with dreams, trips, and sober reflections all told through music you just don't hear anymore. There's an authenticity to frontman Jeh-sea singing, "Lost myself, found myself, killed myself / And brought myself to life" on the EP's title track. It's neither emo nor theatrical—just very matter-of-fact rock that fits nicely alongside the early works of Bob Dylan and The Flaming Lips. We've got a modern classic on our hands, friends. Just you wait.

Learn more about Welles in our interview with Jeh-sea, below.

The album itself and making music that resembles all the music that we love, which is The Beatles, Sabbath, Zeppelin, T. Rex; good pop-rock music [is] an art that's not quite as prevalent as it used to be. It's still there, and it's still very good, but I don't think it's really in the mainstream at the moment.

I'm sure we would just fight like dogs, anyone that I would want to, but I reckon John Lennon during the White Album era would be a good roommate, pretty dysfunctional and strung out.

Depends on the mood. I like Jackson Browne’s "Doctor My Eyes.” That's a really good one. King Gizzard & the Lizard Wizard will take you on a trip, whether you're going on one or not.

Beck’s. It's just great. It's great music, and it keeps getting put out in a new way. There are some different things I'd like to do, definitely. Maybe I don't need to reinvent myself as drastically as he has. I think that guy's had an incredible career, and he's remained so independent through all of it. Or, at least, it appears that way.

My bedroom. It's where I write all of it. I don't have the luxury of having a secret place.

A good pair of dungarees. Those'll probably last you a lifetime if you don't scoot around on your ass to walk.

No, no, nothing. I don't really participate in any kind of spiritual realm. I’m very material, you know? A kind of Hobbesian, Randian existence where the only real thing is that which is in front of me. No black cat is gonna put me on edge, you know? There's other shit going on.

I'd want to live in the freest era. So where's the most freedom? Probably in the New World and in the Americas and the mid-19th century where you had the Wild West and stuff like that. If you could get way out West, maybe out in Albuquerque or somewhere out in New Mexico and build your own house and have all your own food and that sort of thing. Actually, you can't really find that while in New Mexico; so maybe Arkansas. I’d like to be able to subside off myself.

I love to listen to a good album.

What's the last good album you listened to alone?

Well, I was just listening to the new King Giz stuff and their new video that just came out. I think it's great. I like going through Flightless Records' roster and listening to the Murlocs, and ORB, and King Giz, and Babe Rainbow, and Pipe-eye. All the good stuff that's coming out their way. It may just be that it's the only source I found. I'm sure there are other sources of wonderful music, but they really... they compartmentalize and do a very good job of distributing it to me via YouTube. That's how I consume it.

Are you on Spotify or any of those?

No, I don't do Spotify or any other players. YouTube is how I've always done it. Whatever algorithm they have in there, I don't think is really swayed by a number of plays. I think it really has to do with the subject matter, so it takes me to places that are very tiny and that no one else has listened to. Like, 470 people have liked this video or have even viewed it, and I'm sitting there enjoying the shit out of it. It bugs me anytime I’m on social media or listening to music when I get suggested something. I think a lot of people feel the same way. How could you possibly know my taste, you know? I like to find things on my own; at least YouTube lets me fake-find shit on my own.

Recording in the studio. That's when it's best.

Confused. You're over in Arkansas, and you're playing sports, playing football, baseball, track, the whole run of it. Lifting weights and running around with these meatheads, and you're one of them. You really are. But at the same time, you're thinking about being wintery and yellow and liquor-y, and you've got this kind of Lennon spook on your ass, and you want to be the horror and the terror, but at the same time, you are a high school boy. I had to get away from it in order to kind of find what I wanted to be.

I'm proud of being creative. What I really love and what really gets me off is being handed just a shit show, a basket case, and then making something out of it. If it's a shitty guitar off Craigslist and making it your own, or if these are the only chords I know, and I'm going to make a song with them—that's where it's at. If all I have is this small number of gear, we're going to figure out a way to record. That's where I thrive. That's what I enjoy. It's not always good. It's not always easy to listen to or anything like that, but that's really what gets me off.

I don't know. I can't quite tell if I've already got the next album written or if I need to write it. There are so many songs. We could just choose from those older ones and go with those and make the next album, or I could write all new shit, and we could do that. Or a combination? The EP's a combination. It takes so long to release music because there's a marketing aspect of building your fans and that sort of thing. If it were me, I'd be like, “Oh, I wrote this song today,” and then the next day, it's, “Oh, I wrote another song.” You don't enjoy albums, you enjoy eras of people and their creativity. I can think of Beatles albums versus Beatles eras, and it's like, I love Lennon, and Revolver, Magical Mystery Tour, and Sgt. Pepper. Well, what do you love? Do you love those three albums, or do you love that era of that person's music? Had they been releasing it day after day, you would've heard some of the best music they made, to you.

Finish it. See it to its end. It's very important to finish, even if you only ever start one thing.