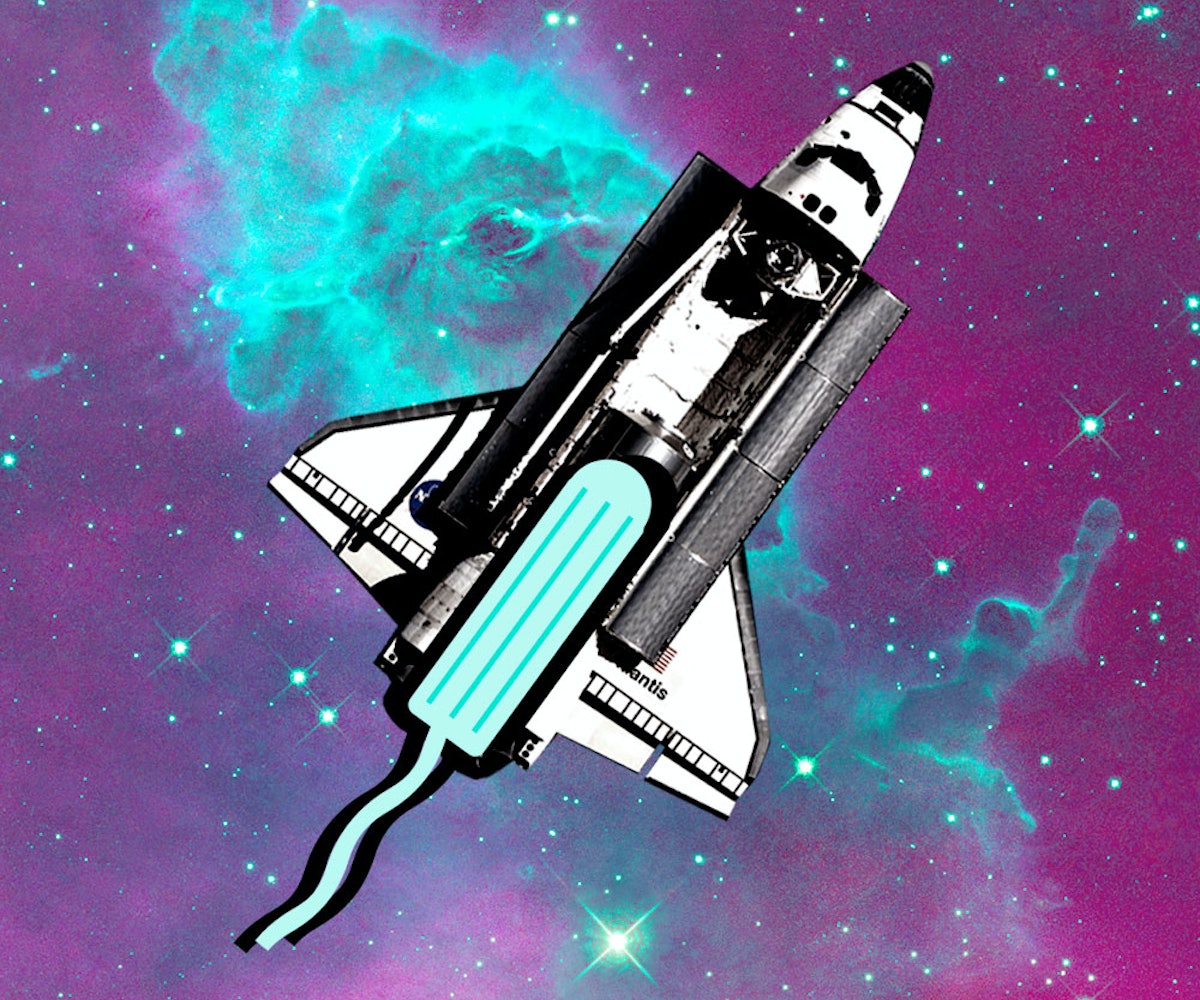 Philosophers have long scratched their heads and tried to dissect the answers to life's pressing questions. What is the meaning of life? Is there a formula for finding happiness? But today's kids don't concern themselves with these kinds of Big Ideas. They're way more interested in other things, like how to become rich and famous or what happens when women get their period in space?

According to NPR, the most frequently asked question during their live conversation with three astronauts and NASA's chief scientist was just that: "What happens when you get your period in space?" Well, apparently there's a long history behind this question. Initially, it was used to prevent women from becoming astronauts. "Some claimed that menstruation would affect a woman's ability and blamed several plane crashes on menstruating women," NPR's Adam Cole writes. Although studies carried out during the '40s showed that this wasn't true, the idea lived on. From it arose theories that various health problems would occur—like the idea that microgravity would increase "retrograde menstruation."

Well, time went on and people realized that women should be allowed in space—there was no more danger involved than, you know, hurtling through the stratosphere in a massive rocket. And now we know that nothing abnormal happens when women get their periods in space. Nothing at all.