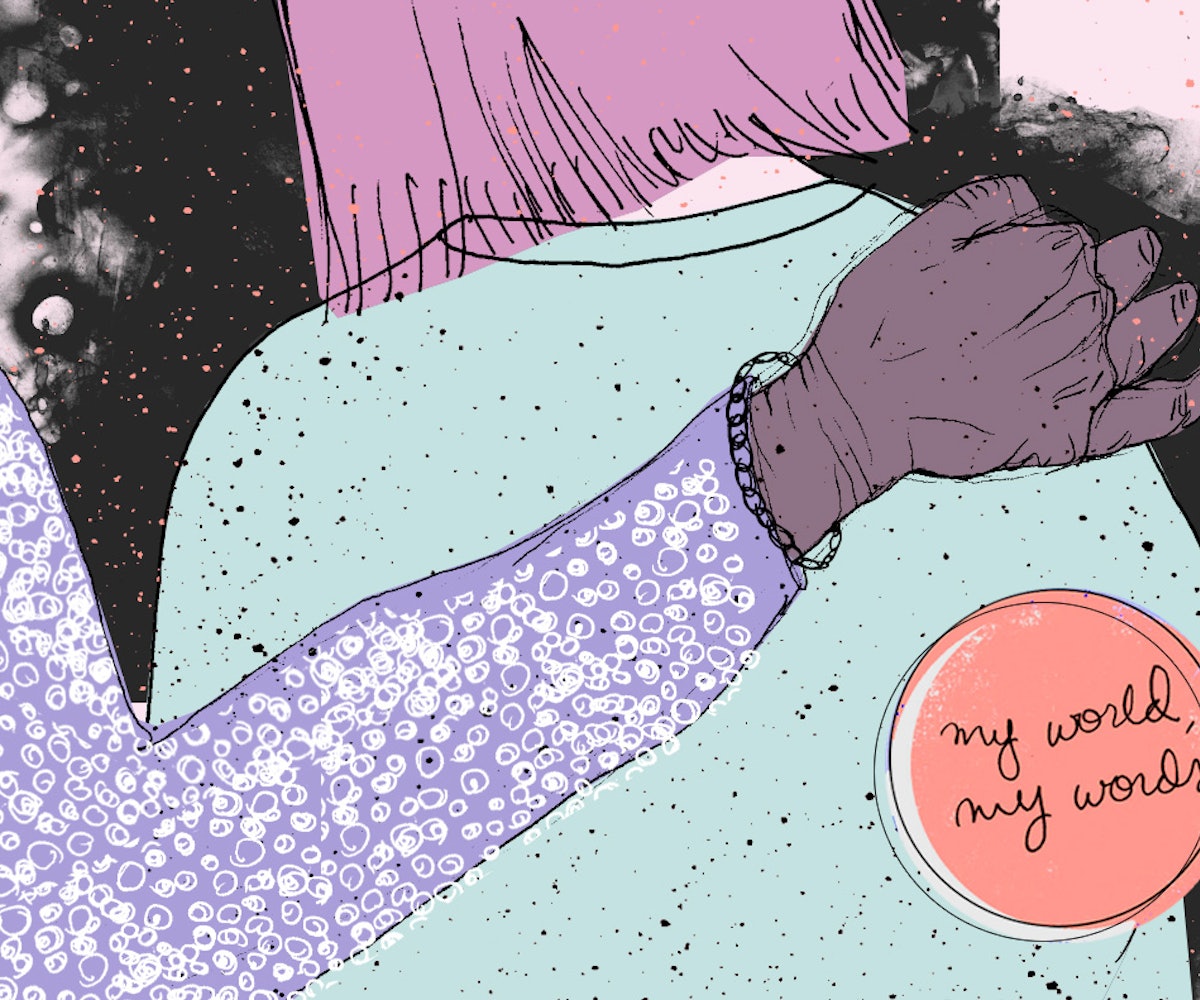 My World, My Words is a series of first-person essays featuring totally unique, inspiring experiences unlike anything you've heard before. The most interesting stories are also often the most overlooked, so we're on a mission to find them and share them with you. Written by people from all walks of life, these essays will move you in ways you might not expect—and that's the point.

I told my mom I didn’t want any kids on my 23rd birthday. I figured it was the one day she couldn’t get mad at me. She stood there as I, her only child, told her I wouldn’t be continuing our family’s Spanish heritage. She hugged me and asked me if I was sure. I nodded and that was that. Despite her approval, this realization still made me feel unfit for the world–like wearing shorts to a fancy dinner, awkward and out of place.

It’s what I wanted, though. I knew it in my heart. Why couldn’t I deal with the views of others and my decision? I told my friends and as expected, I was the only one that felt uncomfortable. They were nothing but supportive though, already assigning me the role of cool aunt to their future offspring.

Since then, it’s still tough to talk about. It’s like being a teenager and feeling self-conscious about your body. When you say, “I don’t want kids,” people look at you in a certain way. You think, oh my god, maybe I shouldn’t have said that. Maybe I should have just smiled and nodded.

For some people having kids is their calling, and I respect that. It’s not that I dislike kids, I just never felt like I wanted them in my life. As women, we’ve fought for the choice to have kids (or not) on our own terms. We shouldn’t be judged for what we do with that choice, but we are.

At 25, I got a job at a Baptist church in the South. Talk about feeling out of place. Despite this, I found comfort in finally having stable work that was close to home and with enough income to pay down my debt.

I met Ruth one Thursday afternoon as she took her post at the front desk. Ruth was 86 years old at the time and the sassiest of the Sunday School bunch. She instantly took me under her wing and protected me from the mean old ladies that left the halls stinking of strong perfume.

Early in 2014, I started working on a personal challenge to deal with anxiety. My anxiety was reaching upsetting levels and I figured baking would help deal with it. I told Ruth about it and we bonded over pie crusts, using vodka as an ingredient and opening windows to the summer air. She taught me to be patient with my pies and gave me tricks to make them even more delicious. One day she told me, “Always keep vodka in the house, Muriel. For pies and for life.”

Over the next year, I learned that Ruth never married or had children. She always talked to me about my past conquests and how I should always have a Plan B, but she never spoke about her own life.

One day, I mentioned my insecurities about not wanting kids. On that sunny afternoon, as we assembled church programs for the Sunday worship, she quickly reassured me that there was nothing wrong with me. Despite coming from a conservative family and being conservative herself, she never saw herself having a child. All of the men she met and loved wanted to have them, but she put herself first and didn’t comprise her gut instincts for marriage. During the time, it was unusual for a woman to make that decision, but she said she never regretted it. She looked at me with her kind eyes and said, “When you know, you know.”

That day Ruth was wearing a purple sequin jacket laid over a black outfit, always making a statement despite being a soft-spoken lady of the South. I asked her about having it all and what it meant to her, but she quickly dismissed the concept as archaic. She reassured me that we all have different paths in life since we’re obviously all different people. She wasn’t sure why all of the sudden we are being packaged as robots with no dreams.

We spoke about these issues every afternoon she worked at the front desk, and despite her conservative leanings, we found something to bond over (aside from pie, of course). I would’ve never expected to find my confidence in my 89-year-old co-worker. But I’m more comfortable being myself because of Ruth and I’ll never forget that.